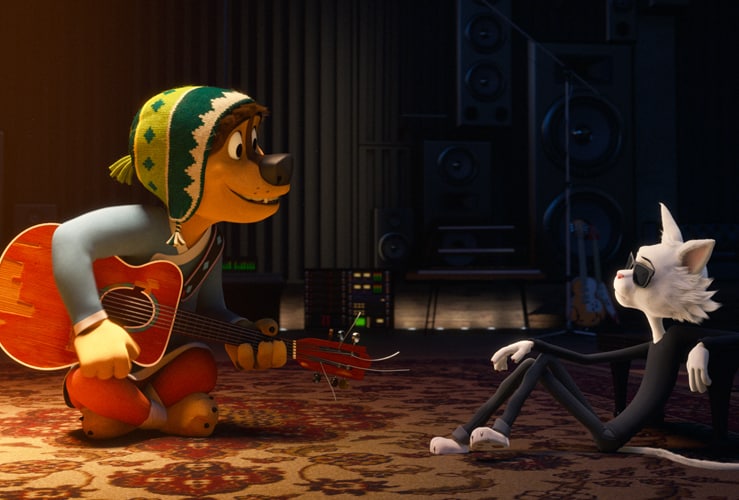 Music is what fuels our souls, and when you’re young – it may be what sparks that fire inside you. But what do you do when your life has been mapped out for you and no one is allowed to play music at all? That is the problem that Bodi, the main character in Rock Dog faces in the new coming of age cartoon being released today. 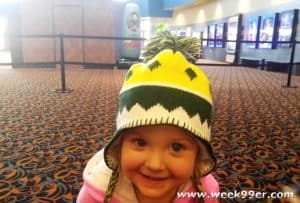 We went to an advanced screening of Rock Dog, the movie is being released by Lionsgate Entertainment and guests were treated to a kid DJ spinning some awesome music for younger listeners, a tambourine to play of their own and even a hat just like the one that Bodi wears throughout the length of the film.

The movie follows Bodi, the son of head Tibetan Mastiff in the village who wants nothing more than to become a musician. His father wants him to be a guard and help protect the village of sheep and to do nothing more than follow the path that was set for him. But Bodi’s love of music gets a kick start by a surprise from the sky, and he begins his path towards what he thinks is his destiny. Mixed with bad guys, a rock star and some fun musical numbers, Rock Dog is a movie that everyone in your family will enjoy. 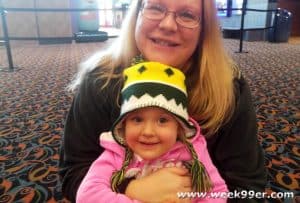 Overall the animation of Rock Dog is nicely done, and it was obviously not a low budget film to get done. It did have some elements in the film that reminded you of other recent animated films, but the movie was original and the story was genuine and even had the adults laughing. A couple points of the movie did seem to be a little slower, but the movie did pick up again shortly after. Rock Dog isn’t going to be a very cerebral movie, but that wasn’t the market they were going for when they created the film. It is, however, a fun movie for the family and one kids will enjoy. With a name like Rock Dog, we would hope there was more musical bits from the main character and one of the antagonists – but maybe that is going to be in the sequel?

Rock Dog is rated PG, but our littlest viewer (who is almost 3) loved the movie and was even dancing along to the music in the aisle. 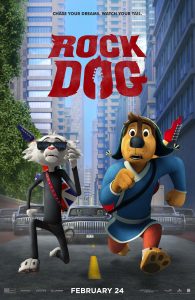 For the Tibetan Mastiffs living on Snow Mountain, a dog’s life has a simple riff: Guard a peaceful village of wool-making sheep from the thuggish wolf Linnux (Lewis Black) and his rabid pack. To avoid distractions, Mastiff leader Khampa (J.K. Simmons) forbids all music from the mountain. But when Khampa’s son Bodi (Luke Wilson) discovers a radio dropped by a passing airplane, it takes just a few guitar licks for his fate to be sealed: Bodi wants to be a rock ‘n’ roll star. Yet that means defying his father’s wishes, heading to the city, and locating the legendary – and reclusive – musician Angus Scattergood (Eddie Izzard), who needs to write a new song and fast.

If Bodi can put a band together, help Angus with his song, and defeat the wolves’ plot to take Snow Mountain, his life will be in tune. Bodi will become what he’s always dreamed of being: More than a dog … more than a Rock God… he’ll be a ROCK DOG!