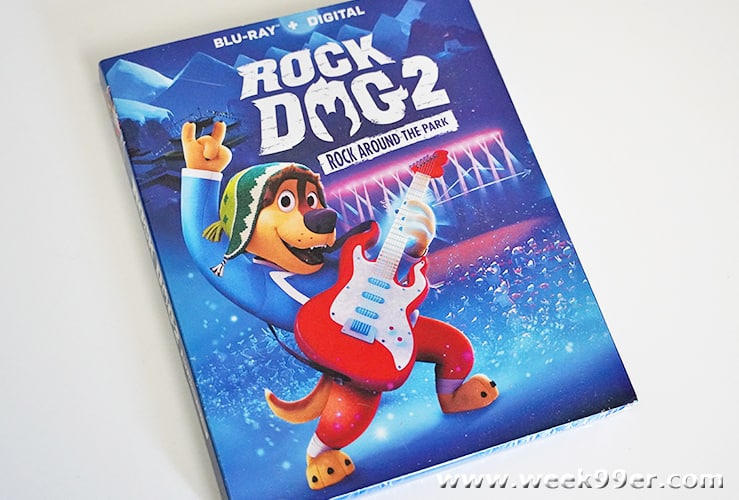 While it didn’t get the attention or the media it probably deserved, Rock Dog quickly became a fan favorite and one that kids loved to watch over and over again. The story about a young dog who wants nothing more than to come down from the mountain and be a musician. While his dreams come true, he’s able to use his powers to help save his home.

In almost a complete rehash, Rock Dog 2 has been released with a similar story line. There’s a bad guy, the dream to get big and the community he loves being in danger. Yes, Rock Dog 2 brings Bodi and his friends back to the screen – but it lost some of the magic the first one had. While all of the characters were previously modeled and the world created – it seems like they were rendered at a lower quality fitting a made for TV spin off. The first movie was a joy to watch, even without kids around. The sequel, was hard for us to even get through the first fifteen minutes. Something just feels off. Rushed, or I’m not even sure what is wrong with it.

The lack of rendering quality, the lack of direct and even the very base level story may work for younger audiences but we can absolutely see why this went direct to home release instead of trying for a theater audience. Maybe the rush to push it out to capitalize on at home viewers is what ruined this movie.

The True Blue band is back to rock the place when Rock Dog 2: Rock Around The Park arrives on Digital June 11th, and on Blu-ray™ (plus Digital) and DVD June 15th from Lionsgate.

One year after the events of the original Rock Dog, Bodi and his band, True Blue, have become locally famous in the village of Snow Mountain—they even have devoted fans! But when a music mogul named Lang gives them the opportunity to tour with pop sensation Lil’ Foxy, Bodi and his friends learn that fame comes at a price, and ultimately discover that only by staying true to yourself can you unleash the power of rock ‘n’ roll!

From the award-winning producers that brought you Norm of the North, “Clifford the Big Red Dog”, and “I Got a Rocket!”, this heartwarming family film will have you and your little ones unleashing your power of Rock ‘n’ Roll alongside Bodi and his band!

Rock Dog 2: Rock Around The Park will be available on DVD and Blu-ray+Digital combo pack for the suggested retail price of $19.98 and $21.99, respectively.