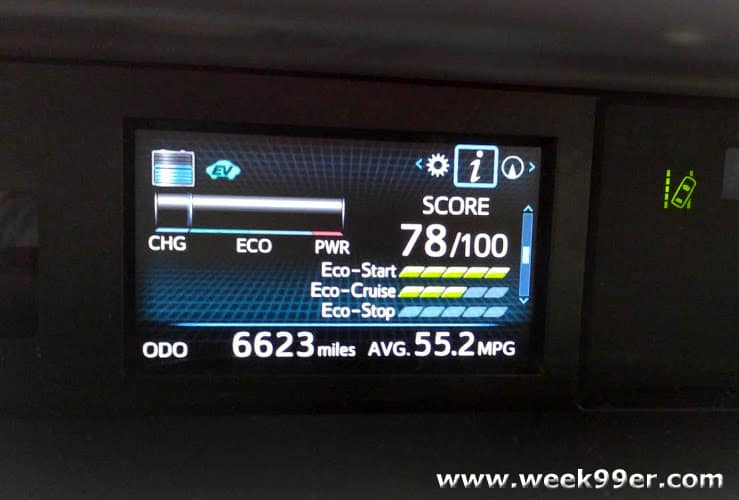 Since we’re talking all about green and eco-friendly products, we can’t forget one of the biggest investments in our homes – our cars! There are a lot of great hybrids out there, but some aren’t as good as the sticker claims. But what if you a comfortable ride ina vehicle that is a hyrbid, and gets the gas savings you’d expect. That is exactly what we found when we had a Toyota Prius V 5 for a week. 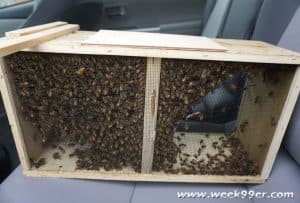 At the beginning of the month, Toyota let me borrow one of their 2016 Toyota Prius V 5 for my trip out to pick up the new bees for our hive. The only thing I requested was a car with some extra space in case the bees were warm enough to fly around. The box of bees, while it has about 12,000 bees inside only was a few pounds and not very large. 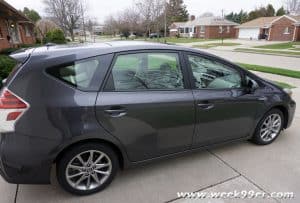 When the Prius was first delivered, the first thing that struck me was the size of the car. While the vehicle is rounded and compact, it actually seats five comfortably. The outside was pretty standard, but I did feel like I was sitting pretty close to the ground. 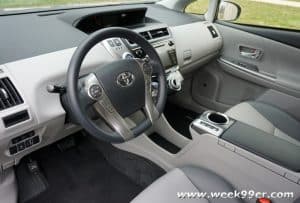 Inside the Prius was probably the hardest part for me to get use to. The driver’s area was pretty standard when it came to space, and features included navigation, satellite radio, cruise control, and of course heated seats. But the actual shifting mechanism was a bit odd for me. 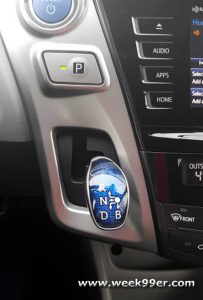 Like many other modern cars, the Prius offers a push button start with a fob for your keys. But the actual shift mechanism was more like a game stick that you move up and down for reverse or drive. It always snapped back to it’s “home” location”. The first time I stopped the car to put it in park, I sat there confused and didn’t know how to park the vehicle. Unlike any other car I’ve ever driven, there was a Park button, that you hit or the car will still remain active. I have always seen a parking break button, but never one for every day parking. This took a while to get use to, but after a few days it became second nature. 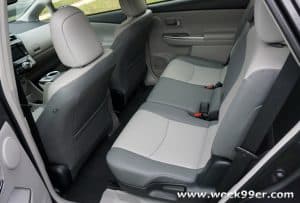 I only had one pet-peeve with the Prius, and it was the backing up function. You can put the car in reverse and use the back up camera but while you’re backing up the car makes a beeping noise the entire time. This can be turned off, but for our short time with the vehicle we left it on, since it was an 11 step process to turn off this function. 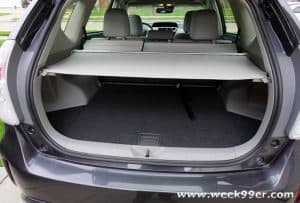 Driving the Prius V 5 at times was almost like driving a game. From the shifter that reminded me of a joy stick, to the “Eco-score” you can get. As you drive the Prius, the on board computer rates you on the amount of charge you create on the battery, how eco-friendly your riding is, start and stop. I found that driving the Prius, I was a solid “C” student on the score, but the average mileage I was getting was 55.2 mpg. Compared to my regular car that’s almost double! It was fun to see just how good of a score I could get while driving, but driving in a Metro area and on and off highways made it harder to get the score I had hoped for. 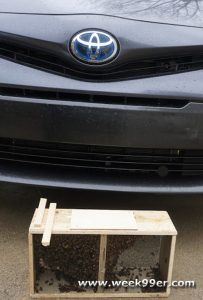 Overall the Prius provided a comfortable ride, and there was very little bumps on the road. On the way back from collecting the bees, I did feel the bumps a bit more but I lend that to being aware of the bees sitting directly behind me. The Toyota Prius V 5 comfortably seats five, and offers a large storage space in the back that can easily hold strollers, groceries or whatever you want. It is loaded with features, and even offers hidden storage spaces in the floor boards and below the main hatch area. Each vehicle has seven airbags, star safety system, whiplash-injury lessening, and LATCH. Gas mileage is like a dream, averaging 44 city and 40 highway and starts at $26,675. It’s a great way to save gas and money while you drive around town or take summer trips.