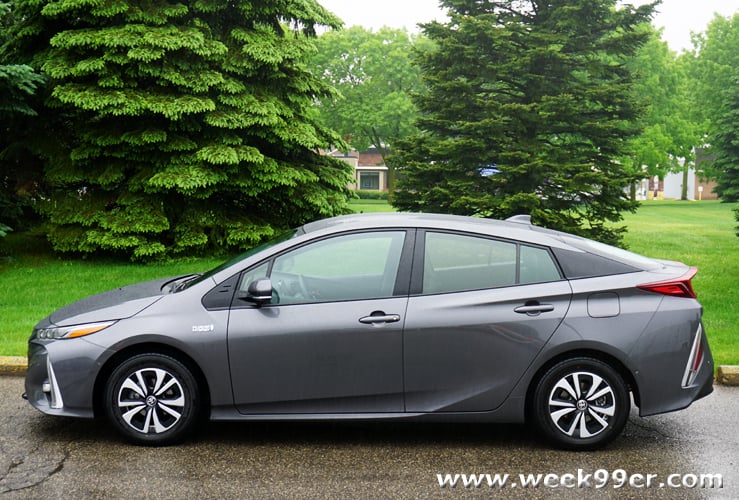 When I’m finally on the market for a new car, my goal is to get a hybrid car. The higher gas mileage, the eco-friendly nature of the cars and lower gas bills sound like the perfect fit for me. Since hybrid cars were introduced some names have been strong, and one of the ones that is pretty much associated with these eco-cars is the Toyota Prius. The Prius has different reactions from different car enthusiasts, but it’s a smaller sedan that has a huge following. 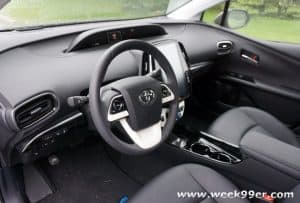 Last month, Toyota dropped off one of their 2017 Prius Primes for me to test out. The small size of the car took me by surprise compared to my regular vehicle – a large SUV. And while inside I was a bit cramped at first for leg room and the trunk space isn’t huge, the Prius Prime offers everything you could want and more inside it’s small interior. Despite it’s small appearance, the Prius Prime can sit four comfortably, and still bring home the groceries or holiday shopping. 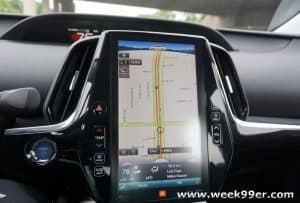 But it wasn’t the interior that wowed me in the Prius Prime. Don’t get me wrong, it was a comfortable ride, and nice interior over all. But packed into the navigation system was a large 8″ x 14″ LED touch screen that covers everything from phone connectivity, navigation (with an image of the vehicle driving over the top of the moving map), audio and more. The size of the screen was a bit shocking to me at first, but the large size means easy of use and less time searching for things while you’re on the road. 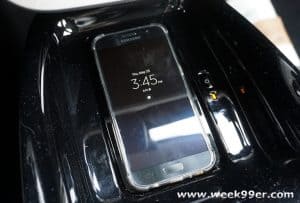 Probably my favorite feature of the Prius Prime is the wireless charging station that is built right into the car. You just have to be sure you turn the switch on when you want to charge your device. It became a quick habit to set my phone in the cradle on my way home from work and it would get charged on the way home. It’s easy to use, functional and makes it easier than having to carry a cord everywhere with you. 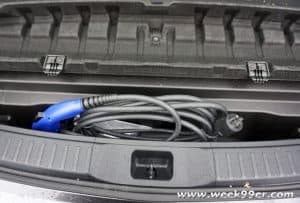 Having a hybrid car is a great on your budget, but most regenerate power from the breaks alone. While this does give you a boost in gas mileage (30-40 per gallon depending on model), a lot of the cars don’t offer a way to plug in the vehicle if needed. More and more around the area, you’ll find places to plug in a vehicle while you’re inside. Our local movie theater has a huge bay of charging spots waiting. The Prius Prime is one of the few models on the market you can take advantage of these spots. While this does mean you do sacrifice some trunk space for the battery, it does increase your fuel economy. My week with the Prius Prime toted over 50 miles per gallon, and I barely dropped below half a tank of gas throughout a whole week.

If you’re looking for a car to help save you on your gas expenses, is fun to drive and also has the latest tech inside – the Prius Prime is the car for you. Starting at $27,000 the Prius Prime gets 54 mpg and 133 MPGe.

Find more information on the Prius Prime and its features.