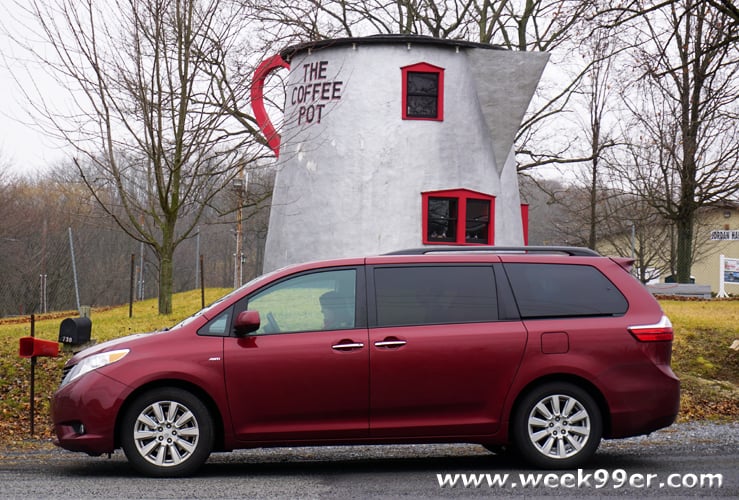 As a kid, I saw most of the country through the windows of the back seat of our family mini-van. Our parents took us to most of continental United States, and we saw around 25 states this way. My sister and I have fond memories in the back of the mini-van. But as we grew up, we both leaned towards SUVs instead of the stereotypical “soccer-mom” vehicle. Let’s face it, mini-vans kind of have a stigma to them – although I’ve been warming to them over the past few years, and love the sliding doors. 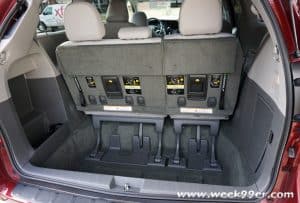 But as I started to plan a road trip with some friends, it became clear that my SUV wasn’t going to be big enough. Sure, it seats 6, but we wouldn’t be able to bring much if anything if the passengers wanted leg room and to ride comfortably. For our trip out east, Toyota gave us a 2017 Toyota Sienna XLE AWD to take on the road, not only could it accommodate 7 adults comfortably, but provided plenty of space for luggage, a cooler and anything else we needed for our long weekend trip. It actually boasts 150 cubic feet of space inside – that’s a TON of space for you and your goodies! 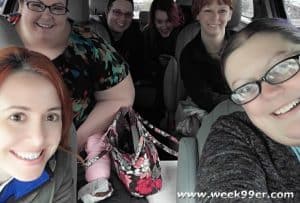 We loaded ourselves into the Sienna and all of our bags, a cooler of food and some things to keep us entertained. The first thing we noticed was how much room was left over. The Sienna XLE AWD didn’t have DVD players or anything in the back of the van to keep kids or other passengers entertained. But it did offer three different climate zones we could use and customize by preference.  Once we set the temperature for the back area of the van, our friends could control their own vents and even had a digital control they could change the temperature if they needed. 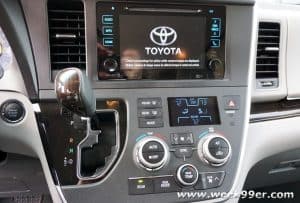 Traveling in the Sienna was a breeze. Not only did we have a full GPS Navigation system to work with, but a Satellite radio for both directions of the trip (not that we used it much with our talking). With cruise control, power seat control and lumbar support the Sienna made sure the drive was comfortable and smooth. I don’t think we actually encountered any problems finding our way to our destination and all of our stops on the way – even on the unmapped roads, we were guided correctly to our stops. 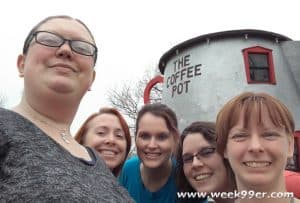 When traveling the roads, yes, you can take the quickest route to your destination. But part of the fun of road trips, where ever you may be going, is finding new things on the way. I found a great website to help me plan the trip and found stops on either way of our trip, and we had to stop to see things like a building shaped like a coffee pot and we attempted to see a monument to George Washington but the fog and a locked gate kept us away. In actuality we saw the coffee pot building twice, but the first time it was too dark we ended up driving past it the first time and not getting to really enjoy it’s glory – so we came back on the way back. It’s not like anything we’d ever see before, but jokes about how much coffee we need to make it through a day started flying. 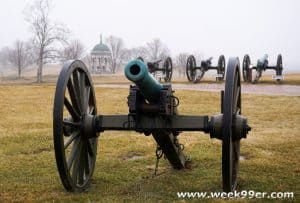 There is something nostalgic and very American about traveling the road to see the country. Our group covered four states and made several stops along the way with both planned and unplanned stops along the way. I couldn’t resist taking an unscheduled detour to the Antietam Battlefield (and making my Dad proud), which resulted in driving through some unexpected hilly roads and areas we wouldn’t normally deal with. 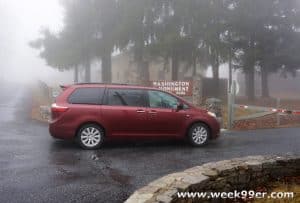 The bulk of our driving (in both directions) was either through rain, fog or darkness – and sometimes it was the combination of all three. The roads weren’t always the best, but the Sienna not only was a comfortable ride for a van full of adults – which can be a challenge for every vehicles but also kept us safe through everything the road through at us. The Sienna is loaded with safety features including 8 airbags, Star Safety System including Enhanced Vehicle Stability Control, Traction Control, Anti-lock Brake System, Electronic Break-Force Distribution, Brake Assist, and Smart Stop Technology, Latch for car seats, ALR Seatbelts for easier car seat installation, Pre-Collison System, and TPMS (Tire Pressure Monitor System).