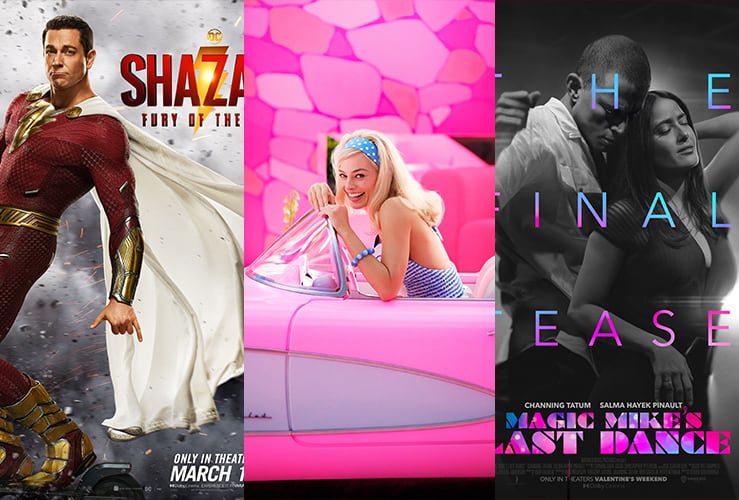 With the holidays in the rearview, it’s time to start looking at the movies that we’re going to be heading to theaters to see. Over the next couple of weeks we’re going to try to get you the most up-to-date release schedule for as many of the studios as we can, and the first up is Warner Bros. It looks like some comedy, some action, and a bit more is heading our way.

Of course, keep in mind, all of these dates could change. As we saw last year, some titles were canceled or rescheduled indefinitely. But as of today, this is what we can expect to see in theaters from Warner Bros this year!

From New Line Cinema comes your VIP ticket into the hottest event of the year: “House Party,” the remix to the fan-favorite ‘90s classic.

Aspiring club promoters and best buds Damon (Tosin Cole) and Kevin (Jacob Latimore) are barely keeping things together. Out of money, down on their luck and about to lose the roofs over their heads—and freshly fired from their low-lift jobs as house cleaners—the pair needs a huge windfall to make their problems go away.

In a ‘what the hell?’ move, they decide to host the party of the year at an exclusive mansion, the site of their last cleaning job, which just happens to belong to none other than LeBron James. No permission? No problem. What could go wrong?

But also, one outrageous ride stacked with double-take cameos and timeless throwback tracks, R-rated comedy and two friends worth cheering for… you have to see to believe.

After all, a night like this doesn’t come around more than once.

Just in time for Valentine’s Day comes the third installment of the blockbuster “Magic Mike” film franchise, the musical comedy “Magic Mike’s Last Dance.” The creative team behind the first film, which garnered praise from critics and audiences alike, has reunited to create the magic again: Channing Tatum reprises his role as Mike Lane and Steven Soderbergh returns to the helm with a script from Reid Carolin, who also wrote the first two films. And starring alongside Tatum is Salma Hayek Pinault (“House of Gucci,” “Hitman’s Wife’s Bodyguard”).

“Magic” Mike Lane (Tatum) takes to the stage again after a lengthy hiatus, following a business deal that went bust, leaving him broke and taking bartender gigs in Florida. For what he hopes will be one last hurrah, Mike heads to London with a wealthy socialite (Hayek Pinault) who lures him with an offer he can’t refuse…and an agenda all her own. With everything on the line, once Mike discovers what she truly has in mind, will he—and the roster of hot new dancers he’ll have to whip into shape—be able to pull it off? The film’s producers are Nick Wechsler, Gregory Jacobs, Tatum, Carolin and Peter Kiernan. Julie M. Anderson serves as executive producer.

Soderbergh’s creative team behind the scenes includes production designer Pat Campbell (“The Bastard Son & The Devil Himself”), costume designer Christopher Peterson (“The Irishman”) and music supervisor Season Kent (“KIMI,” “Let Them All Talk”), with choreography by Alison Faulk and Luke Broadlick, both part of the “Magic Mike” franchise.

From New Line Cinema comes “Shazam! Fury of the Gods,” which continues the story of teenage Billy Batson who, upon reciting the magic word “SHAZAM!,” is transformed into his adult Super Hero alter ego, Shazam.

The film is directed by David F. Sandberg (“Shazam!,” “Annabelle: Creation”) and produced by Peter Safran (“Aquaman,” “The Suicide Squad”). It is written by Henry Gayden (“Shazam!,” “There’s Someone Inside Your House”) and Chris Morgan (“Fast & Furious Presents: Hobbs & Shaw,” “The Fate of the Furious”), based on characters from DC; Shazam! was created by Bill Parker and C.C. Beck. Executive producers are Walter Hamada, Adam Schlagman, Richard Brener, Dave Neustadter, Victoria Palmeri, Marcus Viscidi and Geoff Johns.

New Line Cinema presents A Peter Safran Production of A David F. Sandberg Film, “Shazam! Fury of the Gods,” which is set to open in theaters internationally beginning 15 March 2023 and in North America on March 17, 2023.

Moving the action out of the woods and into the city, “Evil Dead Rise” tells a twisted tale of two estranged sisters, played by Sutherland and Sullivan, whose reunion is cut short by the rise of flesh-possessing demons, thrusting them into a primal battle for survival as they face the most nightmarish version of family imaginable.

Cronin is joined behind the camera by director of photography Dave Garbett (“Z for Zachariah,” “Underworld: Rise of the Lycans”), production designer Nick Bassett (“Guns Akimbo,” “Sweet Tooth”), editor Bryan Shaw (“Ash vs Evil Dead,” “Spartacus”) and costume designer Sarah Voon (“Chasing Great,” “Inside”), with a score by Stephen McKeon (“The Hole in the Ground,” “Primeval”).

A New Line Cinema / Renaissance Pictures presentation of a Pacific Renaissance and Wild Atlantic Pictures production, “Evil Dead Rise” will be distributed worldwide by Warner Bros. Pictures and is set to open in theaters in North America on April 21, 2023 and internationally beginning 19 April 2023.

#BarbieTheMovie, from director Greta Gerwig, only in theatres Summer 2023