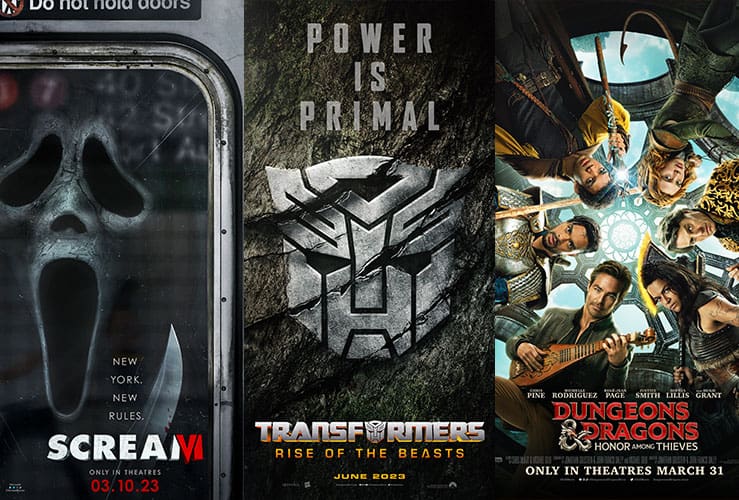 Are you ready for some actions, scares, and a bit of nostalgia? This year Paramount Pictures seems to have a good balance of all of these! Check out their current release schedule for the year. Keep in mind this could change still, but it looks like we’re about to have a great time in the theater with these Paramount releases.

A charming thief and a band of unlikely adventurers undertake an epic heist to retrieve a lost relic, but things go dangerously awry when they run afoul of the wrong people.  Dungeons & Dragons: Honor Among Thieves brings the rich world and playful spirit of the legendary roleplaying game to the big screen in a hilarious and action-packed adventure.

Returning to the action and spectacle that have captured moviegoers around the world, Transformers: Rise of the Beasts will take audiences on a ‘90s globetrotting adventure with the Autobots and introduce a whole new breed of Transformer – the Maximals – to the existing battle on earth between Autobots and Decepticons. Directed by Steven Caple Jr. and starring Anthony Ramos and Dominique Fishback, the film arrives in theatres June 9, 2023.

MISSION: IMPOSSIBLE – DEAD RECKONING PART ONE IS IN THEATRES JULY 14, 2023