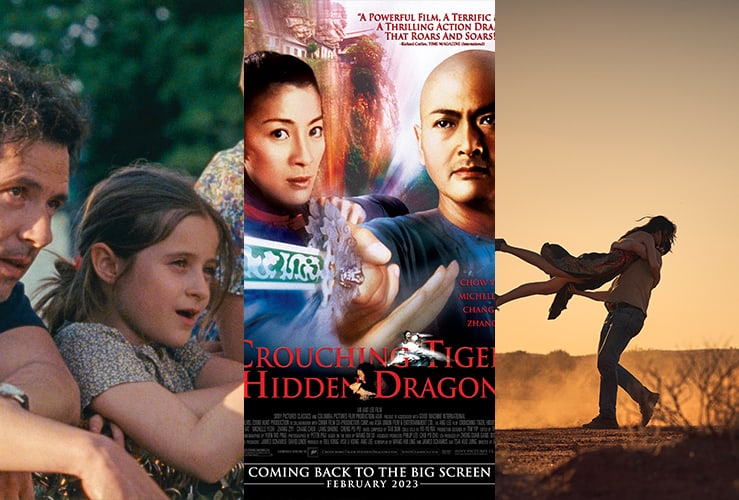 Original stories, ones full of inspiration and re-releases – that’s what Sony Classic Pictures has lined up for us this year in theaters and streaming. Check out the current releases expected this year.

“CARMEN” follows a young and fiercely independent woman who is forced to flee her home in the Mexican desert following the brutal murder of her mother. Carmen (MELISSA BARRERA) survives a terrifying and dangerous illegal border crossing into the US, only to be confronted by a lawless volunteer border guard, who cold-bloodedly murders two other immigrants in her group. When the
border guard and his patrol partner, Aidan (PAUL MESCAL)—a Marine with PTSD—become embroiled in a deadly standoff, Carmen and Aidan are forced to escape together. They make their way north towards Los Angeles in search of Carmen’s mother’s best friend, the mercurial Masilda (ROSSY DE PALMA) and owner of La Sombra nightclub – a sanctuary of music and dance. Carmen and Aidan find both solace and their unwavering love for one another in the safety of Masilda’s magical refuge, but time is running out as the police hunt closes in.

In 19th century Qing Dynasty China, a warrior (Chow Yun-Fat) gives his sword, Green Destiny, to his lover (Michelle Yeoh) to deliver to safe keeping, but it is stolen, and the chase is on to find it. The search leads to the House of Yu where the story takes on a whole different level.

An intimate portrait of a misunderstood American icon, this emotional and uplifting documentary about Yogi Berra takes us beyond the caricatures and.

Sandra (Léa Seydoux) is a widowed young mother raising her daughter alone, while also caring for her sick father. She’s dealing with the loss of the relationship she once had with her father, while fighting to get him the care he requires. At the same time, Sandra reconnects with Clément (Melvil Poupaud), a friend she hasn’t seen in a while and, although he’s married, their friendship soon blossoms into a passionate affair.

After an impulsive travel decision to visit friends, Freddie, 25, returns to South Korea for the first time, where she was born before being adopted and raised in France. Freddie suddenly finds herself embarking on an unexpected journey in a country she knows so little about, taking her life in new and unexpected directions.