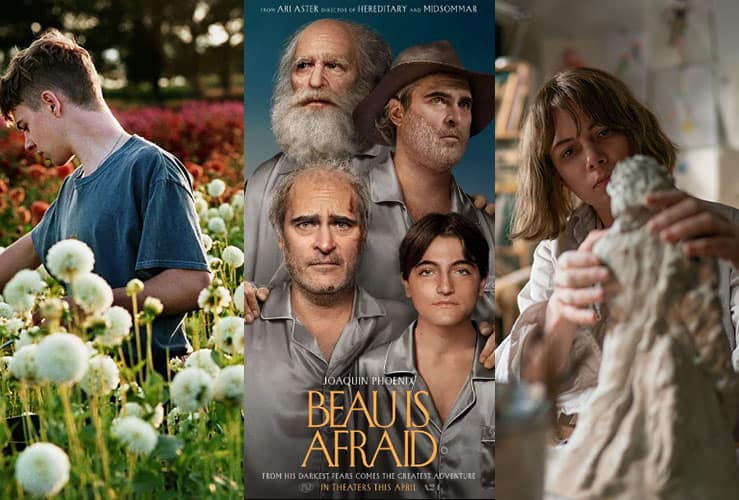 Looking for something on the more independent or artistic side? Here is the current list of all of the A24 releases to expect this year. As always, release dates are flexible and this will be updated as we find changes along the way.

When You Finish Saving The World – January 20th

Evelyn and her oblivious son Ziggy seek out replacements for each other as Evelyn desperately tries to parent an unassuming teenager at her shelter, while Ziggy fumbles through his pursuit of a brilliant young woman at school.

Leo and Remi are two thirteen-year-old best friends, whose seemingly unbreakable bond is suddenly, tragically torn apart. Winner of the Grand Jury Prize at the Cannes Film Festival, Lukas Dhont’s second film is an emotionally transformative and unforgettable portrait of the intersection of friendship and love, identity and independence, and heartbreak and healing.

Nora and Hae Sung, two deeply connected childhood friends, are wrest apart after Nora’s family emigrates from South Korea. Two decades later, they are reunited in New York for one fateful week as they confront notions of destiny, love, and the choices that make a life, in this heartrending modern romance.

From acclaimed filmmaker Nicole Holofcener comes a sharply observed comedy about a novelist whose longstanding marriage is suddenly upended when she overhears her husband give his honest reaction to her latest book. A film about trust, lies, and the things we say to the people we love most.

A sculptor preparing to open a new show must balance her creative life with the daily dramas of family and friends, in Kelly Reichardt’s vibrant and captivatingly funny portrait of art & craft.