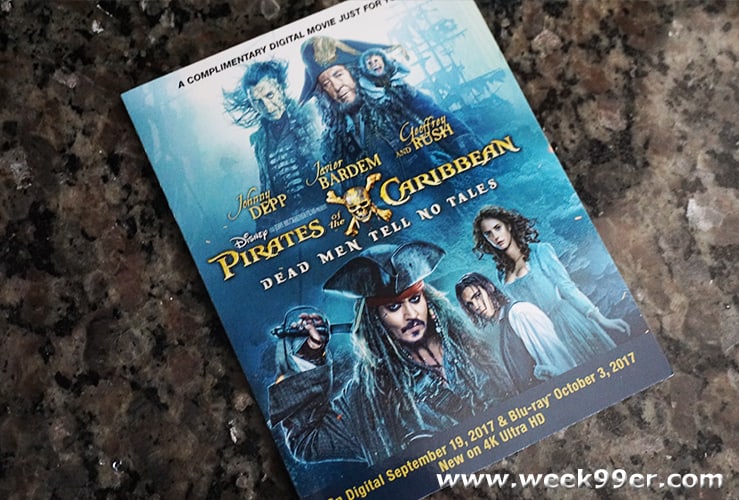 Get ready to pour yourself a rum filled drink and settle in for the evening – Pirates of the Caribbean: Dead Man Tell No Tales is now available on Digital HD. We were sent a copy to enjoy before the Blu-Ray and DVD release of the movie. Disney and Jerry Bruckheimer Films present Pirates of the Caribbean: Dead Men Tell No Tales is a rollicking new tale of the high seas, infused with all the elements of fantasy, humor and action that have resulted in an international phenomenon for the past 13 years. Johnny Depp returns to his Academy Award®-nominated role as the outrageous, swashbuckling scoundrel Captain Jack Sparrow, and is joined by Oscar winners Javier Bardem and Geoffrey Rush.

We absolutely loved Dead Man Tell No Tales – of the series, the movie is the best yet. it reminds you a lot of the feeling of the original movie with action, comedy and of course swashbuckling pirates throughout the film. With a darker twist, and heartfelt moments the movie is going to be one of your favorites as well and you can watch it tonight.

As luck would have it – perfectly timed for the release of Pirates of the Caribbean: Dead Man Tell No Tales on digital HD – today is Talk like a Pirate Day! Check out the Pirate’s guide below, and all of the bonus features that you can get when you get the digital copy of the movie tonight! 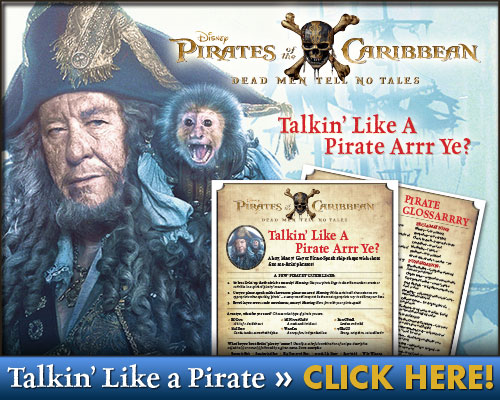 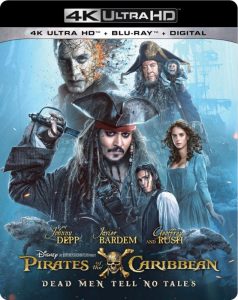