Skip to content
Do you hear the engines revving Detroit? The North American International Auto Show has made it’s way back into town. This year, not only will you find the latest and greatest in cars, but there is a huge focus on technology, what your car can do for you and even green and sustainable measures being made to keep your cars moving into the future. 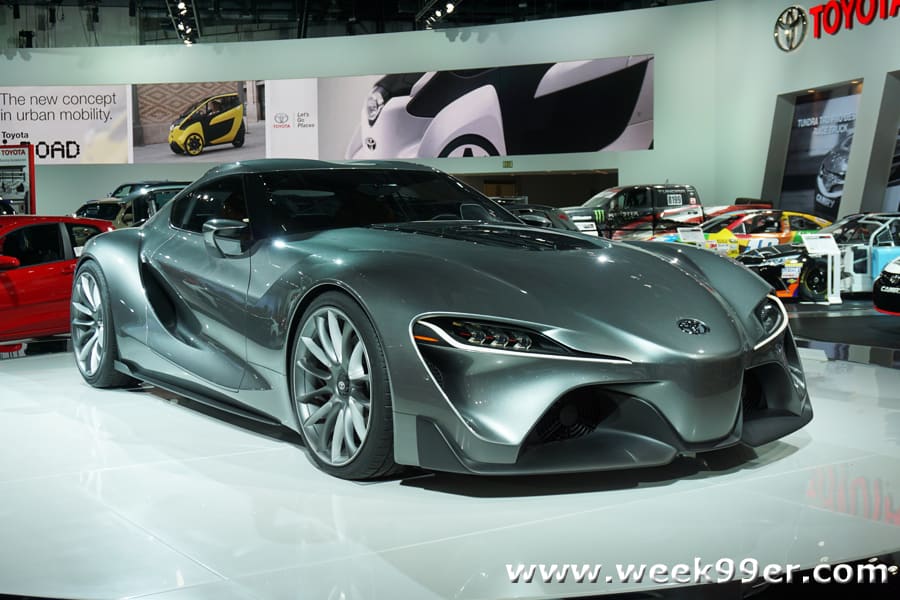 We were given a sneak peak at the 2015 NAIAS by attending the Media Preview, and compared to last year – there was a difference in the air. Yes, NAIAS is always about the cars – but this year there seemed to be a larger focus on technology instead of just sleek car bodies (and there are some beauties this year!)Several different manufacturers are offering a more interactive approach to you seeing their new cars. You are always encouraged to get in and check out the cars, but you can’t drive them around Cobo Hall. Instead, hop into one of several different driving simulators. Honda is even offering an Oculus Rift Experience – a 10 minute visual simulation of their new product. Step in the booth, strap on the goggles and go for for a drive. Others are less intense, where you pull back the car almost like a toy on the read out and it shoots across the screen while showing you facts about the newest car.

NAIAS is one of the rare times you can climb inside that Jaguar you’ve been drooling about, or even slide into that Bentley you dream of. But not every car is in the dream budget category. You will find from baseline up to the top of the newest fantasy vehicle.

For me there were two stand out cars, and they’re not too far out of my budget. The first in the newest FT1 by Toyota. For the second year in a row Toyota has wowed me on looks alone. While it’s against my initial gut feeling, these cars exude strength and beauty. I’m looking forward to see these bad boys heading down the highway in the next couple years.

The second stand out is the Wit Star by GAC Group. It’s not on the market in North America yet, and may not be for a couple years. But besides a pretty awesome exterior appearance, the self driving car is filled with great innovations. It even has seats that rotate 360 degrees and has a fish tank in the back passenger arm rest (totally not needed, but still pretty cool).

The 2015 NAIAS is filled with beautiful and innovative cars, and so many were too beautiful to not mention. You can check out several pictures for a preview above, or the show opens to the public this Saturday, January 17th. You can grab your Tickets for NAIAS online now and check out the show hours. Stop in, check out the newest cars and your dream cars – they’re within reach at NAIAS!