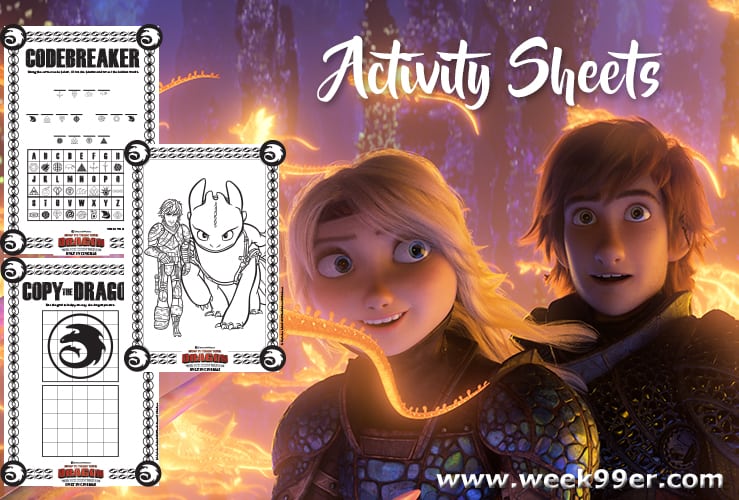 Fans have fallen in love with the world of Dragons and the beautiful world that DreamWorks created in the How to Train Your Dragon series. The final chapter hit theaters and gave fans the ending to the series we all wanted. With a bittersweet ending to a series, we’re happy that the movie is coming home on Digital 5/7 & 4K Ultra HD, Blu-ray™ & DVD 5/21!

You can pre-order your copy of How to Train Your Dragon: The Hidden World now, but until it comes out we have some fantastic activity sheets for you and your family. Coloring sheets, mazes, word searches and more! Just download the ones you want.

What began as an unlikely friendship between an adolescent Viking and a fearsome Night Fury dragon has become an epic trilogy spanning their lives. In this next chapter, Hiccup and Toothless will finally discover their true destinies: the village chief as ruler of Berk alongside Astrid, and the dragon as leader of his own kind. As both ascend, the darkest threat they’ve yet faced—as well as the appearance of a female Night Fury—will test the bonds of their relationship like never before. Starring Jay Baruchel, America Ferrera, Cate Blanchett, Kit Harrington, Craig Ferguson, F. Murray Abraham. Directed by Dean DeBlois. (UNIVERSAL) This film is rated PG.