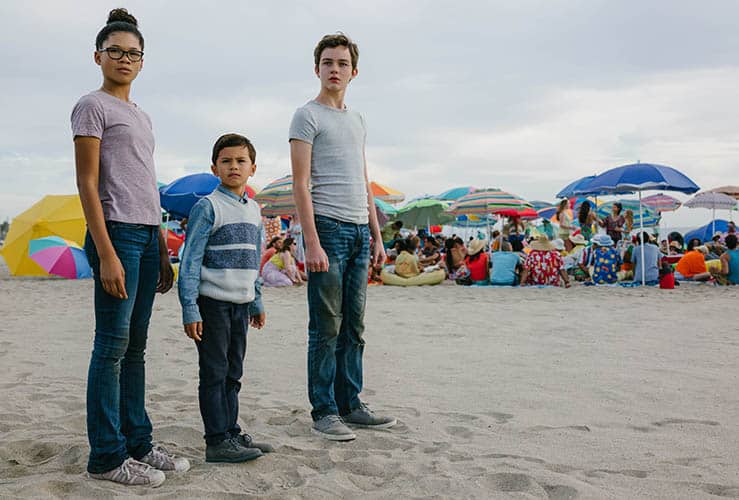 There will be two types of fans heading to see A Wrinkle in Time when it hits theaters this week – fans who grew up reading the book, or others looking forward to the family friendly film with an all star cast. The movie hits all of the right notes when you’re looking for a movie to watch with your kids and one that you will enjoy as well. But besides the big names – what else does A Wrinkle in Time offer fans?

A Wrinkle in Time is based on the young adult novel of the same name by author Madeleine L’Engle that many of us read in junior high, and fell in love with. The story is a beautiful mix of self acceptance, strength and sci-fi, and has enough of the elements that both young boys and girls can relate to. Translating the story to the big screen was no doubt a challenge for Disney and director Ava DuVernay. But with a few changes to the original story, the movie unfolds beautifully on the screen and fans will quickly become enamored.

The story focuses around Meg as she goes on an adventure to the other end of the universe with her brother and a friend to locate her father who has been missing for four years. On the journey they are met by the Mrs, three other dimensional beings who give them the guidance through the different worlds and places they go. The Mrs. all have very different personalities which is highlighted throughout the movie by their different wardrobes that are nothing short of fabulous and seem to change from scene to scene.

A Wrinkle in Time has a strong cast in the major names of Oprah, Reese Witherspoon and Mindy Kaling, but its real strengths are in the young actors that play the trio of heroes traveling through space. All three of main children actors show a wide range of emotions, and their own strengths through the film.

Woven through the whole movie is a theme of self acceptance and non-judgement of others which couldn’t be more perfectly timed. We all remember those pre-teen years filled with questioning and angst, and the message throughout the movie can help kids through that part of their lives, but it also is a good reminder for adults watching the film. Stop letting the IT get to you, and find your inner warrior.

With stunningly beautiful sets, outfits and a commanding cast – A Wrinkle in Time is a movie that families can enjoy together and will provide great conversations afterwards. A WRINKLE IN TIME opens in theaters everywhere today! 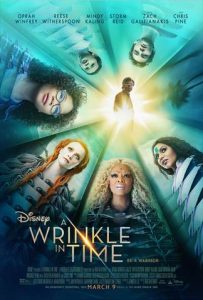