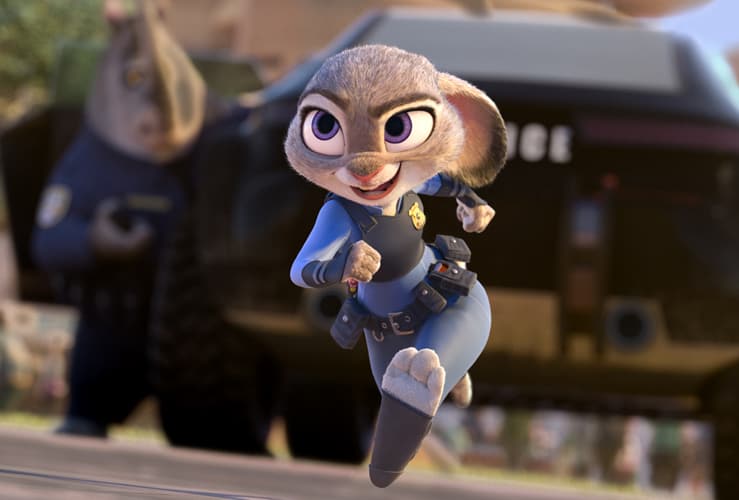 Zootopia took the world by storm with stunning animation, great story and voice cast. We loved Zootopia when we saw it and can’t wait to add this to our collection. Thankfully we don’t have to wait too much longer because Zootopia will be coming home on Blu-Ray, DVD and Disney Movies Anywhere on June 7th. We’re super excited to add this one to our collection and we love all of the extra goodies they’re loading into the release. The Blu-Ray, DVD and Digital Combo Pack includes great bonuses, and each has their own bonus options.

You can pre-order Zootopia today online and it will be at your house when the movie is released!

Check out the ZPD Forensic Files Bonus Feature Below:

Directed by Byron Howard (“Tangled,” “Bolt”) and Rich Moore (“Wreck-It Ralph,” “The Simpsons”) and produced by Clark Spencer (“Wreck-It-Ralph,” “Lilo & Stitch”), the progressive mammal metropolis of Zootopia is a melting pot where animals from every habitat live side by side and “anyone can be anything.” But when new rabbit police officer Judy Hopps (voice of Ginnifer Goodwin) arrives in town she discovers that being the first bunny on a police force of tough, hulking animals isn’t so easy. Determined to prove herself, she jumps at the opportunity to crack an unsolved, challenging case even if it means working with a fast-talking, scam-artist fox, Nick Wilde (voice of Jason Bateman), to solve the mystery. But the case leads these two unlikely partners to an uneasy conclusion that Zootopia’s “evolved” society is being pulled apart by unseen forces determined to use fear to take control of the city by turning predators and prey against each other.