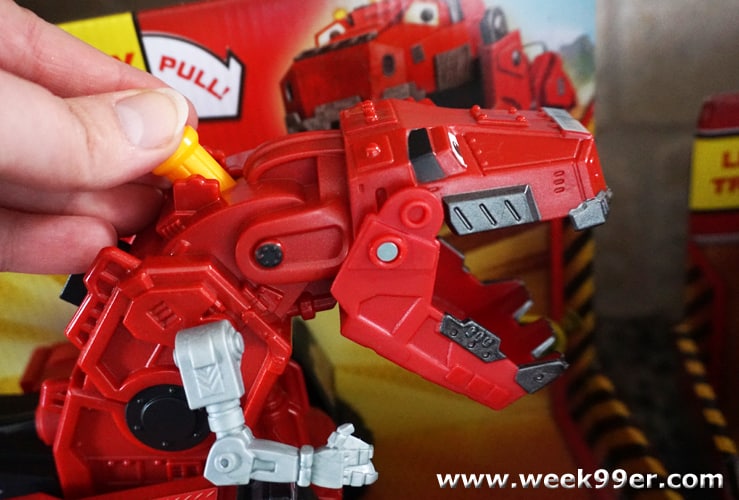 If your little ones are the ones in our family – they fell in love with Dinotrux as soon as it hit Netflix. The fun show highlights some pretty cool characters that are a combination of Dinosaurs and construction type vehicles. Partnered with Reptools, smaller reptile characters that also work as standard hand tools – they are able to achieve some pretty awesome things. The show has an underlying message of acceptance, friendship and of course teamwork. This year, put some of your child’s favorite characters from Netflix and books under the tree. Dinotrux has released some fun new toys that your little ones are going to go crazy for! 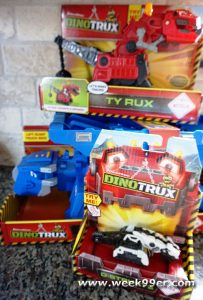 DreamWorks sent us some of their new DinoTrux toys for the holiday season. Included was a Ty Rux, an Epic Ton Ton with a Shovel Tail and a die cast D-Structs vehicle. The larger vehicles are made of a sturdy plastic and their joints move easily. Ty even roars and says some of his catch phrases when you pull the lever on his back. Ton Ton doesn’t come with any sound effects, but he makes up with that in size and pure coolness. Just think of all the rocks and toys he can carry in the back of his bed. 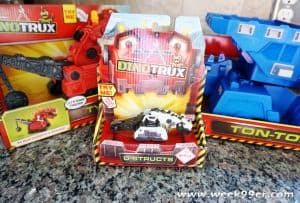 While the larger plastic toys are great for younger kids (as well as older). The die cast ones I’d put in a slightly older age range. They don’t have any small parts for kids to chew on, and move great along the floor and carpet as you play with them. But the smaller size means they may be a bit harder for smaller hands to control. I personally love the die-cast Dinotrux and have started a collection of my own. You can find your favorite characters to collect or play with.

Head back to the Mechazoic Era with these fun toys, and get ready for some fun time in the sand box or the yard! The toys are great for imaginative play and can take a bit of beating. And for the major DinoTrux fan in your house, they even have a remote control Ty Rux you can get. Watch as he moves over the floor just like he does in the show on the way to his next project!