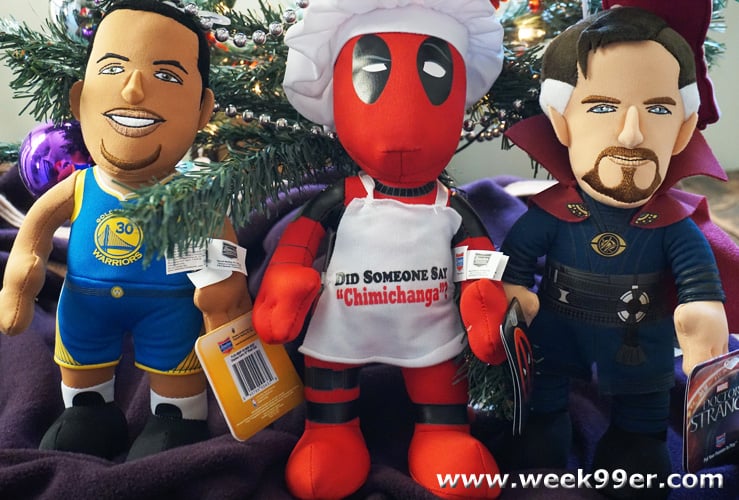 We all have our favorite characters or sports idols and more, but often there isn’t anything for the fans to collect. But Bleacher Creatures are changing the way you look at your favorite characters, and toys in general. The soft plush, detail rich toys range from sports players, religious figures, politicians and the latest super heroes.

We’ve talked about Bleacher Creatures once before on the site when they sent us a Captain America creature. I was wowed by the amount of detail that goes into the characters from their outfits, the face detail and the branded uniforms. Since we first were introduced to Bleacher Creatures, their line has expanded and they cover pretty much every sports team as well as most of our favorite pop culture characters.

Our collection of Bleacher Creatures expanded this week when they sent us some of their newest characters. We now have Doctor Strange, Dead Pool and Stephen Curry of the Golden State Warriors. Each comes in their signature uniform and (with the exception of Dead Pool) have detailed faces that actually look like the person they are representing. The 10 inch plush dolls can stand on their own without help, and actually look pretty cool on the shelf.

Who is your favorite super hero, mascot, sports star, politician, religious leader, college player, NASCAR driver, wrestler or even video game character? There’s a good shot that Bleacher Creatures has a plush for you. Don’t be put off by the fact that they’re plush toys, ultimate fans will love having the exclusive licensed characters in their collections.