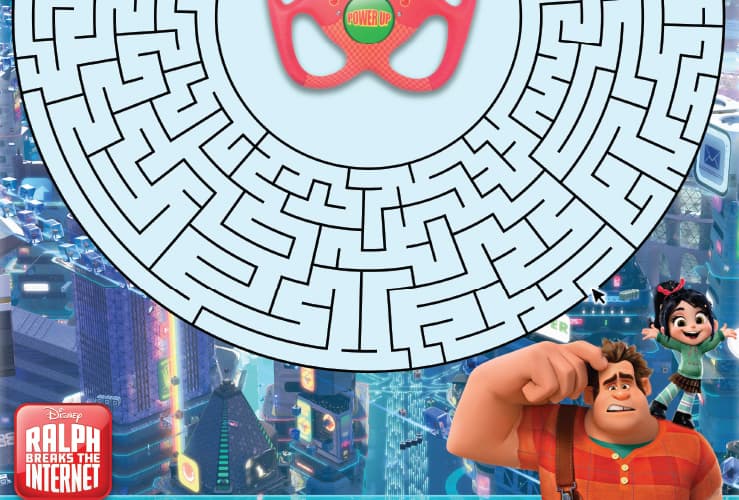 We’ve heard those dreaded words over and over again the last few weeks – Snow Day! The kids haven’t been in school so they don’t have homework to do, and by now they’ve played with all of their games and have said “I’m bored” approximately 500 times, a day.

So what do you do? You can’t listen to their song about a shark one more time. Instead – print out some of the best activity sheets you’re going to find yet! Ralph Breaks the Internet is almost here, and to celebrate we have coloring sheets, printable stickers, mazes, and much more in a free printable packet! You just need to click the link and save the pdf in order to get yours. They’re the perfect thing to get them away from the screen for at least a little bit!

Get your Ralph Breaks the Internet Printable Coloring Sheets, Stickers, Mazes and More!