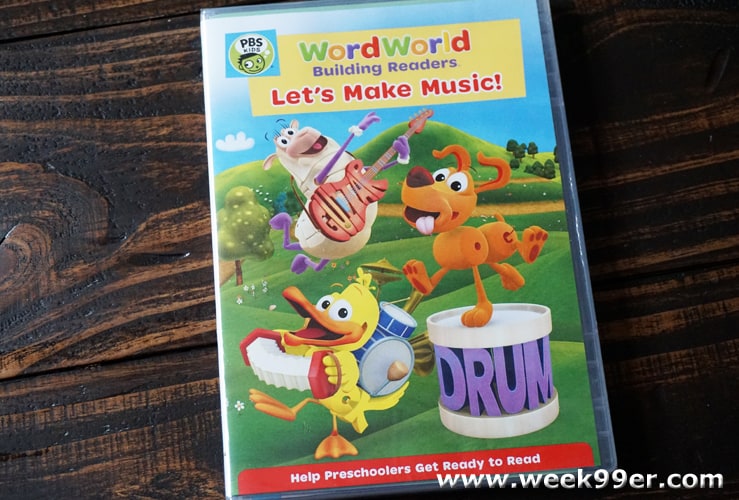 Even before kids are in school, their education begins at home. Learning is fun as when kids are young and we’re so glad PBS has great shows for them. One of their PBS Kids shows we absolutely love is Word World – a world that is built out of words, and helps kids learn to read and with word association. This month, they released their latest video filled will fun episodes for your preschool aged kids.

We were sent a copy of Word World: Let’s Make Music! A fun music filled DVD with eight episodes focusing on the arts and the word associated with them. “WordWorld” was developed with funding from the U.S. Department of Education as part of the Ready To Learn initiative. Incorporating the latest research into the most effective ways for kids to build reading skills, “WordWorld” produces delightful educational experiences for preschool children, on screen, in print, and online. “WordWorld” is owned by General Word LP.

“LET’S MAKE MUSIC!” will be available on DVD now. The DVD run time is approximately 100 minutes and is rated G.