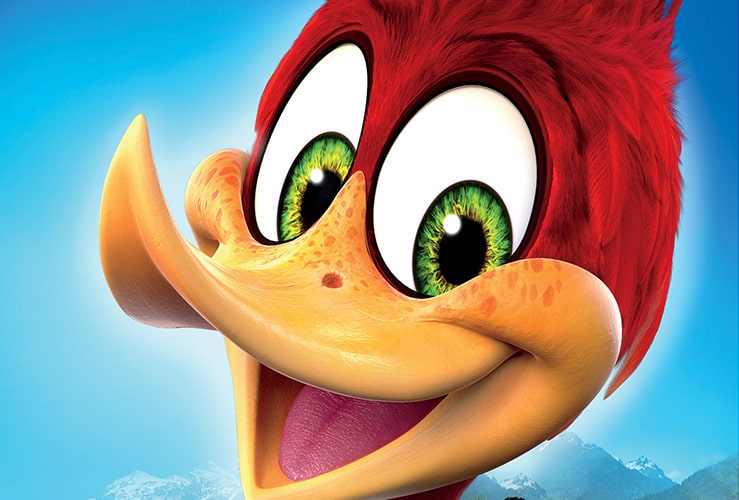 Woody Woodpecker is back! The animated character is back in a movie with live action elements and a lot of fun. Woody Woodpecker arrives on DVD, Digital and On Demand on February 6 from Universal Pictures Home Entertainment and to celebrate we have some fun printable activity sheets for you! From coloring sheets, mazes, word searches and more just click on the links and download the activity sheets for your family to enjoy.

Chaos ensues in the all-new family comedy, Woody Woodpecker, coming to DVD, Digital and On Demand on February 6, 2018, from Universal 1440 Entertainment, a production entity of Universal Pictures Home Entertainment. The film blends live action and CGI animation to tell the crazy and humorous story of an all-out turf 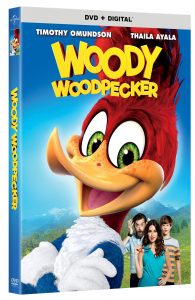 war between the mischievous prankster and a big city lawyer who wants to build his dream home in Woody’s backyard. Directed by Alex Zamm (Inspector Gadget 2, The Little Rascals Save the Day), Woody Woodpecker stars Timothy Omundson (“Psych”), Thaila Ayala (“Rio Heat”), Graham Verchere (“Fargo”) Jordana Largy (Monster Trucks) and Eric Bauza (The SpongeBob Movie: Sponge Out of Water), as the voice of Woody. The Woody Woodpecker  DVD and digital features deleted scenes and an exclusive inside look at the making of the film as well as the evolution of Woody’s iconic cartoon character.

Woody Woodpecker is back with his signature laugh, wacky antics and wisecracks in his first ever live-action/animated film. Woody must protect his forest home from Lance Walters (Omundson), who starts building his dream mansion in the forest with his son, Tommy (Verchere), and fiancée, Vanessa (Ayala). To make matters worse, Woody must avoid the clutches of two grizzly poachers. With a series of crazy hijinks to sabotage their plans, Woody proves he’ll stop at nothing to defend his turf. Get ready for laughs in this hilarious comedy about everyone’s favorite woodpecker!

Woody Woodpecker is a legendary icon created by Walter Lantz in 1940. Woody Woodpecker & Friendshave entertained kids for more than 75 years! Woody Woodpecker cartoons appeared in theaters until they debuted on television in 1957. Woody’s popularity resulted in new shows airing across several decades. “The Woody Woodpecker Show” has been broadcast in over 155 territories and 105 languages worldwide. He is one of the most memorable cartoon characters in animation history, featuring the little red –headed bird with the unforgettable laugh, who’s forever pecking his way out of trouble. Woody has evolved from a cartoon TV character to a Pop Culture Icon with his fearlessness, crazy antics and smarts.

BONUS FEATURES on DVD and Digital

Woody Woodpecker will be available on DVD and Digital.