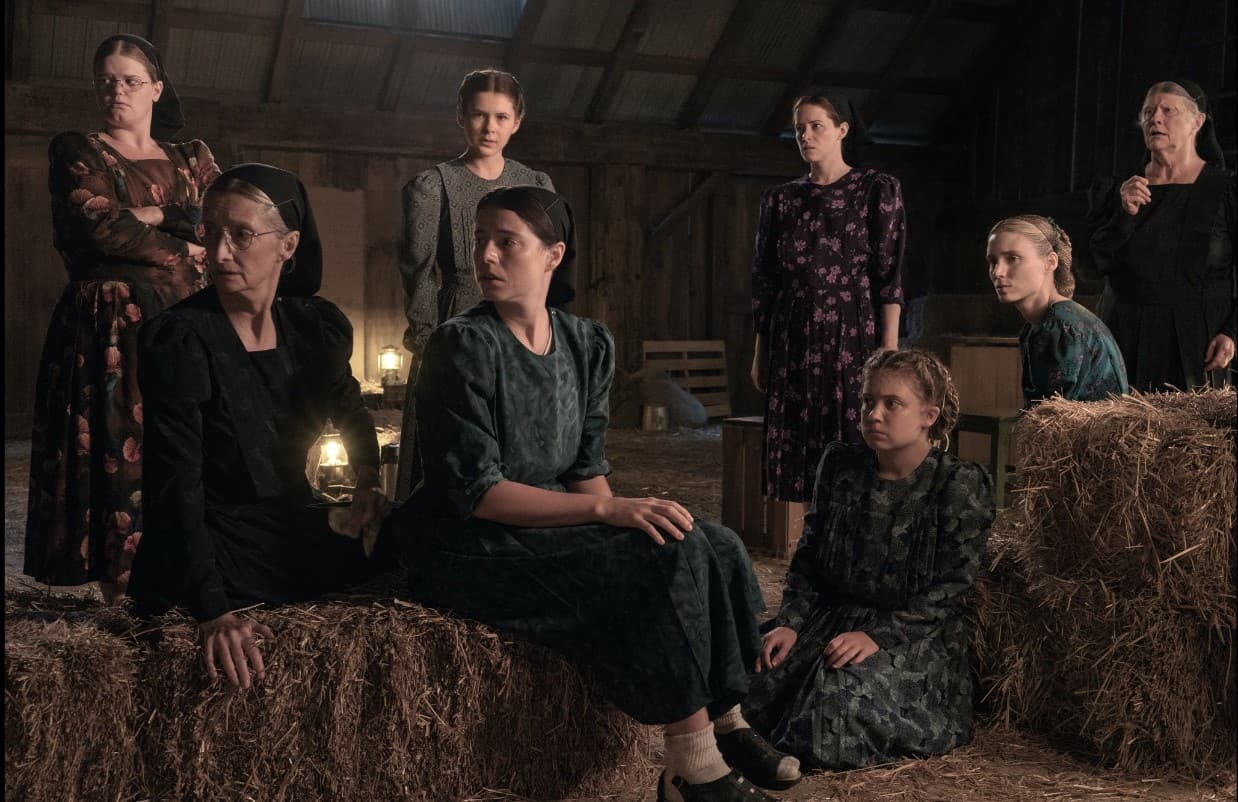 How are major issues handled within smaller religious communities like the Amish or Mennonites? Smaller segments of our population that don’t operate as part of the larger society? While the topics of sexual assault, rape, and other crimes are splashed daily across the news, smaller communities often handle it internally and how it’s addressed is never really made public. But a new movie, Women Talking will change how you look at the issues within their community or even how we have discussions within our own.

Women Talking follows a group of women in a small Amish community that doesn’t have contact with the outside world in 2010. After years of being assaulted and told it was the devil doing it, the women finally catch one of the men within the community assaulting them and get the names of the others involved. Together as a group, they have to make a decision, to stay and live as they have been, to leave and start fresh, or stay and fight back.

The movie is tense at times, with the women fighting for different sides of the argument. All, have their own reasons to stay or leave – and justification for their side of the argument. They have to decide and vote for the whole community of women, which puts a heavier weight on it. And while the whole movie is based around rape and assault, none of it is actually portrayed on the screen. Instead, just the aftermath is shown, some blood and bruising and other consequences. A small blessing in a movie that is on such a brutal topic – we don’t have to witness another assault on a woman’s body again and again as we have in the past.

Women Talking isn’t an easy movie to watch, but is an important one. While the topic of sexual assault is everywhere nowadays, inside smaller communities, it’s still considered taboo or brushed under the rug. While the conversations that larger segments of society are having about the topic are broader, the women in the movie have to traverse every aspect and the ramifications of their decisions. Being a smaller religious community, each decision has larger consequences at play – and the weight of the decisions is heavier. It’s interesting to see the conversations play out, and the different sides of every part of it portrayed on the screen. Simply put, Women Talking is like putting a magnifying glass over the issue and debates happening every single day.

The movie is based on a real case and focuses on an Amish community in 2010, but because of the differences in cultures, the story seems like it is in the far past. It’s a good reminder to viewers that these smaller religious communities often exist right alongside of ours, and face the same issues we do – even if we don’t hear about it. While often handled inside the community itself, the movie shows just how it can be handled when conditions are extreme enough.

Women Talking is playing in select theaters now and will have a wider release on Sunday, December 25th.

Do nothing. Stay and fight. Or leave. In 2010, the women of an isolated religious community grapple with reconciling a brutal reality with their faith.