Have you every wanted to amp up your cooking skills but didn’t know where to turn to? Let’s face it, culinary school isn’t in everyone’s future and individual classes can be extremely expensive. Wouldn’t it be great if there was an online resource where you could learn chef inspired recipes, kitchen skills, and even some of the tips from inside a professional kitchen? Now, thanks to Chef Wolfgang Puck – there is a resource like that for all of us. 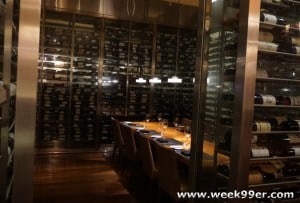 Last night at the Wolfgang Puck Steak at the MGM Grand Casino Detroit, Wolfgang Puck announced his new online cooking school. The event not only launched the membership based website to the press, but also allowed us to sample some of the recipes featured on the website as well as a preview of some of the recipes and features. Why would Wolfgang Puck choose Detroit to announce his new site? He takes pride in the city that has embraced his restaurants as well as the growing food culture that is here. Puck first emigrated to the Midwest and appreciates the love of food here. 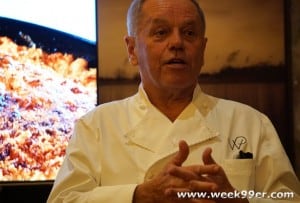 The recipes on the Wolfgang Puck Online Cooking School range from basics from using packed items in his recipes, and even include making your own stock and beyond. The once complicated recipes we pay so much for in restaurants become accessible to everyone and easy to follow. At Wolfgang Puck Steak we were treated to samplings of the Chef’s French Peppered Steak, Broccoli and Cheese Soup, Sausage Pizza, Crab Cakes and even Molten Chocolate Cakes. All of the recipes are featured on the new cooking school website (or will be soon). Our meal was complimented with Wolfgang Puck Wine, his own private wine label out of Modesto, California that helps benefit Keep Memory Alive. 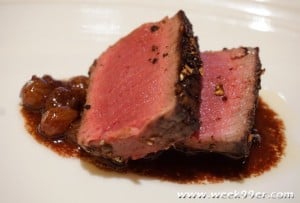 While cookbooks are still around, more and more people will head to the internet to find their recipes and ideas for making dinner. But not every home cook has the skills that some recipes require, or just the basic kitchen skills. The online cooking school will help fill the gaps for recipes, as well as kitchen skills featuring online cooking demonstrations that can be watched at your own speed, as well as on the go or on your mobile devices while you’re in the kitchen. 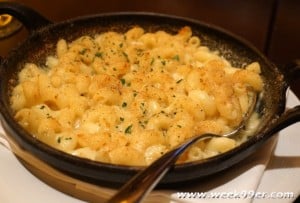 Unlike other recipe websites, the Wolfgang Puck Online Cooking School doesn’t just have recipes to read and print out. You can view the online demonstration video for each recipe, screen shots, step by step instructions, ingredient list and even a shopping list for each recipe. If there are certain skills required to make the recipe, you will find the online tutorial on the website as well. If you love a recipe, you can click save and have it added to your recipe box. The save option also allows you to bring in recipes from other websites and sources to save to your collection – and these recipes are accessible to you even if you no longer subscribe to the website. 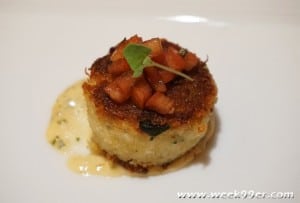 If you’ve ever had dinner at one of Wolfgang Puck’s restaurants, you’ll walk out wanting more of a dish or two. The recipes for some of his most loved dishes are on the online cooking school, with others to follow shortly. Not only will you find the Chef’s own recipes, but tips from the Chef himself on how it’s made in the kitchen and how you can easily make it at home too. 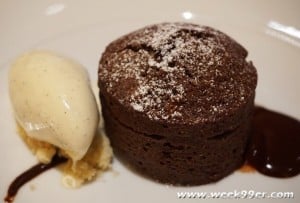 Individual cooking classes have cost me $80 a person per night, and learn only a couple of recipes or skills. The Wolfgang Puck Online Cooking School only costs $9.95 a month, or $99.50 for a year, with unlimited access to the recipes, skill videos and more. You can get a free two week trial of the Wolfgang Puck Online Cooking School, and access to the over 70 kitchen skills videos, hundreds of recipes and other content currently on the website. There will be more content added seasonally with a new recipes and ideas coming in time for Valentine’s Day.