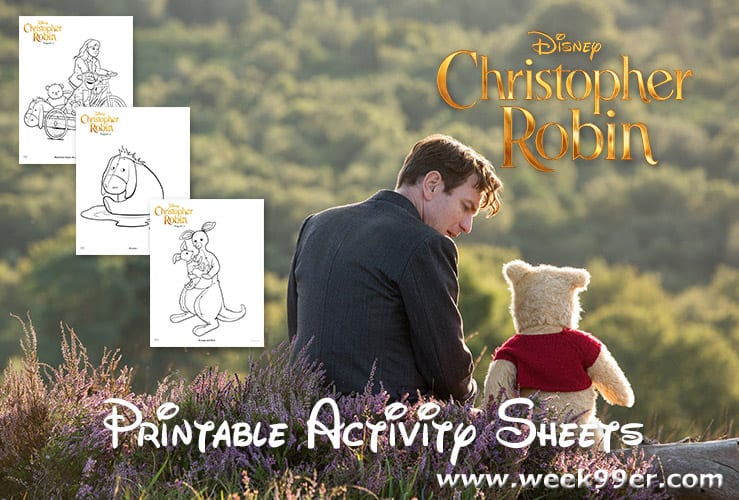 Winnie the Pooh, Tigger, Piglet and Eeyore are some of our favorite characters since childhood. They’re characters we have all grown up with and generations have loved the stories and adventures all of these characters have. And now, they are coming to the theaters in the new Disney release Christopher Robin. While we’re excited about this movie, we know the characters are going to hold a special place in our hearts either way and we’re so excited they have released printable activity sheets. From coloring sheets, printable mazes, door hangers and spot the differences games! All you have to do is click the links and print the PDFs you want to color, or save them to print out over again!

Download your Winnie the Pooh Coloring Sheet and Activity Sheets: