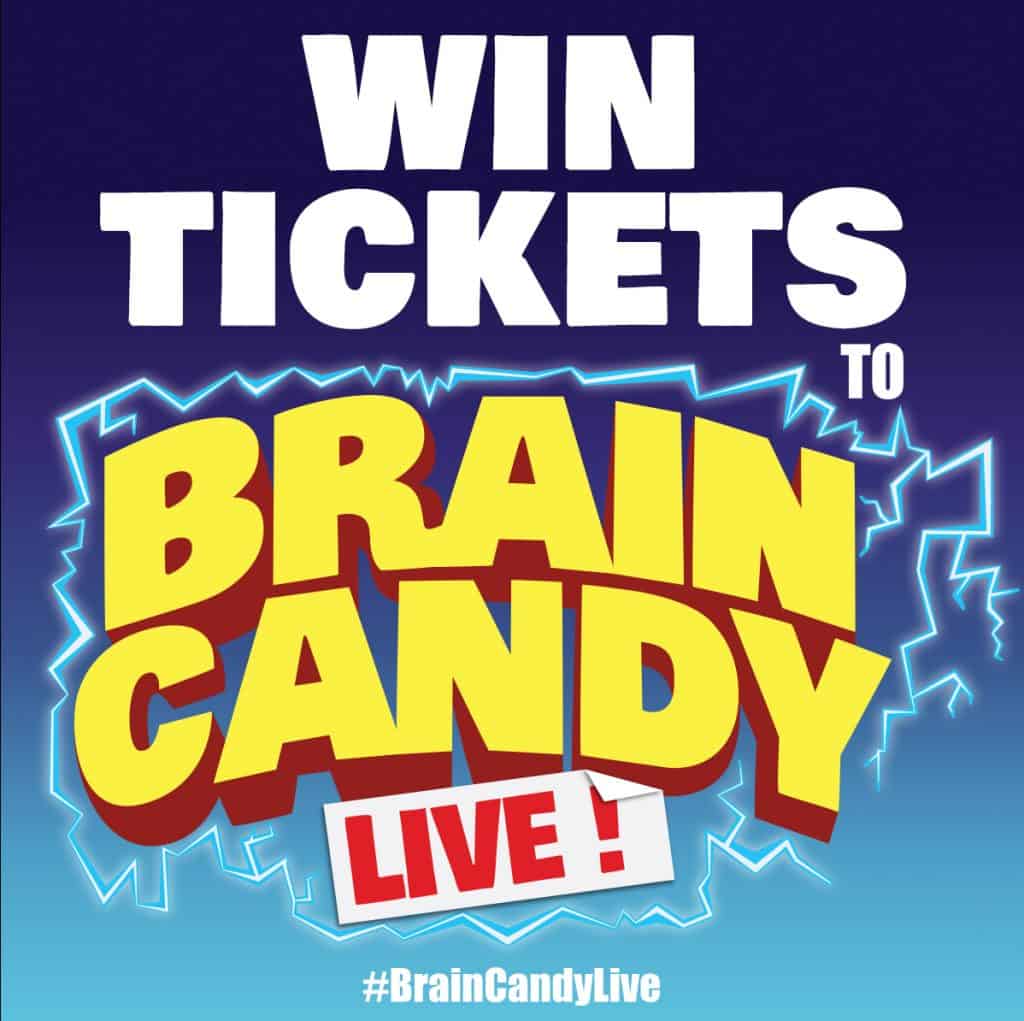 Most of our nights are spent in front of the TV, and if we said we never watched MythBusters, Tested and now The White Rabbit Project – we’d be lying. So we’re thrilled to see that Brain Candy Live is coming to the Fox! Get ready for a night of science, intelligent entertainment and fun. We’ve partnered with Olympia Entertainment to give a reader 4 tickets to see Brain Candy Live! in Detroit! Read how you can win below.

Olympia Entertainment is thrilled to announce the new live show Brain Candy Live!, starring Adam Savage, editor-in-chief of Tested.com and former co-host of the Emmy-nominated Discovery series MythBusters, and Michael Stevens, creator of award-winning YouTube Channel “Vsauce”, will debut at the Fox Theatre for one night only on Sunday, March 5 at 7 p.m.

Brain Candy Live! is an outrageous evening of entertainment from two of the most amazing minds of our times.  Adam Savage, one of television’s most loved personalities, has joined forces with Michael Stevens, one of YouTube’s biggest stars. Together, the two are bringing along more than 3 tons of their crazy toys, incredible tools and mind-blowing demonstrations for a celebration of curiosity that’s been described as a cross between TED Talks and the Blue Man Group.

Savage and Stevens can’t wait to unleash their collective sense of wonder, curiosity and fun for audiences to join-in and get their minds messy. Adam and Michael’s Brain Candy Live! experience is like a two-hour play date with Walt Disney, Willy Wonka and Albert Einstein.

Ask yourself, “Is it possible to 3D print a human – live onstage?” “Can you slow down the effects of gravity with something we throw away every day?” “What happens if everyone on earth jumps in the air at exactly the same time?” Discover all this and more as Adam and Michael entertainingly answer questions, question answers and talk Mother Nature into doing some things she’s never done before!

The tour will play 40 venues across the United States for a three-month run. This is the first time these two explosive minds bring their version of interactive, hands-on, minds-on theatrical experience to cities across the US.

Tickets can be purchased at OlympiaEntertainment.com, the Fox Theatre and Joe Louis Arena box offices, Hockeytown Authentics in Troy (without service charge), at all Ticketmaster locations and Ticketmaster.com. To charge tickets by phone, call (800) 745-3000.

Enter to win with the form below. Who will you take with you to see Brain Candy Live at the Fox? You have to answer this question to win! So make sure you leave a comment and then enter using the form below!

3 thoughts on “Win Tickets to Brain Candy Live at the Fox! #Braincandylive”

It’s time for ICAW – What’s That Mean for You?