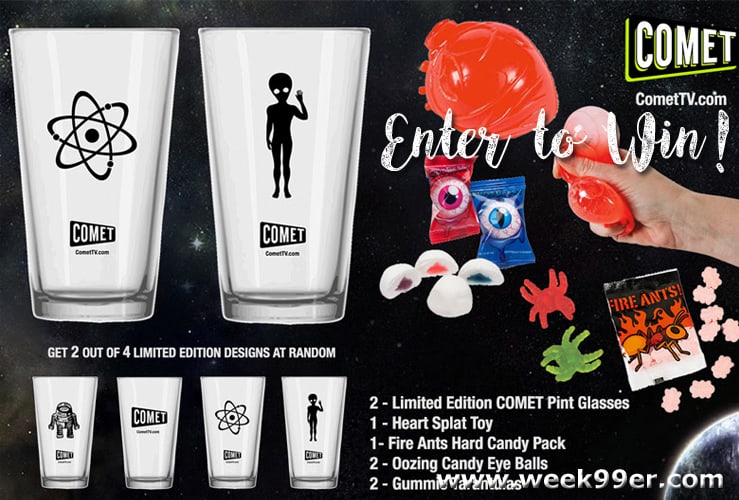 February has been a beast of a month so far, and we’re only part way through! As if they knew what was going to happen, Comet TV named it Beasts of February month, and filled their line up with great beast filled movies and shows for the fans of sci-fi and horror. To celebrate this month, we’ve partnered with Comet TV for a giveaway of some creepy and fun prizes this month – check out how you can win below!

COMET TV has all the spine tingling beasts you can sink your teeth into this February!

From the classic adolescent werewolf trials and tribulations of Teen Wolf to the outer world invasion of Species, catch any and all beasts airing this month on CometTV.com

Available on television digi-networks and online at CometTV.com, COMET offers something for everyone and has an incredible array of movies that you simply can’t get with a subscription to streaming platforms like Netflix, Amazon, or Hulu.

Want to win a fun Comet TV Beasts of February prize pack? One reader will win:

Each household is only eligible to win COMET TV Feb Beasts pack via blog reviews and giveaways. Only one entrant per mailing address per giveaway. If you have won the same prize on another blog, you will not be eligible to win it again. Winner is subject to eligibility verification.