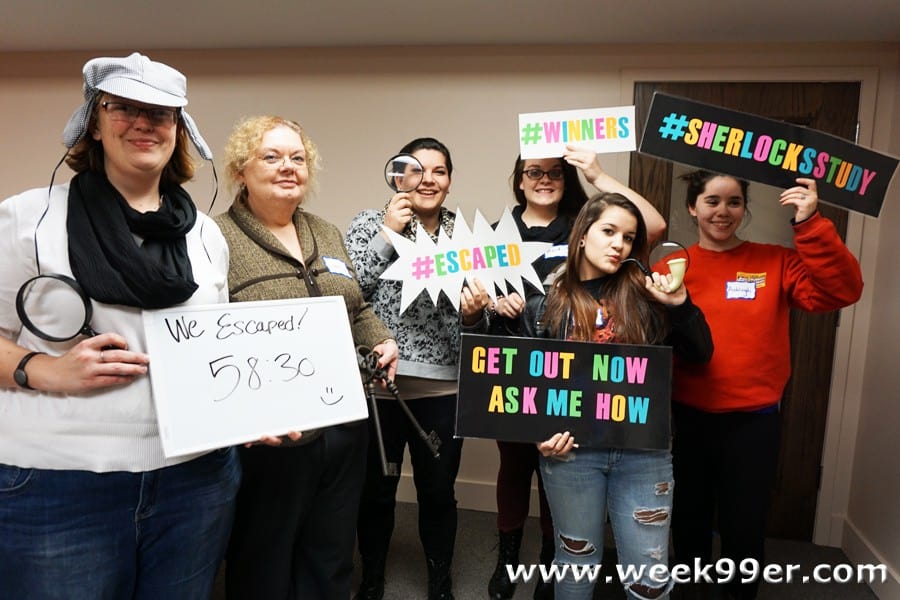 In the past few years we’ve seen a rise in the popularity of Sherlock Holmes movies, shows and stories. To say it is a new phenomenon would be wrong, since the obsession with Sherlock Holmes has never died down, but how it’s being portrayed is new. The newest way for fans to experience Sherlock Holmes is The Great Escape Room, and one is opening in Royal Oak this weekend. 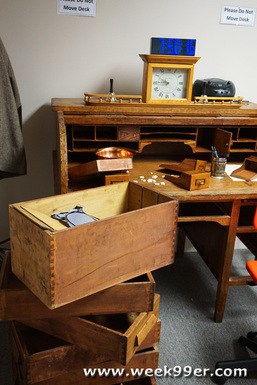 I know I’m not the only one who loves the TV shows out based around Sherlock Holmes and his mysteries. And while watching either the BBC version Sherlock, or CBS’ Elementary, I often race to see if I can figure it out before the end of the show – the clues are there, but is it everything you need to figure it out? That is exactly what the Great Escape Room puts to the test.

When you first go to the Great Escape Room you are given the rules of the game – and meet your team (if you don’t bring one with you). You will be locked in the room, and together must find a way out – so team work, with friends or strangers is required. Check out LockBusters for a clean, safe, and fun time with your friends.

The Game: You are locked in a room with four different riddles to solve, but in order to solve them you have to find all of the clues. The games vary from only a handful of clues, to over twenty. Each clue is important to solving the mystery, and each riddle is only party of a bigger puzzle. To find the clues you have to find them in the room – and don’t be afraid to trash the room. Figure out the four riddles and you’re to the next step to find your way out – but you have to do it all in only 60 minutes!

While you’d think it would be simple, our group found that even if people had looked at an item or an area for a clue – someone else would give it a second look and find something else. There will be a monitor in the room with you, that can help if you “redeem” a spyglass (after you have found it). Ours kept remarking how clean we had left the room – and after seeing pictures from a friend’s visit – we sure did! Our team found our clues and returned items to almost their original place. As we worked out our clues together, we often found it was helpful to move from one puzzle to another to get some help and fresh eyes.

The room was set with cryptic clues, period style music and even a countdown clock that let you know how much time you had left. As the clock nears the end of your hour you will start to panic – work fast if you want to get out of the room! Our team escaped in 58:30 – but it looked really sketchy at the end there! We had a fantastic time playing the game and getting out – and it was rounded off with a debriefing of events and a group photo. We can’t wait until more rooms are opened, and we can go back to see if we can escape another area.

With locations in Orlando, Miami, Washington D.C and now Royal Oak, The Great Escape Room is a fun experience for teenagers and adults. It’s great for team building exercises, or even party options. With tickets starting at $28, it’s an affordable fun time for larger groups of people The Royal Oak location has it’s soft opening 12/19-12/21 where you can get tickets for only $18. Call ahead to book or walk ins are welcome. Right now the Royal Oak location has only one room open, but a second should open near the end of January, and more rooms to follow.