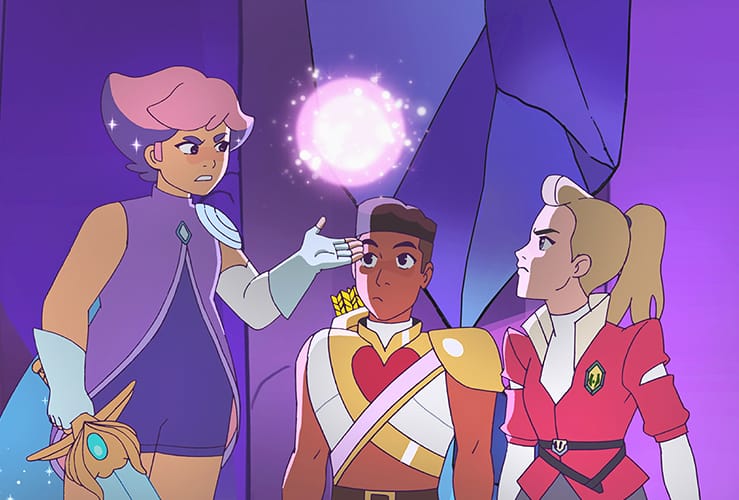 Eighties kids everywhere were holding their breaths when DreamWorks She-Ray and the Princesses of Power first became available on Netflix earlier this week. Responses have been mixed among fans, and but She-Ra really is a cartoon for the younger generation that girls of all ages are going to fall in love with. I grew up with the original She-Ra but remember watching the show when I was under was five years old – so my memory doesn’t go much beyond playing with the toys and watching it on a large tube television.

I tuned into Netflix earlier this week to see if the new series would hod up to the nostalgic memories I had, and in the first episode I was hooked and laughing along. No, this isn’t the same She-Ra that we watched as kids – and that’s ok too. It has a new audience base, and sometimes as an older generation we have to let the kids have this one. It cannot be made the same as the shows in the 80’s were, and we wouldn’t want it to be made the same anymore.

As you tune into watch She-Ra look for these great things:

The characters are More Modern

Adora is sarcastic and snarky. She’s definitely more a modern girl and a strong one at that. She was raised as a soldier but is instantly able to find her calling and forge her own path. She is still sensitive and willing to make friends when she’s on the go.

DreamWorks took the time to make sure that not all of their characters were cookie cutter characters. Not only do the princesses (and other characters) come in different sizes and shapes but different skin tones as well. The latest generation of children watching the series can find characters that they can relate to without having to search too far.

Adora works with her friends to help save others. Even when she thinks she can’t she will work to try to help with the help of her friends.

The series is still young, but DreamWorks She-Ra is setting a great pace for what we can expect. The adventures are different than what we anticipated, and it does play homage to the original series. We’re still curious if we’ll see He-Man eventually, but until then we’re going to keep watching She-Ra and loving the series that came back!

Here’s our Surprise Package from DreamWorks!

Check Out Some Clips from She-Ra and the Princesses of Power! 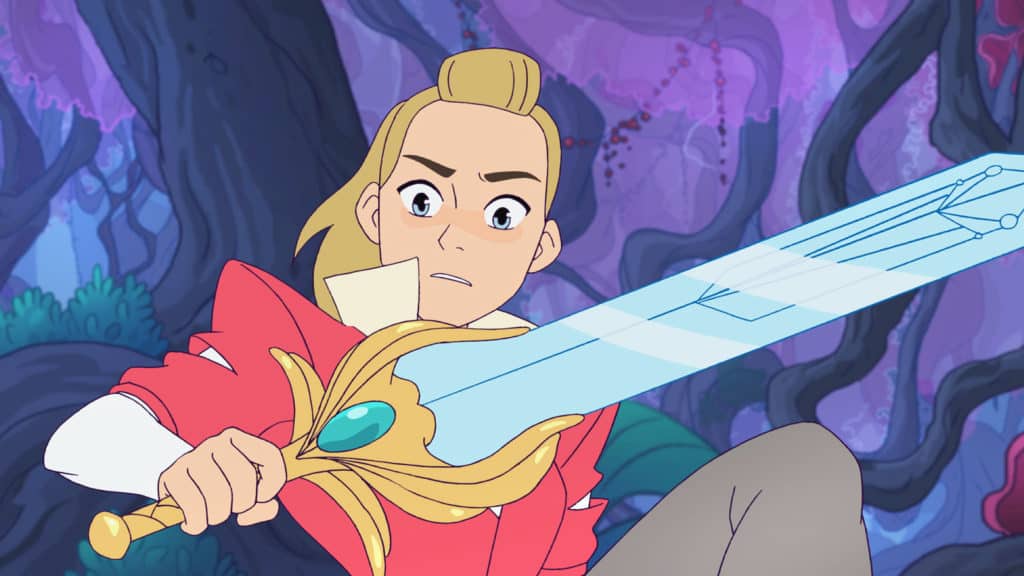 The highly anticipated Netflix original, DreamWorks She-Ra and the Princesses of Power, is now available. The 13 half-hour episodes tells the epic story of an orphan named Adora, who leaves behind her former life in the evil Horde when she discovers a magic sword that transforms her into the mythical warrior princess She-Ra. Along the way, she finds a new family in the Rebellion as she unites a group of magical princesses in the ultimate fight against evil. For the honor of Grayskull and in celebration of this release we have two new clips to share with you as well as the trailer and additional stills.