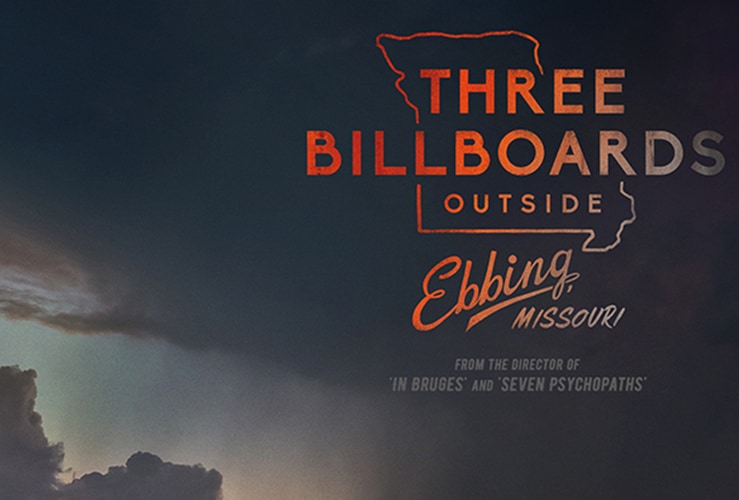 Walking into the theater to watch Three Billboard Outside Ebbing, Missouri I had absolutely no idea what to expect .I knew absolutely nothing about this move  going in: not the premise, not the actors, not even the genre. I went in one-hundred percent blind and what I found was a captivating crime drama with some pretty big names behind it (Woody Harrelson and Peter Dinkelage, are just the start). Three Billboards Outside Ebbing, Missouri is an engaging story about a grieving mother who wants nothing more than closure in regards to her daughter’s murder and her struggle with the local Police who she believes are not trying hard enough to solve this months-old case. Needless to say,  I was pleasantly surprised with this movie.

The film begins when the main character Mildred (Frances McDormand) rents 3 Billboards on the edge of town and uses them to call out the Chief of Police asking why no arrests have been made in her daughter’s case (hence the name of the film). From here we see how a small town in Missouri reacts to their beloved police chief (Woody Harrelson) being singled out and how Mildred reacts in turn, as far as the actual plot goes that’s about sums it up.

What I felt made this film really great was how the characters interacted with each other and how they change and grow based on these interactions. These interactions are only made better by the top notch acting from the entire cast with the two main characters standing out the most and truly showing off their range as actors.

Three BIllboards is really a breath of fresh air compared to most plot driven Hollywood blockbusters that have a tendency to let true character development fall to the wayside. Another standout  feature of this film was that tonally it was very dark but it was also able to keep the viewer  laughing throughout the entire film without it ever taking away from or overpowering the deeper more serious moments of  the story.

Overall, Three Billboards Outside Ebbing, Missouri has a lot of very good things going on for it and I truly struggle to think of anything negative to say about it. If you have the chance to go see it I would definitely recommend it.

About Three Billboards Outside Ebbing, Missouri: 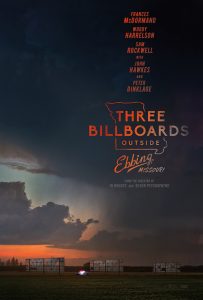 THREE BILLBOARDS OUTSIDE EBBING, MISSOURI is a darkly comedic drama from Academy Award® winner Martin McDonagh (IN BRUGES). After months have passed without a culprit in her daughter’s murder case, Mildred Hayes (Academy Award® winner Frances McDormand) makes a bold move, commissioning three signs leading into her town with a controversial message directed at William Willoughby (Academy Award® nominee Woody Harrelson), the town’s revered chief of police. When his second-in-command Officer Dixon (Sam Rockwell), an immature mother’s boy with a penchant for violence, gets involved, the battle between Mildred and Ebbing’s law enforcement is only exacerbated. This film is rated R.

Latest posts by Dylan (see all)