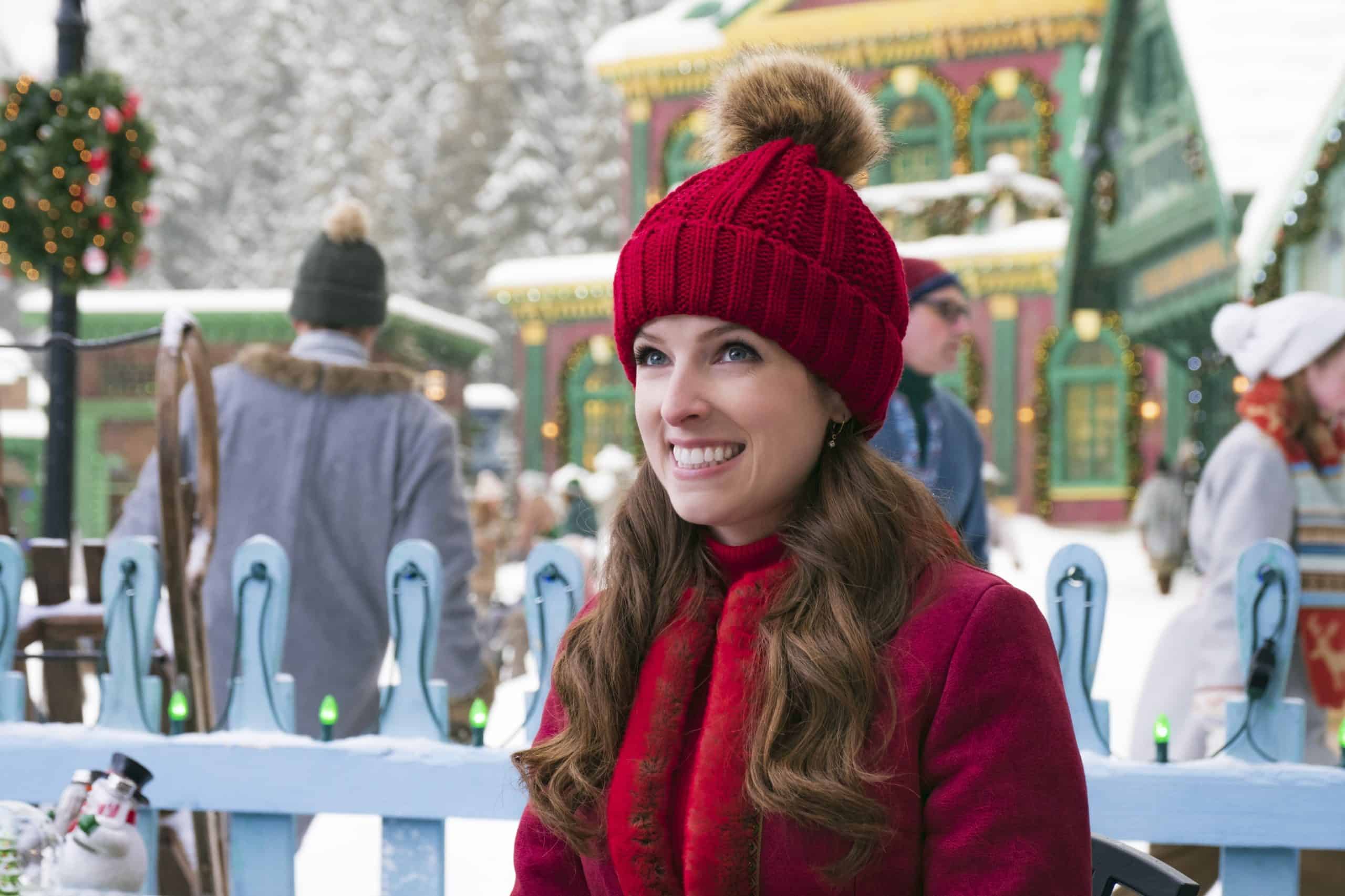 Oh My Garland! Disney’s holiday original movie Noelle is captivating hearts and families are binging it over and over again already on Disney+. And while the movie is a bit cheesy (in all the right ways), there are some great things that Noelle brings to the table that you don’t usually find in holiday movies. Look past the goofy holiday themed lines throughout the movie and find a few interesting lessons your kids will find in this fun holiday movie.

Noelle is filled with Girl Power

Put those cookie cutter Hallmark movies on the shelf – Noelle isn’t like them at all. Besides not having a story where a girl moves to a city to find herself and finds that a guy she didn’t expect makes her whole – Noelle is never broken on her own. She has bigger dreams, but accepts her position in life. Her brother is supposed to be the next Santa, she’s there to bring happiness and cheer to the world – that’s her role and she’s happy to do it.

Her mother is busy, she has her own job. Producer Suzanne Todd said this is intentional. “It’s a tricky thing when you’re doing Santa and Mrs. Claus, but the thing we didn’t want it to seem like was that Mrs. Claus had nothing to do… We wanted it to really play like Mrs. Claus had a role in the North Pole. And I think for me, and basically every woman that works outside the house. We envisioned that Mrs. Claus was really kind of the power behind the throne and helping out.”

With a strong woman raising her, and a smart mouthed Elf Polly as a nanny, Noelle is destined to be strong on her own – when she finally finds her footing. And it’s exactly this story that drives the movie. She goes from a girl finding her own voice to one who takes control of her journey and a large company. “The last scene, we call it the girlboss scene when she’s like in charge of Christmas was actually something that we added after the fact,” Todd said, “it wasn’t originally in the script because it really felt like we wanted that moment. You know, that moment that we all crave and strive for that aspirational moment. I think we all felt like we wanted to celebrate with her character, that moment of like, I really got this, you know, like, I’m telling people what to do, and I’m doing things my way and it’s all going well.”

Noelle’s relationship with her brother through the movie is another driver of the movie. If you have a sibling, you will recognize exactly what is going on. Noelle and Nick love each other, and may not understand what the other sibling is doing, or exactly going through, but are there to support each other.

Todd told us, “[Nick], he clearly was set on a path that was not actually the right path for him. He wasn’t really good at that. And he was being forced into that for all the wrong reasons. For him, the idea that he actually had the courage right to step off the path and leave town and go teach yoga and find his joy. I think that’s a nice message for boys and men, and all of us.”

As Nick finds his own path, his support of his sister never falters – and his support for her ownly gros. “I think what you get to see with Bill’s character is that he really sees her. He’s present with her he really can kind of see her for who she really is not a single power. That’s so powerful for any of us, you know, when you spend time with somebody who really gets you and understands you and can see you for who you are. Sometimes it helps you see yourself in a new light, which is really powerful and lovely. ” Todd said about his support of Noelle and their roles at the end of the film.

Yes, Noelle is filled with positive messages for girls and how they can achieve their dreams. But what about little boys? Jake’s son in the movie isn’t into sports, but rather is really into cooking. This is shown as something that as normal and even though it is not considered a traditional role for boys to go after – his father accepts what he wants to do. Even this decision in the movie was made with intention according to Todd, “The thing that I really like as a message to boys and to men is their expectations on you also. And that’s not necessarily what you need to do with your life just because somebody says to you, oh, you’re going to grow up and do x or you’re going to play this sport because that’s what you know, your family expects or your school expects, or your society, your culture expect. I think, [it] builds character for the character of the brother, he clearly was set on a path that was not actually the right path for him. He wasn’t really good at that. And he was, you know, being forced into that for all the wrong reasons. And for him, the idea that he actually had the courage right to step off the path and leave town and go teach yoga and find his joy. I think, that’s a nice message for boys and men and all of us.”

Different Parts of Society Are Shown – not as just a prop

While the holiday season is one that we all love to celebrate, there’s often this misconception in holiday movies that everyone is on a even playing ground. With a roof over their head, with no family structure changes, with piles of presents and twinkle lights everywhere. Noelle, doesn’t take that approach. Instead, it shows that there are different types of families, lives at different stages and more that kids can relate to. These different lives and things are shown in the movie but not used as a cheap plot device to push the story ahead.

Todd said there’s something special about how this was set up for the movie and how kids from all over can find themselves portrayed in Noelle. “I love the fact that kids of all kinds can see themselves in this movie. We talked a lot about the girl power keys. But I feel like you know, we see a kid going through divorce and his first Christmas going through that. And there’s something very real for kids that they don’t always get to see portrayed in the film. And we see a kid cell at kids celebrating the holidays in a homeless shelter. Again, a very real thing for kids going through that they don’t always get to see on the big screen. So I guess just how do you even start to wrap your mind around portraying all these different kinds of kids, I felt like that was a wonderful display that the kids can really go to this and be connected to the film. It’s not just about you know, here’s my family in my nice house. And with mom and dad, they’re right kind of wrapping your head around that whole production piece of including kids of various backgrounds.”

Noelle is streaming right now on Disney+ and you can watch it over and over with your family any time you want! Grab your Yogurt Pants and get cozy for a fun family movie day!

In Disney+’s holiday comedy “Noelle,” Kris Kringle’s daughter is full of Christmas spirit and holiday fun, but wishes she could do something “important” like her beloved brother Nick, who will take over for their father this Christmas. When Nick is about to crumble like a gingerbread cookie from all the pressure, Noelle suggests he take a break and get away…but when he doesn’t return, Noelle must find her brother and bring him back in time to save Christmas. The sudden disappearance of the new Santa (Bill Hader) leads to chaos in the North Pole, so Mrs. Claus (Julie Hagerty) must step up to rein in the hi-tech replacement Santa, Cousin Gabe (Billy Eichner). Meanwhile, Noelle and Elf Polly (Shirley MacLaine), the family’s acerbic but good-hearted nanny, are down South on a search-and-recover mission, during which Noelle (Anna Kendrick) comes to realize she has much in common with her father and begins to understand the true meaning of Christmas. Written and directed by Marc Lawrence, “Noelle” stars Anna Kendrick, Bill Hader, Kingsley Ben-Adir, Billy Eichner, Julie Hagerty and Shirley MacLaine. The film is produced by Suzanne Todd, p.g.a. with John G. Scotti serving as executive producer.