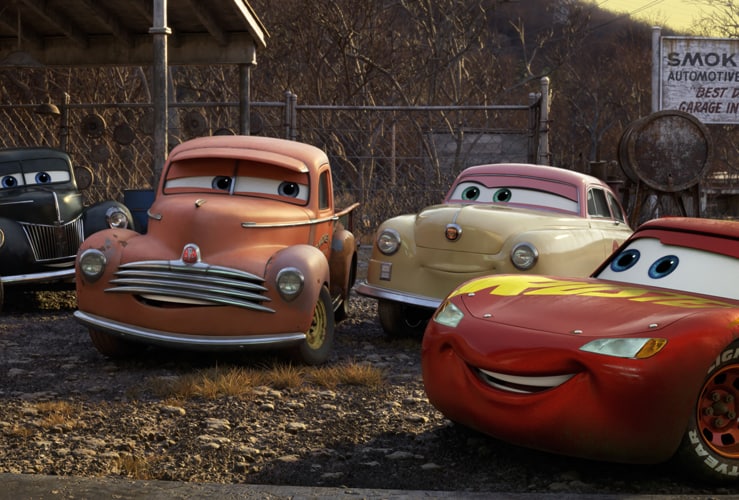 As soon as we saw the trailer for Cars 3 we knew it was going to be a come back story. The movie of course brings back our favorite characters, but Disney has not only brings in new characters but has matured the story for the viewers as well as the time that has passed since the original movie. When we went into the screening of Cars 3, I knew the movie would either win me over or it would just be “a nice addition” to the series. What I did not expect was a movie that is quite honestly the best out of the whole series so far.

We all see McQueen’s crash, and the whole premise of Cars 3 is his come back. But it’s also about finding out who you actually are and where the characters belong. This follows both Lightning McQueen as well as other characters throughout the whole film. We were worried the crash scene in the movie may be too traumatic for smaller kids, but throughout the theater we only heard one little voice “Mommy, McQueen fell down!” Disney took a moment that had the possibility of being traumatic and handled it well for viewers of all age.

With moments that take you back to Radiator Springs, and others that take you to the newest technology in the racing world (based on real technology) the movie covers everything car enthusiasts will love. Lightning McQueen and his trainer Cruz Ramirez even end up in a demolition derby. An unlikely place for race cars, but one that leads to several intense moments that will actually have you laughing.

The new characters are great additions to the story, and are well developed. And yes, Cruz Ramirez is definitely more than just a trainer. Her character is well developed and you’ll love where her story actually takes her.

We walked out of the movie smiling, and couldn’t believe how well this movie fits the story line and helps move all of the characters forward. Am I shocked I liked this movie better than the first two? Not really, Disney and Pixar have had 10 years to develop these characters deeper and the technology to animate the ever changing automotive industry. With a hint of automotive history rolled in, Cars 3 is the best developed of the story lines and will have you wanting to visited Radiator Springs at California Adventures.

Yes, stay after the credits for an extra scene. Do we think it’s the end of the Cars stories? Not at all! The movie sets us up for the possibility of continuing the Cars universe and stories with the new characters as well as our favorites.

Check out clips from the film below and don’t forget to print out these great Cars 3 Activity Sheets!

“The Next Gen” Clip: 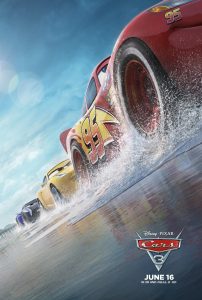