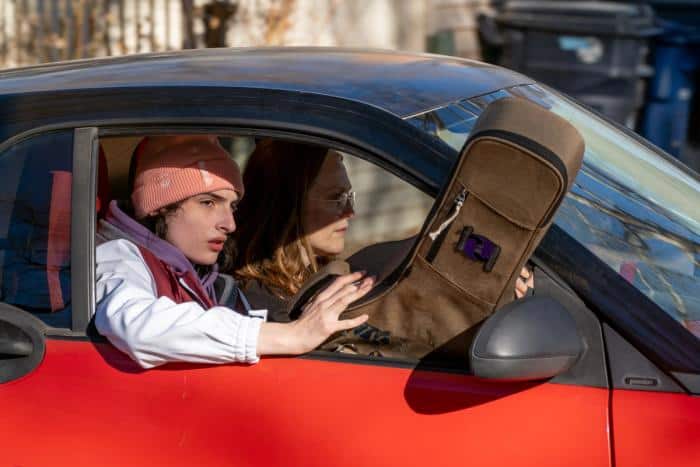 There seems to be a disconnect between entertainment and reality, and sometimes the differences can be quite extreme. But when the whole plot of a movie is how disconnected people are from others, their own world, and each other – it seems like the result is a movie that drags and feels like it’s not worth the effort.

The new Jesse Eisenberg movie When You Finish Saving the World is just one of those movies. Focusing on the life of a mother Evelyn, who cannot connect with her son Ziggy. Both so focused on themselves and their own pursuits they not only neglect their relationships with each other but start to alienate others around them. The result – people and characters that are so unlikable that you may want to stop watching the movie.

Evelyn is a psychologist working at a domestic violence shelter, and while the job seems to give her purpose – it is mostly self-serving. When she cannot connect with her son she starts to try to force a teenage boy in the home to fit her ideal mold of a son and change his goals. She has a total disconnect from what he’s telling her, what her actions would do, and only sees what she wants to happen and is willing to ignore everything else to make it happen.

As for Ziggy, he’s a songwriter and livestreams on a social media site. His obsession with telling people how popular he is, and performative acts to try to win over a girl in his class are just as selfish and disconnected as his mother’s. He takes a poem of hers and turns it into a song to show her how progressive and political he can be, only to turn around and use it to make a profit and clout on his social media account.

Both characters are so self-involved, disconnected from actual reality and those around them, it’s amazing they can function at all in society. Their selfishness goes even as far as to disregard other family members in order to reach their supposed goal of reconnecting.

And that’s just what they end up doing in the end – finding each other. Which is probably perfect, since no one else would put up with them acting how they do. Their disregard for others is infuriating. But maybe that’s the point of the movie? To show that a total disconnect from reality can lead to that from those you love? But even with that, their reconnection seemed forced, and there’s no real redemption here. Instead, the movie ends, thankfully in under 90 minutes – but you aren’t any better off after watching it.

About When You Finish Saving the World

Evelyn and her oblivious son Ziggy seek out replacements for each other as Evelyn desperately tries to parent an unassuming teenager at her shelter, while Ziggy fumbles through his pursuit of a brilliant young woman at school.