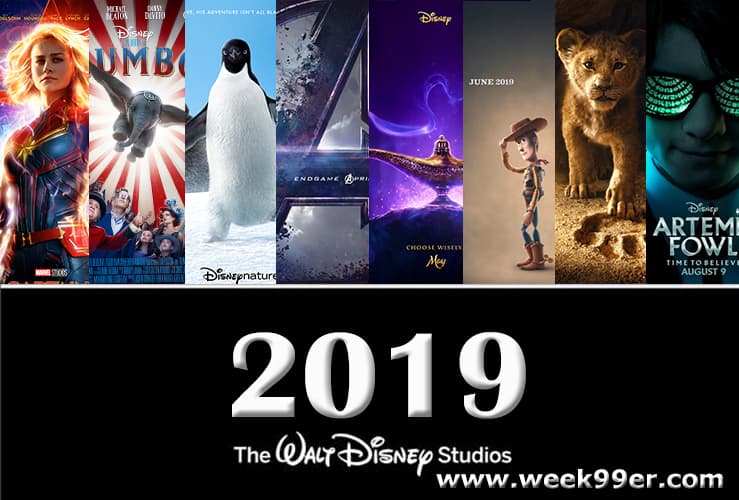 From our childhood favorites coming to life to girl power, Walt Disney Studios is setting us up for an amazing 2019 in theaters. We can expect to have the introduction of Captain Marvel, see Dumbo fly, penguins find their own story, how Infinity War ends, a real life Genie, new characters coming to the play room, Simba find his truth and Artemis Fowl search for his father. Filled with family friendly movies and ones that your inner child is going to love – we can’t wait to get our popcorn and watch these new films.

Are you as excited about these new movies as we are? Here is what we know about the upcoming films below! Some we’re still waiting on the official information, but we will update this list when we get more information for you! We’ll see you at the movies!

Set in the 1990s, Marvel Studios’ CAPTAIN MARVEL is an all-new adventure from a previously unseen period in the history of the Marvel 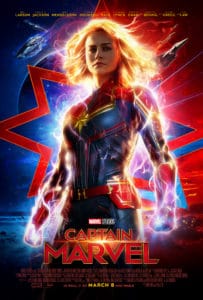 Cinematic Universe that follows the journey of Carol Danvers as she becomes one of the universe’s most powerful heroes. While a galactic war between two alien races reaches Earth, Danvers finds herself and a small cadre of allies at the center of the maelstrom. The film stars Brie Larson, Samuel L. Jackson, Ben Mendelsohn, Djimon Hounsou, Lee Pace, Lashana Lynch, Gemma Chan, Rune Temte, Algenis Perez Soto, Mckenna Grace, with Annette Bening, with Clark Gregg, and Jude Law. Marvel Studios’ CAPTAIN MARVEL is produced by Kevin Feige and directed by Anna Boden and Ryan Fleck. Louis D’Esposito, Victoria Alonso, Jonathan Schwartz, Patricia Whitcher and Stan Lee are the executive producers. The story is by Nicole Perlman and Joe Shrapnel & Anna Waterhouse, and the screenplay is by Anna Boden & Ryan Fleck and Geneva Robertson-Dworet and Jac Schaeffer. 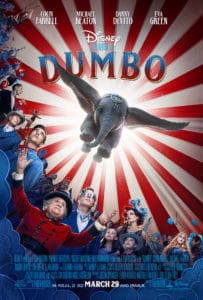 where differences are celebrated, family is cherished and dreams take flight. Circus owner Max Medici (Danny DeVito) enlists former star Holt Farrier (Colin Farrell) and his children Milly (Nico Parker) and Joe (Finley Hobbins) to care for a newborn elephant whose oversized ears make him a laughingstock in an already struggling circus. But when they discover that Dumbo can fly, the circus makes an incredible comeback, attracting persuasive entrepreneur V.A. Vandevere (Michael Keaton), who recruits the peculiar pachyderm for his newest, larger-than-life entertainment venture, Dreamland. Dumbo soars to new heights alongside a charming and spectacular aerial artist, Colette Marchant (Eva Green), until Holt learns that beneath its shiny veneer, Dreamland is full of dark secrets.

Watch the Teaser Trailer for Dumbo Below: 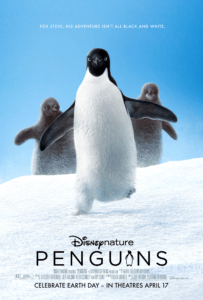 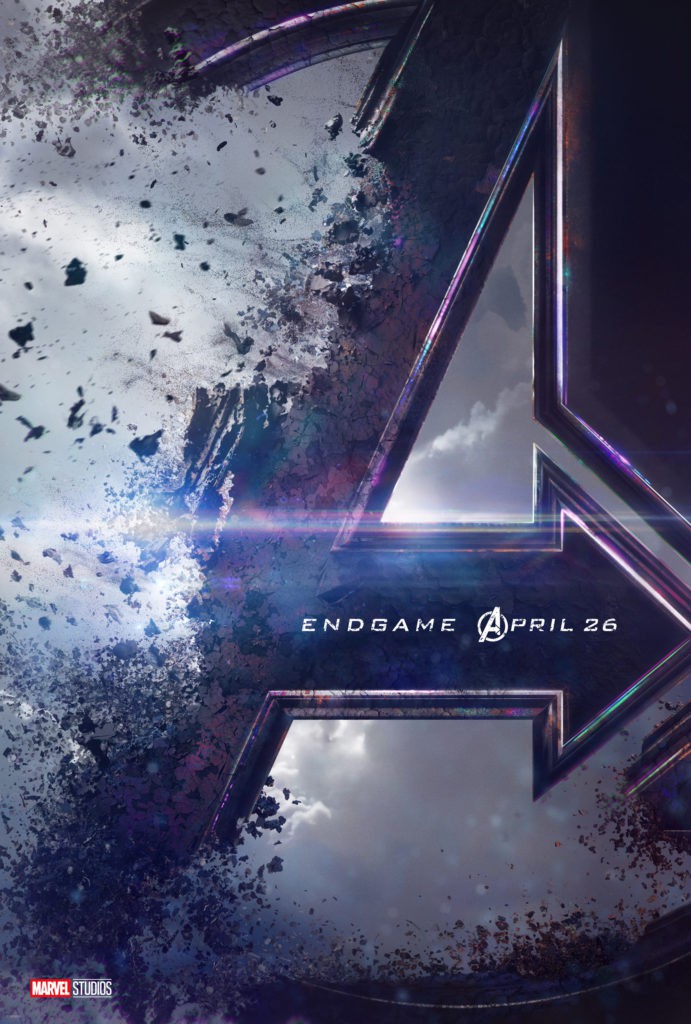 ALADDIN is the exciting tale of the charming street rat Aladdin, the courageous and self-determined Princess Jasmine and the Genie who may be the key to their future. Directed by Guy Ritchie, who brings his singular flair for fast-paced, visceral action to the fictitious port city of Agrabah, the film is written by John August and Ritchie based on Disney’s ALADDIN. 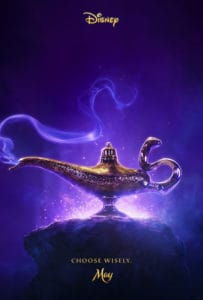 ALADDIN stars Will Smith as the larger-than-life Genie; Mena Massoud as the charming scoundrel Aladdin; Naomi Scott as Jasmine, the beautiful, self-determined princess; Marwan Kenzari as Jafar, the powerful sorcerer; Navid Negahban as the Sultan concerned with his daughter’s future; Nasim Pedrad as Dalia, Princess Jasmine’s free-spirited best friend and confidante; Billy Magnussen as the handsome and arrogant suitor Prince Anders; and Numan Acar as Hakim, Jafar’s right-hand man and captain of the palace guards. The film is produced by Dan Lin and Jonathan Eirich with Marc Platt and Kevin De La Noy serving as executive producers. Alan Menken provides the score, which includes new recordings of the original songs written by Menken and lyricists Howard Ashman and Tim Rice and two new songs written by Menken and songwriters Benj Pasek and Justin Paul.The film, which was shot on practical stages in London and on location amidst the stunning desert vistas of Jordan, has a talented creative team helping to bring Agrabah to life, including: director of photography Alan Stewart, production designer Gemma Jackson and costume designer Michael Wilkinson. 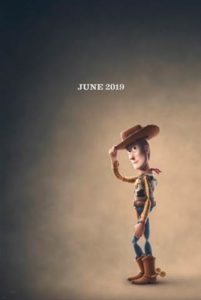 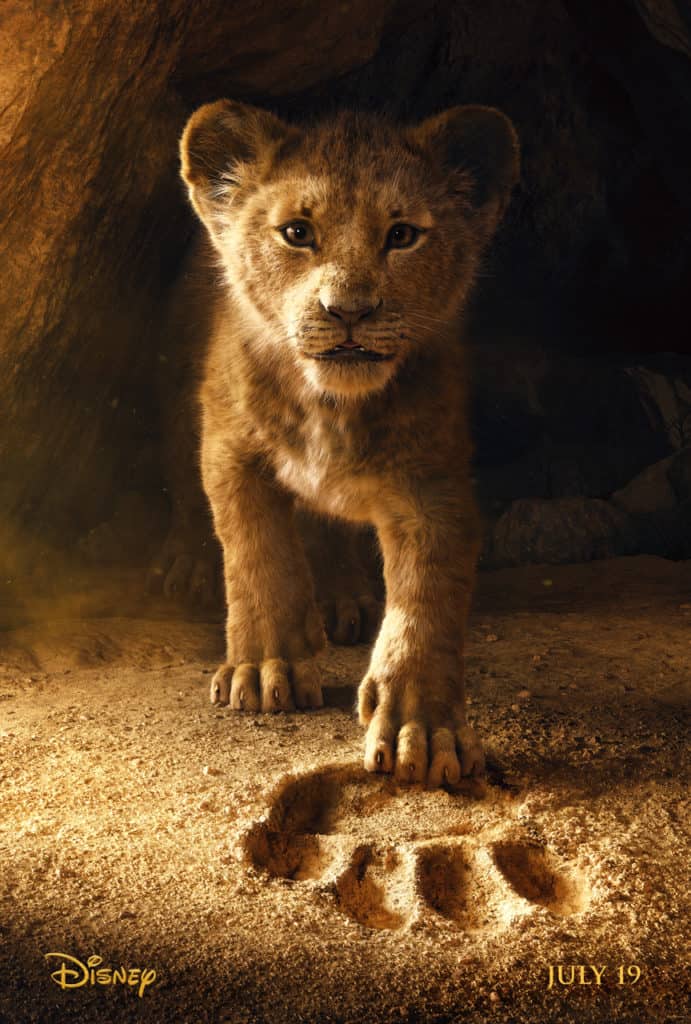 THE LION KING opens in theatres everywhere on July 19th, 2019

Disney’s “Artemis Fowl,” based on the beloved book by Eoin Colfer, is a fantastical, spellbinding adventure that follows the journey of 12-year-old genius Artemis Fowl, a descendant of a long line of criminal masterminds, as he seeks to find his father who has mysteriously disappeared. With the help of his loyal protector Butler, Artemis sets out to find him, and in doing so uncovers an ancient, underground
civilization—the amazingly advanced world of fairies. Deducing that his father’s disappearance is somehow connected to the secretive, reclusive fairy world, cunning Artemis concocts a dangerous plan— so dangerous that he ultimately finds himself in a perilous war of wits with the all-powerful fairies. 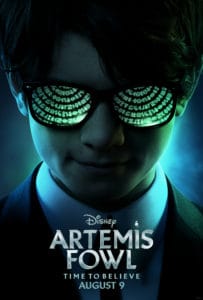 Directed by Kenneth Branagh and based on the beloved book by Eoin Colfer, ARTEMIS FOWL follows 12-year-old genius Artemis Fowl, a descendant of a long line of criminal masterminds, as he finds himself in a battle of strength and cunning against a powerful, hidden race of fairies who may be behind his father’s disappearance.

Arendelle heats up in 2019 when Anna, Elsa, Kristoff and Olaf return to the big screen in Walt Disney Animation Studios’ “Frozen 2,” the much-anticipated follow-up to 2013’s Oscar®-winning “Frozen”—the highest grossing animated film of all time. Kristen Bell, Idina Menzel, Jonathan Groff and Josh Gad reprise their roles, while Chris Buck and Jennifer Lee, the team behind “Frozen,” return to the directors’ chairs.