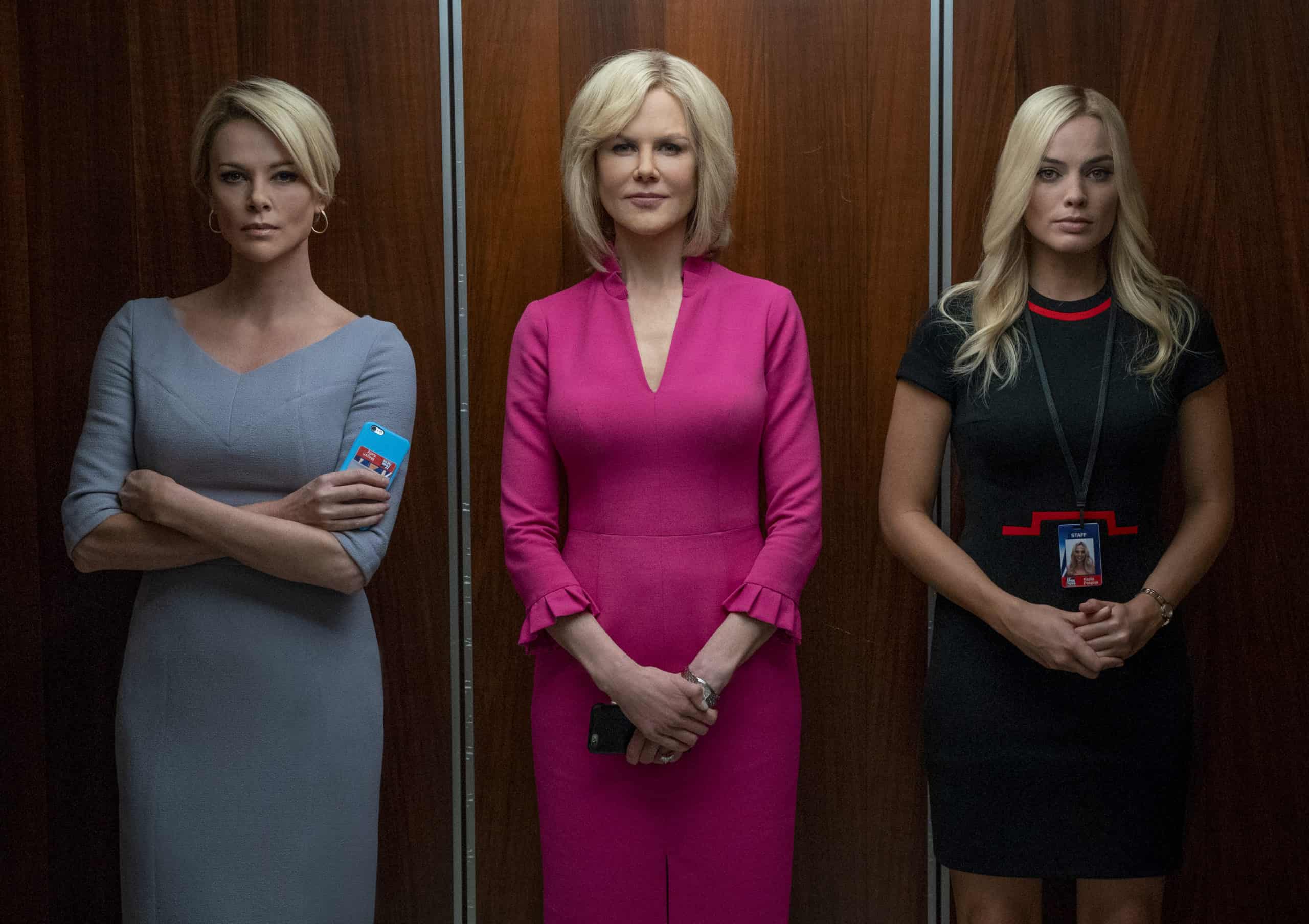 We all watched it unfold on the news, powerful man after powerful man fall. It is still something that is happening in this post #Metoo world. But other than what the mainstream news, what does the public know about what happened at Fox News and several other similar cases that have dominated the papers?

In the upcoming Lionsgate film, Bombshell we get just a hint of what was happening behind those closed doors. Based around the sexual allegations that brought down Roger Ailes and other men on the same network, Bombshell tells the story from the women’s perspective. It’s not just a one person story telling their side in contrast to one other person, but what started the movement and brought the story to the national headlines.

Set in the not too far past, Bombshell takes an interesting perspective telling the story. The case starts with a well established news anchor being let go, and her starting a legal case against the network. But it also pairs it a young woman who is just starting her career, and a well established newscaster who is at the top of her career. It shows how the women were used as commodities and how they’re expected to comply and to keep their jobs as well as get ahead. It gives viewers a look at the abuse and what happened at the different stages of careers and allows you to imagine what happened to one victim through her whole career without making it directly about that one character at all.

The movie is eye opening, and all the while doesn’t show you anything graphic. It does have some sensitive topics, but with this topic that can be expected. Expect cursing and some moments that will make you feel uneasy and even upset.

Bombshell gives us a glimpse of what actually happened from some of the women that were involved and at the heart of the whole situation. The names of some involved have been changed, and characters have been added to flesh the story out. But that doesn’t mean it’s 100% truth. Remember that Bombshell is a movie based on the actual events, and some items may be changed for the movie. It is not a documentary that would focus on the 100% truth, but a Hollywood movie that highlights the story and what happened. This is not to say that the movie doesn’t show what happened, but legal agreements means that characters may have been changed and facts adjusted so they did not break gag orders.

Bombshell will be in theaters everywhere on December 13th.

Based on the real scandal, BOMBSHELL is a revealing look inside the most powerful and controversial media empire of all time; Fox News, and the explosive story of the women who brought down the infamous man who created it. Starring Charlize Theron, Nicole Kidman, John Lithgow and Margot Robbie. Directed by Jay Roach. (LIONSGATE)