I didn’t think I’d ever write this post, but just last weekend I got an invite I never expected, and couldn’t turn down. This weekend I’m going on a trip to Disneyland! Yes, I just unpacked my bags from the trip I returned from this evening, and I’ll be washing my clothes and packing another bag. I’m excited beyond words, since I’ve never been to Disneyland, or the Disney Studio Lot – and I get to experience both! 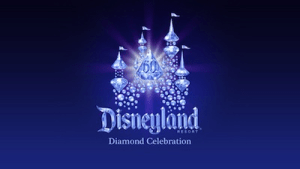 The three day trip is going to be a whirlwind of information and experiences to celebrate several different things. The first is the Diamond Celebration of Disneyland – Yes, the park is 60! And much like celebrating anniversaries as a couple, the park is celebrating big and with style! Disneyland first opened on July 15th, 1955 -and this year the park is decorated and pulled out all of the stops! Our trips will also line up with some of their Halloween decorations, which adds another level of excitement for me! 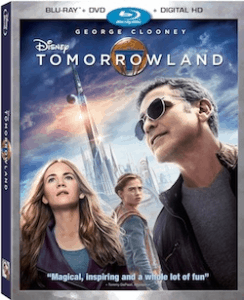 While we’re at Disneyland, we’re going to be talking to Brad Bird, the director of Tomorrowland, as well as actors from the film like  Thomas Robinson (Young Frank) & Raffey Cassidy. Tomorrowland was one of the movies we weren’t able to see before it came out, so we took the time to see it in the theaters. It’s a mix between a the future as we imagine it and what it was suppose to be from the 1960’s view, and an optimists view of what the world could be. We absolutely loved the movie, and we are even more excited that we’re able to watch it at home now with a (super early) advanced copy at home. Tomorrowland is slated to be released on Blu-Ray and DVD on October 13th – but get ready for a lot more information here before that date! While we’re at Disneyland, we also get to talk to Disney Dreamers, Product Designers and have a meal made by a Disney Chef. 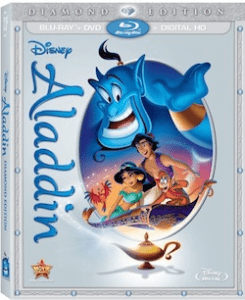 Next Tuesday, we’ll be spending our morning at the Disney Studio Lot and talking to Eric Goldberg, the animator of the Genie from Aladdin. Not only is this extremely cool, but Aladdin holds a special place in our home. Aladdin first came out in 1992 when I was in third grade – I remember the year exactly, because my teacher got everyone a copy of the paperback book for Christmas. Years ago, when watching the movie with my boyfriend (which is one of his favorite Disney movies) – and he started laughing. The movie came out when he was starting high school – and since then, Aladdin has been the bench mark of our age difference. We both love the movie, the creativity of it, and of course Robin Williams as the Genie! So the Diamond Edition release of the movie is exciting for both of us, and I’m excited to learn more about all that went into making the film and creating Genie! Aladdin Diamond Edition is also being released on October 13th!

Our trip has a ton of different thing we’re doing in such a short time, including time to explore and play at Disneyland! If you heard an excited squeal, that was from me! Another part of our trip is surrounding Disney Movies Anywhere, which is perfect for me! I’ve got all of my Disney, Marvel and Pixar movies set up on it already, and I plan on using it to keep myself entertained at the airports and on my flights.

Be sure to follow along on my adventure this Sunday the 20th to Tuesday the 22nd. You can find my posts and several other great bloggers with the hashtags #Aladdinbloggers #Tomorrowlandbloggers and ‪#‎Disneyland60‬ Follow along and share a bit of the magic!

History, Magic and More Inside the Lacock Abbey