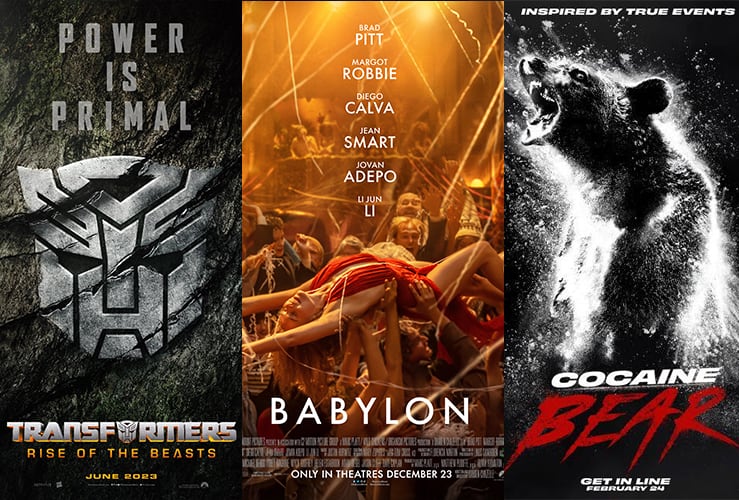 “On the eve of Disney’s 100th anniversary, it was such a joy to create the first new Oswald short from our studio since 1928,” says McKim. “Our hand-drawn animation team – including our hand-drawn legends Mark Henn, Randy Haycock and Eric Goldberg, as well our wonderful team of 2D apprentices, had a ball animating in the style of Oswald’s era.”

“Oswald is such a plucky scamp. We wanted to bring Oswald back, and in the short, he literally returns to his original home, the movie screen,” says Goldberg. “We wanted to have Oswald do all of the ‘squash-and-stretch,’ ‘rubber hose’-animation style, celebrating that first generation of Walt Disney’s artists.”

Oswald the Lucky Rabbit is considered Walt Disney’s first breakout animated star, and widely considered one of the first characters in animation history to feature a unique personality. Walt Disney introduced Oswald to moviegoers in 1927 with the short “Trolley Troubles.” 26 Oswald short films were created by Walt Disney and his team, with the final Disney shorts starring the character releasing in late summer 1928, the same year Walt lost creative control over his beloved rabbit. In 2006, Disney CEO Bob Iger made an unprecedented deal with NBC/Universal, that included permitting sportscaster Al Michaels to contract with NBC in exchange for the return of Oswald to his original home. Since then, Oswald has appeared in video games and merchandise, an animated short, and in Disney theme parks globally.

As part of the Filmed for IMAX program, Top Gun: Maverick was shot with IMAX-certified digital cameras and features nearly an hour of IMAX exclusive Expanded Aspect Ratio (EAR). Moviegoers will find themselves totally immersed in our 1.90:1 aspect ratio, which provides up to 26% more picture only in IMAX. Shot with 6 IMAX-certified cameras strapped into real F-18 cockpits, audiences will soar through the sky like never before.​ This film pushes the boundaries of film technology innovation and IMAX audiences will experience the action in unmatched quality.

Exclusively in IMAX theatres, select sequences of Top Gun: Maverick will fill the entire screen as intended by director Joseph Kosinski, allowing moviegoers to experience more of the images with unprecedented crispness and clarity. Combined with next generation IMAX precision sound, audiences are in for a truly spectacular and immersive experience.

Hulu’s All-New Unscripted Series “Back in the Groove” – Premiering Dec. 5

Three single women in their 40s, all stuck in the grind of their everyday lives, will check OUT of their comfort zones and check INTO The Groove Hotel, a magical resort on the beautiful island of the Dominican Republic – where the goal is to rediscover their youth, live joyously, and hopefully find love with men HALF. THEIR. AGE. As the saying goes, “you can’t fall in love with someone else until you fall in love with yourself!” At the Groove Hotel, these three women will have the opportunity to do both! Whether they find the perfect fling, friendship, true love, or something in between, this is their chance to take charge and break through the double standards older women face every day. And they’re going to have a lot of fun doing it! The show is hosted by Taye Diggs, who knows a thing or two about getting into the groove.

TO THE END – Opening only in theaters in December 9

Filmed over four years of hope and crisis, TO THE END captures the emergence of a new generation of leaders and the movement behind the most sweeping climate change legislation in U.S. history. Award-winning director Rachel Lears (Knock Down The House) follows four exceptional young women— Rep. Alexandria Ocasio-Cortez, activist Varshini Prakash, climate policy writer Rhiana Gunn-Wright, and political strategist Alexandra Rojas— as they grapple with new challenges of leadership and power and work together to defend their generation’s right to a future.

From street protests to the halls of Congress, these bold leaders fight to shift the narrative around climate, revealing the crisis as an opportunity to build a better society. Including up-to-the-minute footage that culminates in 2022’s landmark climate bill, TO THE END lifts the veil on the battle for the future of our world, and gives audiences a front seat view of history in the making.

BLACK WARRANT – In Theaters and VOD 12/9

A semi-retired special ops assassin and a DEA agent cross paths on separate missions to stop a cyber terrorist organization that has built a dangerous machine threatening to attack the power grid and bring catastrophe to the world. Starring Cam Gigandet (The Magnificent Seven), Tom Berenger (Inception) and Jeff Fahey (Lost) in this gritty, action-packed thriller.

Starring Don Johnson (Knives Out) and Olga Kurylenko (Quantum of Solace). An ex-KGB operative turned chef, Ana (Kurylenko) is targeted by the local mafia in a hit on her new restaurant to collect on her husband’s (Johnson) debt. Now, Ana must rely upon her lethal skills as she goes on a deadly rampage to take out the entire crime syndicate one-by-one to save her restaurant and survive the night in this action-packed crime thriller.

From Damien Chazelle, BABYLON is an original epic set in 1920s Los Angeles led by Brad Pitt, Margot Robbie and Diego Calva, with an ensemble cast including Jovan Adepo, Li Jun Li and Jean Smart. A tale of outsized ambition and outrageous excess, it traces the rise and fall of multiple characters during an era of unbridled decadence and depravity in early Hollywood.

After the sudden suicide of their estranged mother, two siblings return to their hometown and are immediately confronted by angry villagers. Convinced that the woman was a devotee of a dangerous brand of black magic deemed responsible for a string of mysterious deaths over many years, the locals demand that the siblings leave and allow for the burning of their childhood home in order to rid the town of the curse. While initially skeptical, a string of strange occurrences leads the siblings to believe there may be more truth to the rumors than they ever dreamed possible.

Superhero partners Scott Lang (Paul Rudd) and Hope Van Dyne (Evangeline Lilly) return to continue their adventures as Ant-Man and the Wasp. Together, with Hope’s parents Hank Pym (Michael Douglas) and Janet Van Dyne (Michelle Pfeiffer), and Scott’s daughter Cassie Lang (Kathryn Newton), the family finds themselves exploring the Quantum Realm, interacting with strange new creatures and embarking on an adventure that will push them beyond the limits of what they thought possible. Directed by Peyton Reed and produced by Kevin Feige, p.g.a. and Stephen Broussard, p.g.a., “Ant-Man and The Wasp: Quantumania” also stars Jonathan Majors as Kang. The sci-fi adventure opens in theaters on Feb. 17, 2023.

Inspired by the 1985 true story of a drug runner’s plane crash, missing cocaine, and the black bear that ate it, this wild dark comedy finds an oddball group of cops, criminals, tourists and teens converging in a Georgia forest where a 500- pound apex predator has ingested a staggering amount of cocaine and gone on a coke-fueled rampage for more blow … and blood.

From Nintendo and Illumination comes a new animated film based on the world of Super Mario Bros.

MARVEL STUDIOS DEBUTS “GUARDIANS OF THE GALAXY VOL. 3” TRAILER – In theaters May 5th 2023

At CCXP22 (Comic-Con Experience 2022) in São Paulo, Brazil, Marvel Studios debuted the trailer for “Guardians of the Galaxy Vol. 3.” Kevin Feige, President of Marvel Studios, introduced Zoe Saldana, who plays Gamora in the franchise, before delighting the enthusiastic fans with the trailer debut for the highly anticipated upcoming feature film, releasing in U.S. theaters on May 5, 2023.

In Marvel Studios “Guardians of the Galaxy Vol. 3” our beloved band of misfits are looking a bit different these days. Peter Quill, still reeling from the loss of Gamora, must rally his team around him to defend the universe along with protecting one of their own. A mission that, if not completed successfully, could quite possibly lead to the end of the Guardians as we know them.

Returning to the action and spectacle that have captured moviegoers around the world, Transformers: Rise of the Beasts will take audiences on a ‘90s globetrotting adventure with the Autobots and introduce a whole new breed of Transformer – the Maximals – to the existing battle on earth between Autobots and Decepticons. Directed by Steven Caple Jr. and starring Anthony Ramos and Dominique Fishback, the film arrives in theatres June 9, 2023.

Lionsgate has set the release of MRC’s acclaimed horror-comedy The Blackening for June 16, 2023 – Juneteenth weekend.

The Blackening centers around a group of Black friends who reunite for a Juneteenth weekend getaway only to find themselves trapped in a remote cabin with a twisted killer. Forced to play by his rules, the friends soon realize this ain’t no motherf****** game. Directed by Tim Story (Ride Along, Think Like A Man, Barbershop) and co-written by Tracy Oliver (Girls Trip, Harlem) and Dewayne Perkins (“The Amber Ruffin Show,” “Brooklyn Nine-Nine”), The Blackening skewers genre tropes and poses the sardonic question: if the entire cast of a horror movie is Black, who dies first?

TEASER TRAILER, POSTER AND STILLS AVAILABLE NOW FOR “INDIANA JONES AND THE DIAL OF DESTINY – In Theaters June 30th

The Walt Disney Company released the teaser trailer and poster for Lucasfilm’s “INDIANA JONES AND THE DIAL OF DESTINY,” the highly anticipated fifth installment of the iconic “Indiana Jones” franchise, starring Harrison Ford as the legendary hero archaeologist, and directed by James Mangold (“Ford v Ferrari,” “Logan”). The film will open in theaters on June 30, 2023.