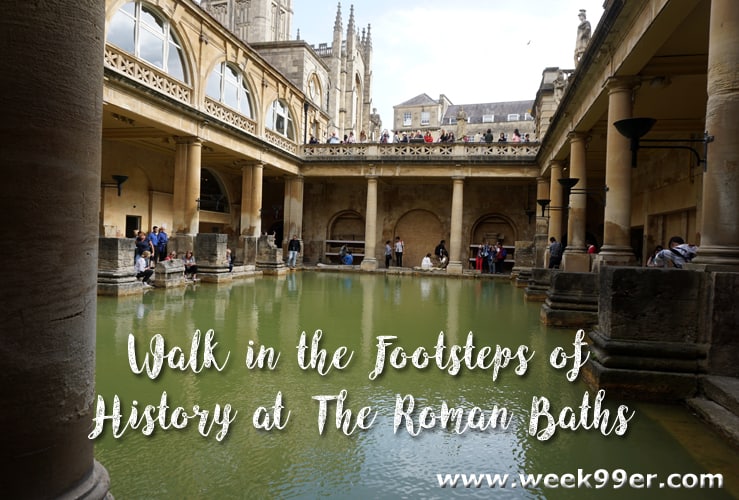 At the heart of the city of Bath is a small sign hanging off a 19th century building that marks the entrance of The Roman Baths. Surrounded by modern shops, bistros and buildings that while hundreds of years old, are still in their infancy compared to what is behind the door. The temple at The Roman Baths date back to around 70 AD with the site itself having a much older history, and all of these centuries later the main bath still stays fully filled from the same water source providing natural thermal waters to the space. 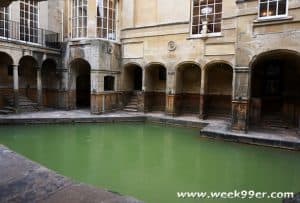 The Roman Baths are one of the most visited tourist destinations throughout all of England, and it’s easy to see why. The outside of the Baths hide the ancient beauty that is inside, and one of the historical sites that we all studied in our history classes even in high school The architectural significance of the building is easy easy to see with a combination of ancient Roman parts, as well as the enclosures dating to the 1800’s and the more modern museum section. The ruins inside the Bath give you a glimpse into what the space was like when it was originally constructed and used for it’s healing properties. 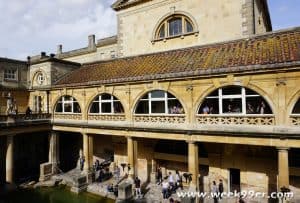 The years have taken its toll on the Roman Baths, and you can see some damage to the original bath area from acid rain (why the enclosure was added later). The original stone walkway is worn from centuries of footsteps going over them, and you can imagine ancient Romans walking where you are standing as you go through the space. It does help too that The Roman Baths actually have actors dressed in period costumes in the space to help engage younger guests. 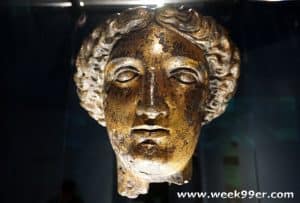 Besides having the main bath area of The Roman Baths, the space does offer you a glimpse into some of the other baths that were created and used. All of the baths in the space are fed from the geothermal water source and temperatures can range from 69-96 degrees without any other heat source. Originally dedicated to the Goddess Minerva, The Roman Baths actually has a portion of a statue in her honor inside the museum portion of the exhibit, and the baths are actually surrounded by several other notable statues. 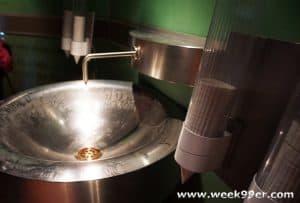 As you tour The Roman Baths, you can sit on the stones and feel the heat rise off the water on a cooler day. Guests can enjoy the provided audio tour and learn more about the space, the history and the healing powers of the water. It’s hard to not get immersed in history when you are at the baths, and at the end of your tour – you can even sample some of the healing waters yourself. Since the water is sourced from the thermal aquifer, it is filled with minerals and is still quite warm.

Touring The Roman Baths was always on my bucket list, since there are very few architectural wonders from it’s time period still in existence. The beauty, history and power of the space can be felt as you simply walk through and it is easy to become enamored with it.

For more information on The Roman Baths and check out more images below: