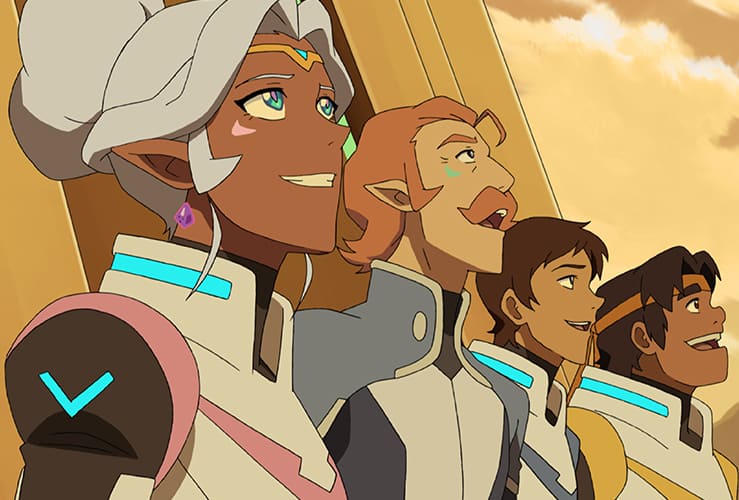 The galactic battle is back – and Voltron is here to protect us all! Season 4 of Voltron: Legendary Defender is back today on Netflix and you can stream the whole season now. If you haven’t caught up on the first 3 seasons, now is the time to do it and spend the whole weekend streaming Voltron. It’s a show your kids and you can watch together, and the Paladins are bringing new adventures to us all. So get ready, tune in and Form Voltron!

Check out a clip from Season 4 below and read more about what they announced at New York Comic Con this week below.

Voltron Season 4: The Space Between Realities 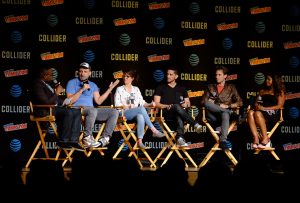 During the panel, a fan asked Kimberly to choose between Shiro and Lance. She refused to answer on behalf of Princess Allura. But as Kimberly Brooks goes she’s Shiro all the way!

Season 4 kicks off with Shiro back at the Castleship and Keith making a choice that causes a rift between him and Team Voltron. As Allura and team focus on building the Voltron Coalition, Prince Lotor’s plans start to take shape.

Giving an exclusive look inside the upcoming season, executive producer Joaquim Dos Santos, co-executive producer Lauren Montgomery, Josh Keaton (voice of Shiro), A.J. Locascio (voice of Prince Lotor), Kimberly Brooks (voice of Allura) and panel moderator EW’s Chancellor Agard discussed several teasers shown to the jam-packed audience.  Among the clips screened for fans, the cast and crew offered a sneak peek into what Prince Lotor has in store for the paladins this season.

The new clip finds Lotor and his generals flying towards a secret inter-reality gate located on the ruins of Planet Daibazaal. By entering the gate, Lotor hopes to pierce the rift between realities and gather enough Quintessence to satisfy, not only the entire Galra Empire, but his own desires for galactic conquest as well.

Additional clips screened look into the tension between Keith and Shiro struggling to determine who should lead Team Voltron, Pidge furthering her quest to find her family, and Allura and Coran in a serious mixup while trying to satisfy their newly discovered love of milkshakes.

The SpongeBob Movie: Sponge On the Run Brings Back Fan Favorites in a Fun 3D Movie

You can Bring Home the Complete Twelfth Season of SpongeBob Now!

Pixar Soul is is Coming Home – Check Out the New Trailer Here!

Super Heroes Come in All Sizes in Flora & Ulysses