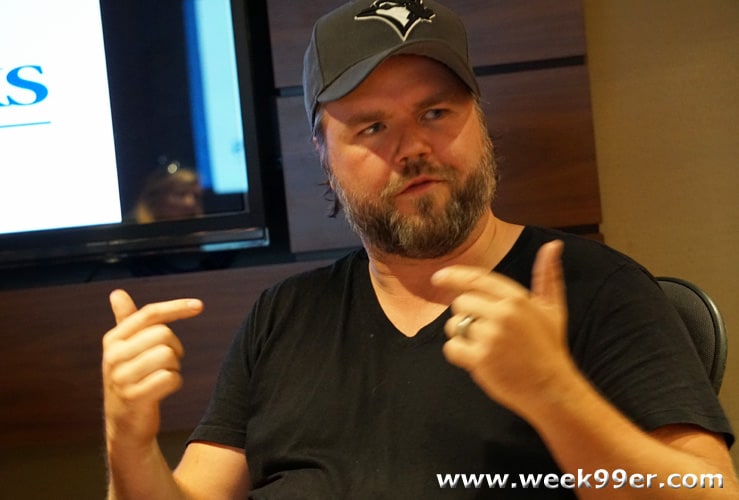 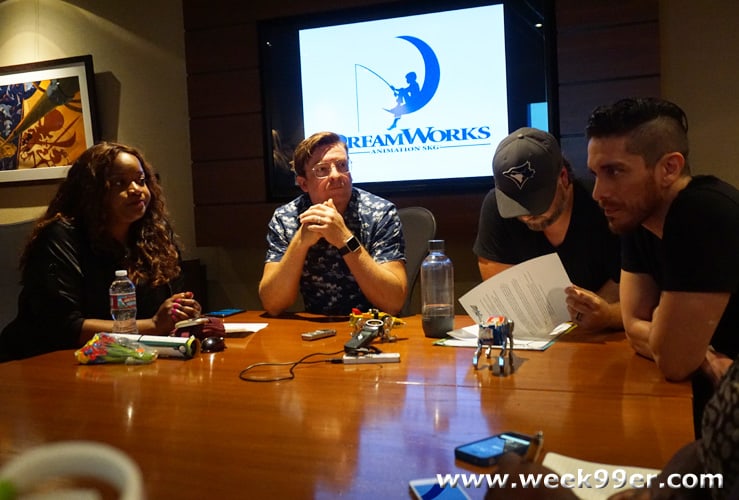 It’s here everyone, DreamWorks Voltron Legendary Defender is now streaming on Netflix. Our favorite Lions are back for new adventures and to help protect the universe from evil. While everyone is going to enjoy watching the new show, what most people don’t know is the from the writing team, producers and even the voice cast grew up as fans of the original 80’s Voltron and this helps give the new show a genuine feeling for fans.

While I was at DreamWorks last month, we were able to sit down with part of the voice cast of Voltron Legendary Defender. Kimberly Brooks (Princess Allura), Rhys Darby (Coran), Josh Keaton (Shiro/Black Lion) and Tyler Labine (Hunk/Yellow Lion) sat down with us to answer our questions about the new show and their parts in it. The cast was not only down to earth, but hilarious and true fans of the series. 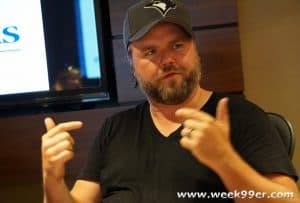 What drew you to the project?

Josh: It’s Voltron!  With voice over, we pretty much get these auditions that come in and a lot of the time you don’t know what it is. It’s always really cool to see something come in from our childhood, so this came in pretty much like any other auditions. As soon as I saw it, I was like “Oh my gosh it’s Voltron, I’ve got to try to do this part.” I was a huge fan of the show growing up. I never had the entire set growing up of Voltron, I only had one lion – and it was the Black Lion.

Tyler: And it was written…

What is your fondest Voltron moment:

Tyler: Well I was talking a lot about this earlier, the nostalgia factor is basically it. The cartoon is a thing certainly, the toys, the five lions working together, the idea of team work. I remember that resonating with me and becoming the game. It didn’t have much to do with the cartoon, it was more we were Voltron. So my favorite memory is me and my friend forming Voltron, your imagination is a powerful thing when you’re a kid. I literally thought we were transforming into a robot, so that is my favorite memory.

Josh: Mine is actually with the three series of Voltron. There was the one that never came out here, the gladiator. For my birthday, my dad got me the Gladiator set that never was sold here or shown here. My favorite memory was making my friends jealous I had them. Actually, I had to first convince them that it was actually Voltron. They said “That’s not Voltron, Voltron is cars and lions” I had to explain that this was the one that didn’t aire here.

Tyler: You couldn’t do that with Go-bots. They didn’t turn into Transformers.

Kimberly: My memory would be pretending with friends and using our imaginations. So mine would be the simpler times of Voltron and shows like it.

Rhys: I don’t remember my childhood – I’m older. I do recall seeing this thing once, I had this image in my head really of these cool guys and these great helmets in the sky, it was kind of the anime style. It looked different than anything else on television. I thought to myself “Wow, what is this?” Years later when I got the audition I saw the cartoons and it was like it was beckoning to me. It’s just a flash or a vision for me.

Tyler: Can I have one more fondest memory? Coming in to audition for Voltron, it was one of my fondest memories. They had a mock up of Hunk up on the wall, I got to see what he looked like. I got to see what this new Hunk looked like, which funnily enough was one of the only names I remember. And seeing the work that was being put into the new incantation of Voltron. 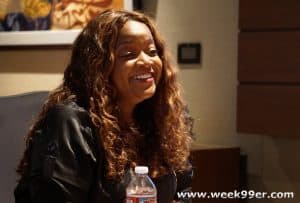 So when you were cast for this did you go back to the 80’s series or did you just let the script speak to you and that’s how you form your character?

Tyler: I went back, mostly out of curiosity. I always feel bad saying it, it’s not that good – it’s pretty bad actually. But I didn’t remember it that way. I remember it as the best cartoon ever. Something resonated with me as a kid. So I went back and I watched about three episodes, and I was like “Yeah I’m going to give this a fresh look”. The new show rings true to the original visually, but they’ve created a whole new universe.

Rhys: Some would say you can’t go back, and I think that’s proven with some of the things from when you’re a child. It’s different, you have a different mind and you’re a different person. That’s why I think this Voltron is so good, they haven’t gone back, they’re in the future but the memory is still there, and that’s what makes it so good. I went and had a look of the original stuff to have a feel of the world. What I liked about it, it was another world. It’s epic, it’s a huge world.

Tyler: They’ve really taken advantage of that huge scale, there are no rules. We’re literally playing with no rules.

Rhys: Plus it has the human aspect with human misfits put into these situations and different worlds. And you can relate to these personalities.

Josh: I think they’ve done such a good job keeping it as close the original, the core motivations of the characters are still very consistent with the original. And they’re written that way as well. It’s really easy to read Lance’s lines as Lance or Shiro’s as Shiro, they’re written for them. I feel like it only improves with every episode. They get to know us and our personality. I did go back and watch some Voltron, but really I didn’t have to. The writing is done well enough you don’t need to go back.

All of the guys have very specific characteristics – kids and adults can choose their favorite character to latch onto. Do you have a specific lion or color you relate to most?

Josh: I think I’m very well cast as the Black lion. I’m very calm. I don’t always take the initiative, but when I have to I do, and it works out. Especially when it comes to problems, it takes a lot to get a rise out of me.

Tyler: Yah, I try to ruffle his feathers all the time – he’s very even keel. It’s very obviously good casting. I don’t think i would have been asked to come in to read for anyone else, I certainly don’t vomit as much as him – but I could. Also, Hunk he steps up when has to and sometimes doesn’t trust himself. I sort of always have known that about myself, when the chips are down I will come through – but it takes a lot. It’s like in Sex and the City, you can say “Oh I’m a Carrie”. It’s the design to the show, all of the characters have traits that everyone embodies in one way or form, and one emerges as your loudest voice. Everyone can relate to one element of the five lions. As a kid, I always related to Hunk.

You can watch Voltron Legendary Defender Season 1 on Netflix!