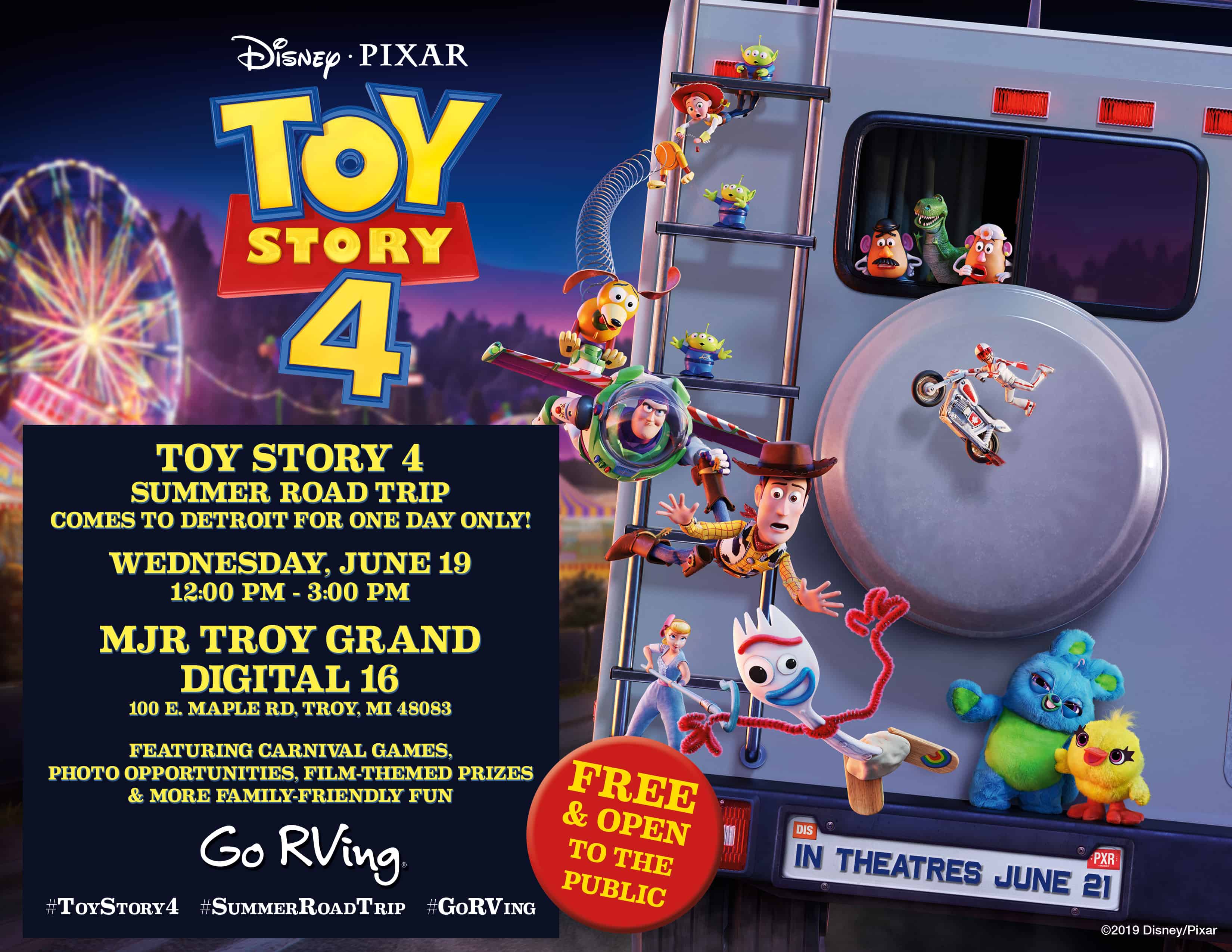 Are you ready for a little fun this summer? Next week Disney and Pixar are delivering to the MJR in Troy for your kids, and family to experience! A “Toy Story 4”-themed RV rolls into Detroit, featuring photo opportunities for fans, film-themed prizes, carnival games and lots of family-friendly fun.

Local “Toy Story” fans are invited to take part in the activities. Two film ambassadors will be on hand to share details about fan-favorite characters—Woody, Buzz, Bo Peep—as well as new characters coming to the big screen—Forky, Bunny, Ducky and Duke Caboom, among others—learn more about this all-new adventure.

GO RVING is providing the RV for the “Toy Story 4” Summer Road Trip.  They’re teaming up with Disney and Pixar in celebration of the movie with an integrated marketing campaign to inspire RV travel that takes family and friends on unforgettable adventures – just like Bonnie’s family and the “Toy Story 4” friends. RV road trip adventures are as much about forming unbreakable bonds as the travel itself. Now in its 22nd year, Go RVing challenges Americans to ‘find their away’ and pursue their passions more frequently when they travel by RV. Formed by the RV manufacturers, dealers and campgrounds to educate consumers about the benefits of RV travel and camping, Go RVing shares its messages of self-exploration through travel to today’s hurried families and adventure-seekers. Road warriors can get their own RV adventure started by visiting GoRVing.com.