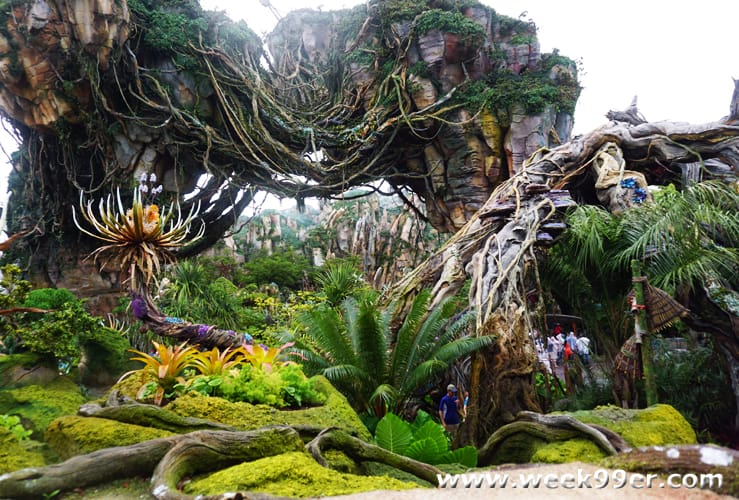 Disney is always great at making rides and worlds just for their fans. But the biggest undertaking so far has to be The World of Avatar, which not only takes fans directly into the movie but onto another plant. From the moment you walk into the Valley of Mo’ara, the mood and atmosphere changes. The sounds, the feeling of the air (a light misting from the plant life) and the landscaping completely different from any of the other parts of Animal Kingdom. 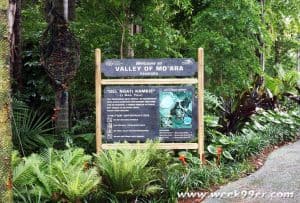 The World of Avatar is one of the most popular new locations at Animal Kingdom right now, and Disney gave me passes to check it out. It’s been a while since I’ve seen Avatar and the sequel isn’t slated until 2020, but it felt like walking into the movie as soon as we crossed the bridge into Mo’ara. Disney Imagineering took into account every part of the park from the concrete and ground surface being different colors, the plant life and even the rockscapes. The landscaping in and around The World of Avatar intrigued me, it was a mix of large tropical plants with ones that were create to resemble alien ones from the movie. The tropical environment allows the real vegetation to grow large and continue to add to the almost alien feel of the place. 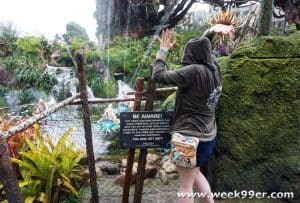 Throughout Pandora, guests can take a few minutes to stop and interact with the plant life and even some of the creatures that are around the park. Beware of the ones that will spit water at you if they catch you moving. We actually did this and it took a bit of arm waving to get a reaction but when they did react it was quite entertaining for everyone around us! 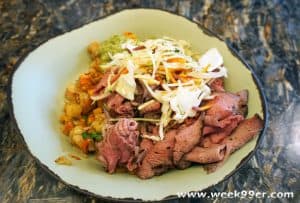 The World of Avatar doesn’t just recreate the forest from the movie, but also brings you into the military dining hall at Satu’li Canteen. With a stark contrast to the bright and natural landscaping outside, the canteen has metal coated tables and very futuristic feeling ordering area. We found that not only did they have delicious bowls that you can choose your topping on, but a lot of gluten free options as well. Throughout our time at Walt Disney World, Satu’li Canteen probably provided the most food and at the most affordable price. If you’re not gluten free, be sure to check out their boa burgers and other alien inspired meals.

See more pictures from The World of Avatar: