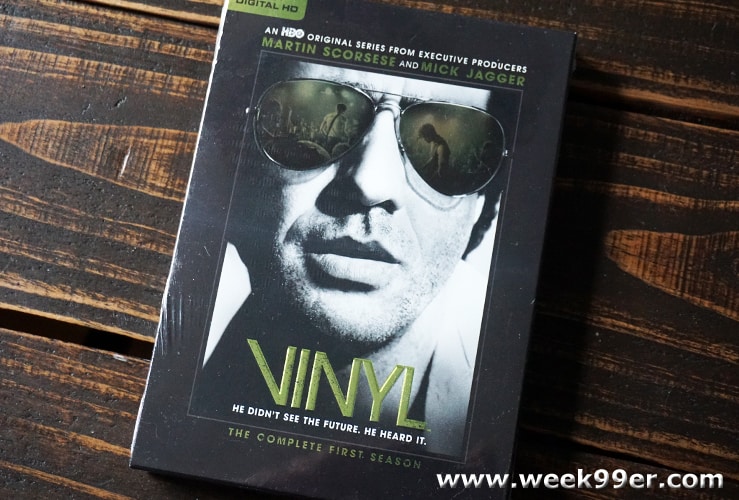 Step back to the 70’s where music and drugs reigned in the HBO series Vinyl. The girtty show produced by Martin Scorsese and Mick Jagger takes you back to the music scene of the 1970’s and now you can own the first season on blu-ray, DVD and HD Digital. Released earlier this summer, we were sent a copy to review and get a peek back in time.

Vinyl follows Richie Finestra (Bobby Cannavale) a record executive in New York City who is trying to revive his career and bank in on the music scene around him. The show gives a gritty look at what the music scene was like in the 70’s and how diverse it was with punk, disco, hip hop and even rock. There’s a lot happening around him, and Richie has to figure out how to get his business back on track and keep his life in order. The show is entertaining and one that will capitvate the audience.

Vinyl: The Complete First Season is now available online and everywhere. The first season collection includes 4 discs with all 10 episodes and has a total run time of 660 minutes. Due to the nature of the material, Vinyl is rated TV-MA.