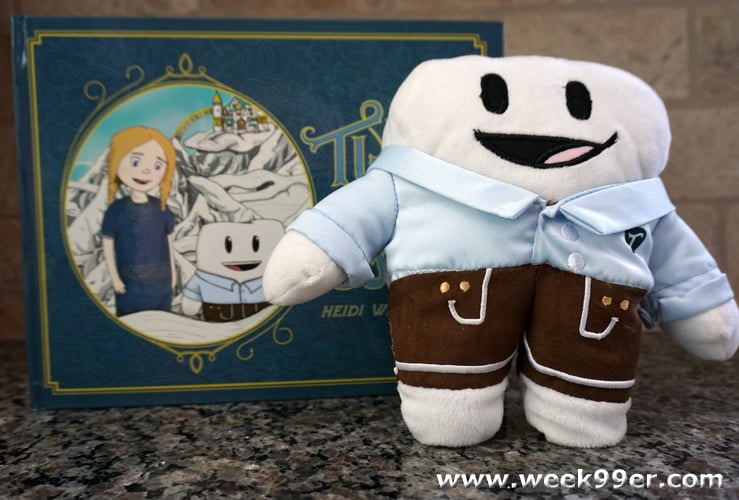 Think back to when you were little, do you remember the excitement and fear when you were about to lose your first tooth? Would it hurt? What was the Tooth Fairy going to bring you? I know I do, and the pillow that had a special pocket in it for my tooth. I also remember my Grandfather offering to tie a string to my tooth and the other end to a door knob to get out my first wiggly tooth. Losing your first tooth can be scary and magical, and that’s why Tug and the Tooth was created! Tug is there to help your child through their first tooth loss, and every other one – plus take care of their tooth until the Tooth Fairy makes her way to collect their tooth. 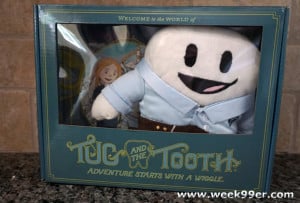 Since Goonie turned six this spring, we know he’s getting close to losing his first tooth. And the soft heart pillow we had covered in lace, probably wont work for a little guy. So we were more than happy to review a copy of Tug and the Tooth so he’d have his very own Tug to help him out! Each copy of Tug and the Tooth comes in a box that not only contains your very own Tug as well as a hard covered book of his story! The box set is perfect for a gift for any little one who is at that age where they are going to start losing their teeth. 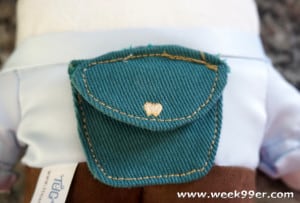 Tug is a soft and hug-able tooth that is there to be your child’s friend. On his back is a backpack that you can place their tooth where it will be safe until the Tooth Fairy comes to pick it up! The Tug and the Tooth book tells you the story of Tug and Liza, who is about to lose her first tooth. Tug helps guide Liza through adventures and what it’s like losing her first tooth. 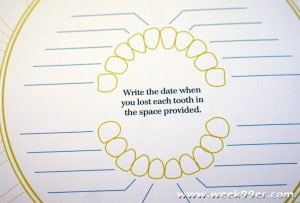 Besides an genuinely sweet story, Tug and the Tooth was an instant win in our family. Not only does Tug help prepare your kids for what it’s like to lose their teeth, the book says it is exchanged for a reward. It doesn’t specify a dollar amount, a toy or a quarter – like some kids expect. This allows parents to decide what is right for their family. Also, inside the book is a chart where you can label when your kid lost all of their teeth – this makes it a great memento, almost like a baby book for your kids! The only thing that would make it better for me is if it had multiple pages of the charts so multiple kids in the same family can share the same tug, and it can be passed down through generations. But overall, the book and stuffed Tug are adorable and we look forward to Goonie’s first wiggly tooth!

You can find Tug and the Tooth on their website only! So get your own Tug to start your own family traditions!