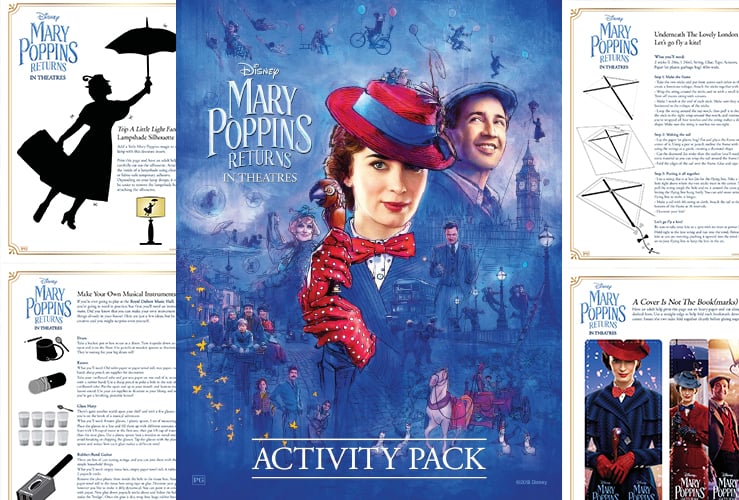 It’s the family movie for the holiday season – Mary Poppins Returns is now in theaters and one that will be just as magical for your kids as it is for you. We fell in love with Mary Poppins Returns when we saw it last week, and it’s one that you’re going to love when you head into the theaters with your family.

To celebrate this family friendly movie we have a great Mary Poppins Returns – Activity Pack filled with coloring sheets you can download. If you don’t want to download all of the activities or looking for one in specific we have them all below as well. Just click the link and download the ones you want to print out and do with your kids! From coloring sheets, book marks, DIY projects and more – add a little magic to your holiday break with these fun printable activity sheets!

“Can You Imagine That?” clip: