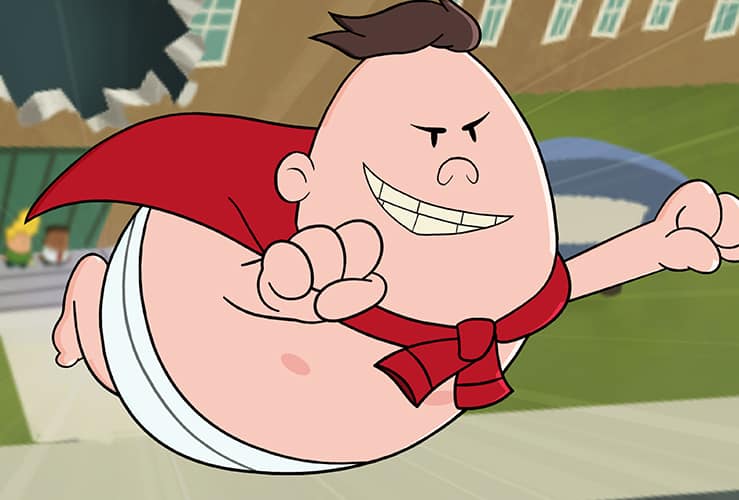 Kids have loved the Captain Underpants book series since they came out. Who wouldn’t love a show about kids turning their principle into a super hero that only goes out in his underwear? From Super Diaper Baby to their biggest foes – the books are full of laughs and fun times for kids. The book series is finally getting its moment as a series from DreamWorks and the series will debut on Netflix on July 13th. Find out more about the show below!

About The Epic Tales of Captain Udnerpants:

Sean Astin (Lord of the Rings, “Stranger Things”) as The Narrator

Tress MacNeille (“The Simpsons”, “VeggieTales in the House”) as Ms. Hurd