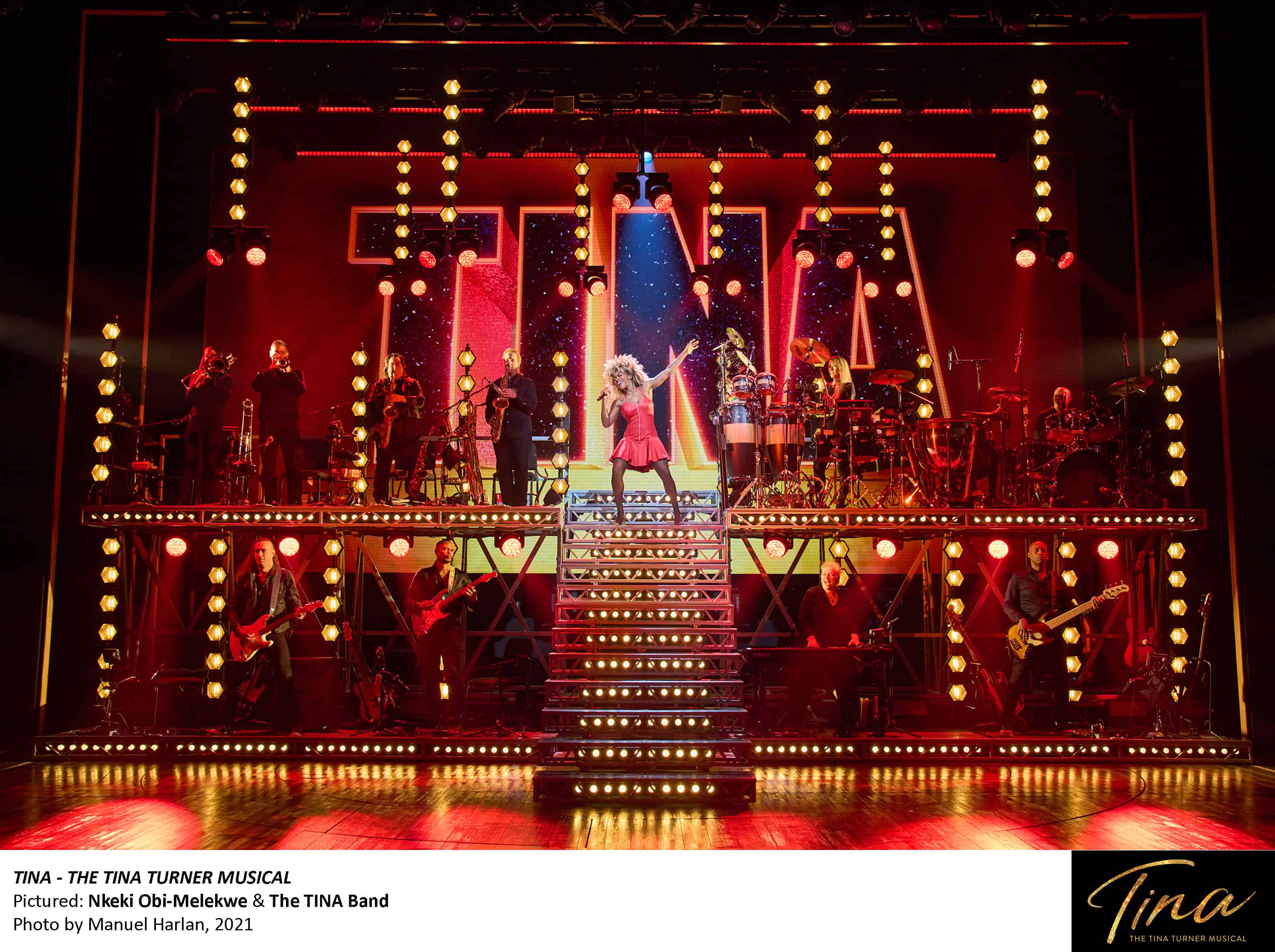 Broadway In Detroit is delighted to announce that tickets for TINA – THE TINA TURNER MUSICAL will go on sale Friday, September 30 at 10:00 a.m. for 16 performances from December 6 – 18. Tickets will be available online at Ticketmaster.com, BroadwayinDetroit.com, charge by phone (800) 982-2787, and in person at the Fisher Theatre Box Office. “It has been years since I toured the US and I am very excited that my own musical can now bring my music and story to my fans in their home cities across America. It’s a homecoming and that is very special to me,” said Tina Turner. The producers, Tali Pelman from Stage Entertainment and Jimmy Nederlander, said: “We are delighted to begin this next chapter for TINA – THE TINA TURNER MUSICAL. The North American tour will see the show enjoy its sixth production around the world since opening in the West End in 2018, which is testimony to Tina’s extraordinary legacy. This tour clearly has special resonance for Tina herself, and now more than ever we can’t wait to uplift audiences across America with her joyful and triumphant story.”

An uplifting comeback story like no other, TINA – The Tina Turner Musical is the inspiring journey of a woman who broke barriers and became the Queen of Rock n’ Roll.

One of the world’s best-selling artists of all time, Tina Turner has won 12 Grammy Awards and her live shows have been seen by millions, with more concert tickets sold than any other solo performer in music history.

This new musical based on the life of legendary artist Tina Turner and presented in association with Tina Turner herself, received its world premiere in April 2018 in London, where it opened to five-star reviews and has broken box office records at the Aldwych Theatre. In March 2019, the German production opened at Stage Operettenhaus in Hamburg, and the Dutch production opened at the Beatrix Theater, Utrecht, in February 2020. A third European production opened in Fall 2021 at the Teatro Coliseum in Madrid, Spain.

TINA – THE TINA TURNER MUSICAL originally opened on Broadway on November 7, 2019, was nominated for 12 Tony Awards including Best Musical. The production reopened at Broadway’s Lunt-Fontanne Theatre on October 8, 2021, following the18-month industry wide shut down due to the COVID 19 pandemic. Produced by Stage Entertainment and Ghostlight Records and featuring the original London cast, Tina – The Tina Turner Musical: Original Cast Recording is available worldwide on CD, both online and in stores. The CD features a 20-page booklet, which includes liner notes, synopsis, and production and studio photography. The album was recorded in February 2019 at Angel Studios and RAK Studios, produced by the show’s Music Supervisor Nicholas Skilbeck and Kurt Deutsch, and co-produced by Tom Kelly. To download or stream the album, or order the CD, please visit http://www.ghostlightrecords.lnk.to/riverdeep-tinaturnermusical.

Tina Turner is a 2021 Rock & Roll Hall of Fame nominee. She was inducted into the Rock & Roll Hall of Fame in 1991 as a duo alongside Ike Turner but has never been inducted in recognition of her solo work.
The Emmy-nominated feature documentary TINA is now available to stream on HBO Max. A revealing and intimate look at the life and career of musical icon Tina Turner, TINA charts her improbable rise to early fame, her personal and professional struggles throughout her life and her even more improbable resurgence as a global phenomenon in the 1980s. The feature documentary is from Academy Award-winning directors Dan Lindsay, T.J. Martin and Lightbox, the production company founded by Academy Award-winning producer Simon Chinn and Emmy-winning producer Jonathan Chinn, together with Emmy-nominated producer Diane Becker.

Recommended for ages 12+; This production contains some adult themes, including scenes of domestic violence and drug use. Children under the age of five will not be permitted in the theatre.
Follow @TinaBroadway on Twitter, Instagram, and Facebook

TICKET INFORMATIONIndividual tickets for TINA – THE TINA TURNER MUSICAL will go on sale Friday, September 30 and range in price from $35 – $140 (includes facility fee) with a select number of premium tickets available. Individual tickets will be available for purchase online at ticketmaster.com, by phone at 800-982-2787, and in person at the Fisher Theatre Box Office. For group sales (10 or more) please email broadwayindetroitgroups@theambassadors.com or call 313-871-1132.

Tickets for the Open Captioned performance be purchased in person at the Fisher Theatre Box Office or by phone at 313-872-1000, ext. 0. TINA – THE TINA TURNER MUSICAL is the fifth show in Broadway In Detroit’s 60th Anniversary Subscription Season which also includes Beetlejuice and Jagged Little Pill. Performance schedule, prices and cast are subject to change without notice. Broadway In Detroit uses Ticketmaster as its sole, authorized ticketing agent. Individual tickets purchased from a ticket broker or “third party” ticket reseller involves risk and may not be authentic, sold at box office prices, or with correct performance and venue information. Broadway In Detroit box offices cannot verify tickets sold through a third party or ticket reseller. Broadway In Detroit is also unable to contact third party purchasers with pertinent updates or changes regarding performances.

All ticket purchasers will receive a Broadway in Detroit Health & Safety Guide via email in the days prior to their performance. This guide will also be posted on the company’s website (BroadwayInDetroit.com) and available at the Fisher Theatre box office. It will have the latest information on the company’s health and safety protocols as well as information on what to expect when you arrive at the theatre.
For more information on Broadway in Detroit, subscriptions, group sales and more, please visit www.BroadwayinDetroit.com