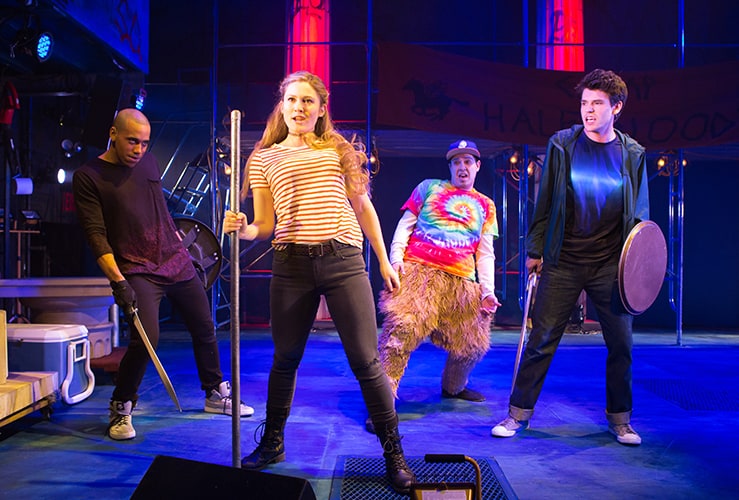 From a best selling books, to movies the whole family loves Percy Jackson brings mythology to life in these great stories. And now they’re coming to the stage in The Lightning Thief: The Percy Jackson Musical! Tickets are on sale now, and you can find out more about the show your whole family is going to love below!

Broadway In Detroit is thrilled to announce that THE LIGHTNING THIEF: THE PERCY JACKSON MUSICAL, an “electrifying” (Newsday)  musical adaption of the New York Times best-selling novel written by Rick Riordan, will play Detroit’s Fisher Theatre, 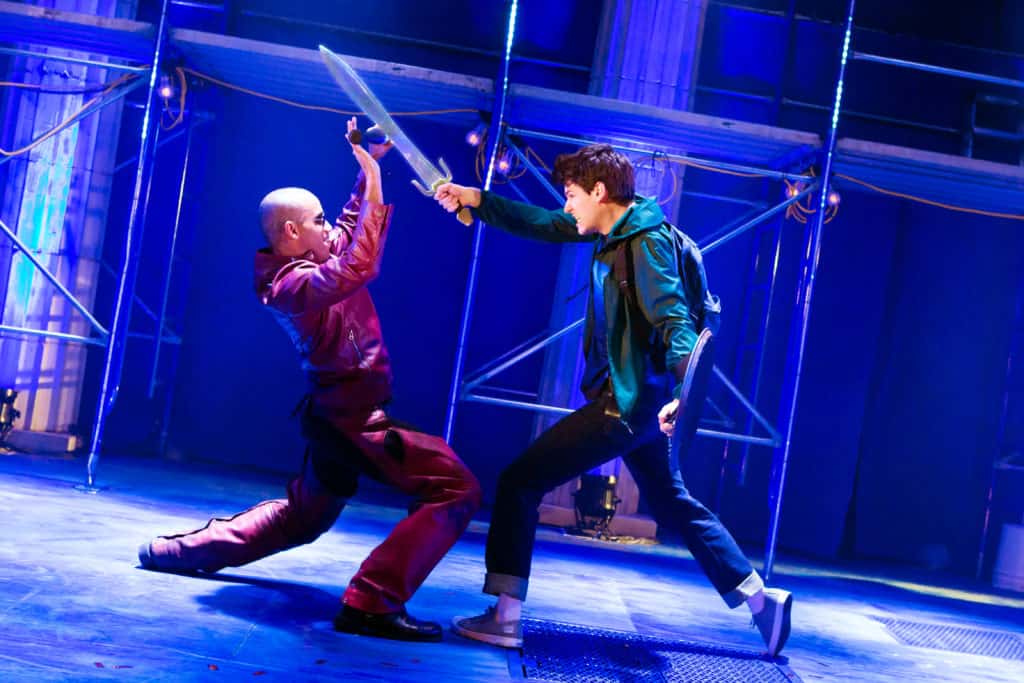 Tickets start at $49 and are now on sale. Tickets can be purchased online at www.broadwayindetroit.com or www.ticketmaster.com, and by phone at 800-982-2787.

With more than 100 million copies of the book series sold worldwide, this global phenomenon has found a new home on the live stage in a “mesmerizing” theatrical event that proves “lightning can strike twice!” (TheaterMania). Following a sold out run in New York City, where it garnered 3 Drama Desk Award nominations, including Best Musical, this “winning adaptation” (The Hollywood Reporter) is coming to rock Detroit.

As a son of Poseidon, Percy Jackson has newly discovered powers he can’t control, monsters on his trail, and is on a quest to find Zeus’ lightning bolt to prevent a war between the Greek gods. Based on the best-selling novel by Rick Riordan and featuring a thrilling original rock score, THE LIGHTNING THIEF: THE PERCY JACKSON MUSICAL is an action-packed theatrical adventure that has been celebrated by audiences and critics alike.

THE LIGHTNING THIEF: THE PERCY JACKSON MUSICAL has a Drama Desk nominated book by Joe Tracz, music and lyrics by Rob Rokicki, and is directed by Stephen Brackett, with choreography by Patrick McCollum, with set design by Lee Savage, costume design by Sydney Maresca, lighting design by David Lander, Obie award winning sound design by Ryan Rumery, fight direction by Rod Kinter and orchestrations by Wiley DeWeese and Rob Rokicki. The production is being presented by special arrangement with Rick Riordan and the Gallt & Zacker Literary Agency.

More information about THE LIGHTNING THIEF: THE PERCY JACKSON MUSICAL is available at http://www.lightningthiefmusical.com/

Performance times for THE LIGHTNING THIEF: THE PERCY JACKSON MUSICAL appearing February 26 – March 9, 2019 at the Fisher Theatre, located at 3011 West Grand Blvd., in Detroit are:

Tickets for THE LIGHTNING THIEF: THE PERCY JACKSON MUSICAL start at $49 (includes facility and parking fees) and are now on sale. Tickets can be purchased online at www.broadwayindetroit.com or www.ticketmaster.com, and by phone at 800-982-2787. A limited number of premium seats will be available through Ticketmaster and at the Fisher Theatre box office. For group sales (12 or more) please call 313-871-1132 or email [email protected]. Tickets for the open captioned performance may be purchased in person at The Fisher Theatre box office or by phone at 313-872-1000, ext. 0. Performance schedule, prices and cast are subject to change without notice.