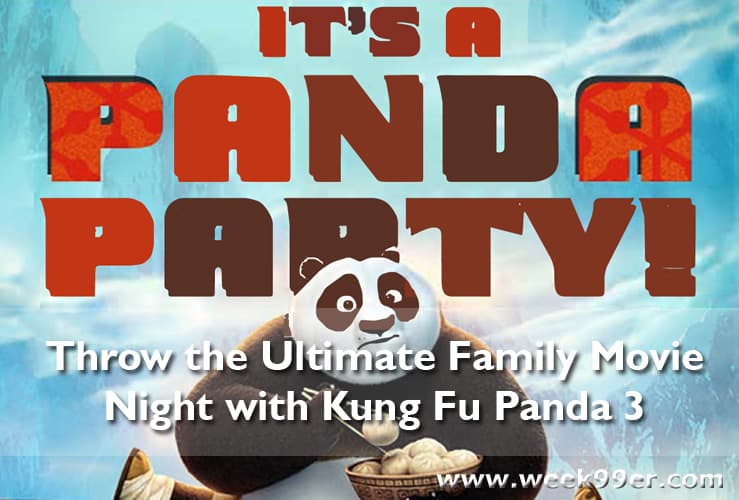 A couple weeks ago, Fox released one of my favorite movies of the year (so far) on DVD – Kung Fu Panda 3. We’re huge fans of of the series, and couldn’t wait to get our hands on a copy. The third movie in the Kung Fu Panda story line takes Po on an adventure to find out who he is as a panda as well battle some of the biggest bad guys he has seen yet. The movie has stunning graphics, some of our favorite characters and some hilarious moments. We loved the movie so much we even made our own panda cupcakes, but Fox Home Entertainment took it a bit further with a full party kit!

DreamWorks Animation’s KUNG FU PANDA 3 is not only one of the best reviewed films of the year, but also one of the top five grossing films of 2016 worldwide. Everyone’s favorite wise-cracking, dumpling-snacking hero is back in “the best Kung Fu Panda yet,” proclaims Pete Hammond of Deadline.com. A hit with audiences and critics alike, the film received an outstanding audience reaction with a coveted “A” CinemaScore® and Certified Fresh on RottenTomatoes.com. KUNG FU PANDA 3 AWESOME EDITION is now available on Blu-ray, DVD and Digital HD.

After reuniting with his long-lost father, Po travels to a secret village and meets tons of hilarious new panda friends and family members. But when the supernatural villain Kai challenges all the Kung Fu masters across China, Po must discover the teacher within himself and train his clumsy brethren to become the ultimate band of Kung Fu Pandas!