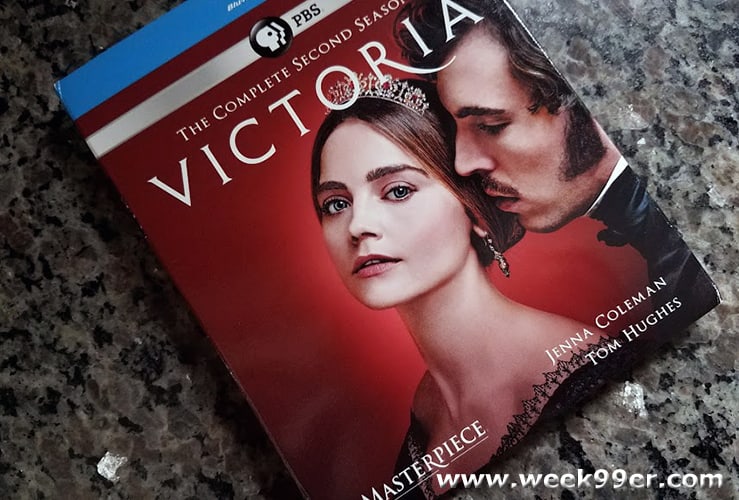 This is one of the best series from the Public Broadcasting Service.  Jenna Coleman reprises her role as the Queen in one of the most influential periods in British history.  We get to see the public and private goings on during the 1840’s.  Several crises arise to challenge the monarchy’s resolve and make for some interesting story telling.  Here in the United States, this may be part of our history, but it is rarely taught.  I am sure the production took some poetic license with the story lines, but everything appears to be in step with history.
The history of the queens and kings of England have always fascinated us and Victoria captivates us with the story of one of the strongest monarchs in recent history. The Blu-Ray does not disappoint.  Along with being able to binge watch the entire season two, there are extras covering the research into the Queen for the character, the costuming, and several other areas.  Keep an eye out for season three and four.
You can get Victoria Season 2 on Blu-Ray and DVD today.

Acclaimed drama Victoria returns for a second season starring Jenna Coleman (Doctor Who) as Queen Victoria, a nineteenth-century heroine for our times. This landmark account of the life of one of history‘s greatest monarchs continues as the Queen faces the very modern challenge of balancing a growing family with her marriage to Prince Albert (Tom Hughes, The Game) and her work – all while being the ruler of the most powerful nation on earth. As Victoria’s reign continues into the 1840s, her Kingdom is witness to extraordinary events – constitutional crises and scandals at court, the rise of the Chartist movement, the devastating Irish Potato Famine, and Europe swept by revolution. As the saga unfolds over vital moments in history, the Queen and Prince Albert must meet each public challenge while confronting profound personal changes.