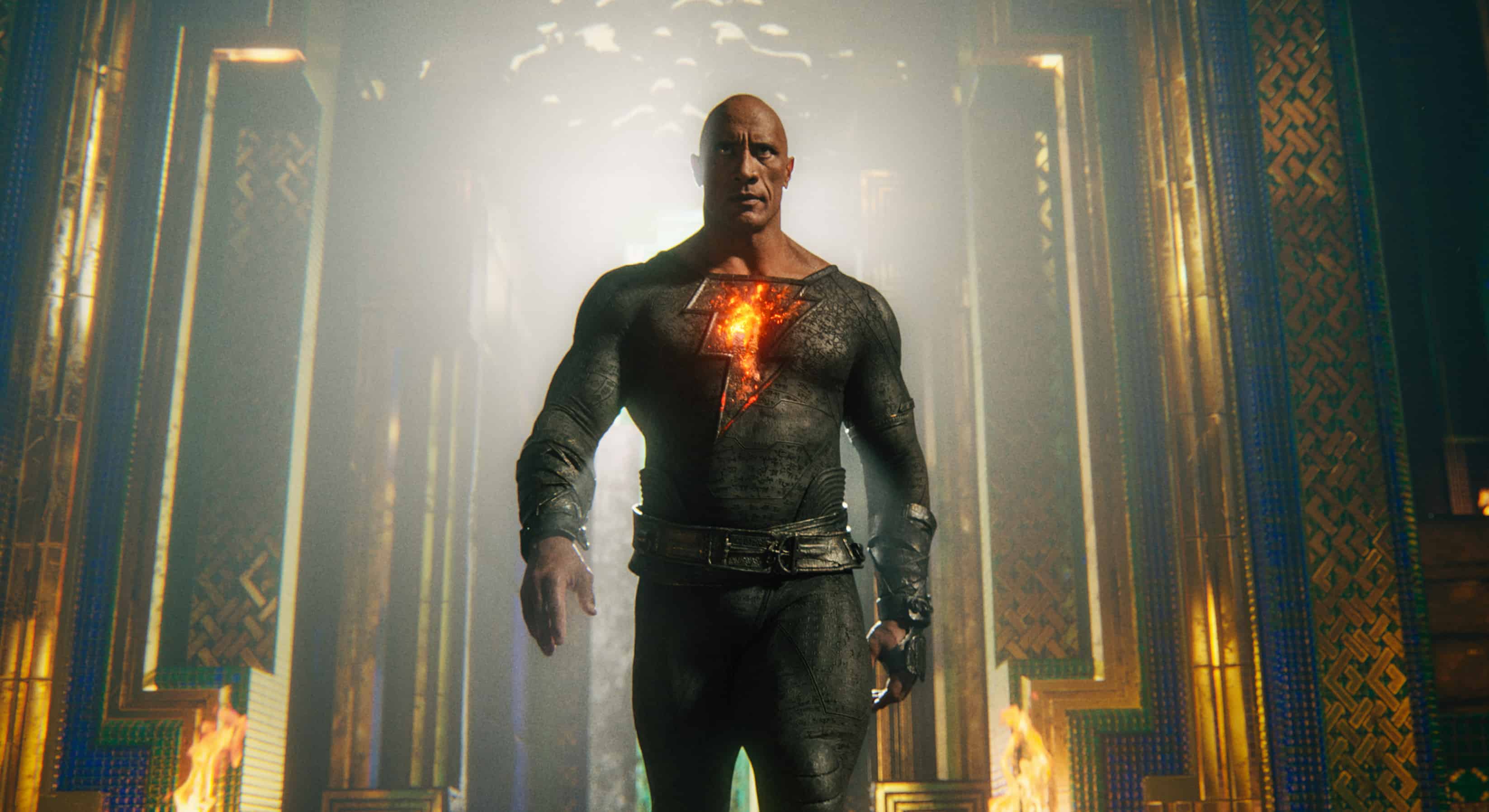 One of the biggest trends in all of the DC superhero movies is that they are desperately trying to catch up with Marvel and create their own box-office-topping franchise. But, instead of focusing on their own characters and their own style, the movies often leave viewers wanting. Their comic book characters have had noted similarities between both Marvel and DC, and have had for decades, but Black Adam seems to highlight just how absurdly close some of the characters are. The movie seems to highlight DC’s need to push similar characters that are so similar to the Marvel ones that are hugely popular.

Black Adam is the origin story of Teth Adam/Black Adam, who is played by Dwayne Johnson, a 5000-year-old anti-hero who has the powers of Shazam. Called back to protect the city of Kahndaq, he has his own way to dole out justice and try to exact revenge after centuries of being in his tomb. The story has potential, however, under delivers. We know that Johnson can act, we’ve seen it again and again in the past. But as Black Adam, he’s very one note – there’s no emotion, no trying, and really… no point. Yes, his very impressive muscular body fills out the suit well, but even that looks like it’s been added on with CGI. His bulging trapezius muscles rise about the back of the shirt, but weird angles being filmed make him look like a Sontaran from the Doctor Who universe than the incredible bodybuilder we know. This character, unfortunately, will probably go down as one of Johnson’s worst roles akin to Scorpion King, both for the bad acting and CGI that dominates the film.

The character of Black Adam, isn’t the only shortcoming of the movie. Besides a slew of characters that are so closely related to popular Marvel ones including Hawkman (Falcon), Atom Smasher (Ant-Man), Cyclone (Wind Dancer), Dr. Fate (Charles Xavier/Doctor Strange), the movie also piles on the Justice Society – which made us scratch our head. Isn’t Justice League part of the DC universe? Now we have a society too? And one that instantly comes in and decides to control a situation in an area and culture to which they don’t belong. The movie does address them overstepping the line there, but not to the degree that it really should. None of the characters are given the opportunity to actually develop their personalities or really become likable in the film, and it will leave the audience scratching their head trying to figure out why they chose this group of characters other than another really big attempt to be like Marvel. Add in a movie that consists of over 70% CGI, battle scenes that go on too long, and a body count that is staggering – the only thing that could make it worse was poorly animated walking skeletons that have to battle a crowd.

It seems Black Adam is going to join the list of movies that are disappointing compared to their bigger successes over the years. It, of course, is all up to opinion when it comes to fan favorites. Black Adam comes in at just over two hours, but honestly, the movie feels so much longer than that. It ends up with a story that is a mess of multiple storylines trying to come in as one, over and under acting, and a movie that rests so heavily on CGI that it’s almost leaning into being a cartoon. It’s definitely not one of DC’s stronger movies, which seems to be their current trend. But if you need to see the movie, it is in theaters this weekend.

Nearly 5,000 years after he was bestowed with the almighty powers of the ancient gods—and imprisoned just as quickly—Black Adam (Dwayne Johnson) is freed from his earthly tomb, ready to unleash his unique form of justice on the modern world. Johnson stars alongside Aldis Hodge (“City on a Hill,” “One Night in Miami”) as Hawkman, Noah Centineo (“To All the Boys I’ve Loved Before”) as Atom Smasher, Sarah Shahi (“Sex/Life,” “Rush Hour 3”) as Adrianna, Marwan Kenzari (“Murder on the Orient Express,” “The Mummy”) as Ishmael, Quintessa Swindell (“Voyagers,” “Trinkets”) as Cyclone, Bodhi Sabongui (“A Million Little Things”) as Amon, and Pierce Brosnan (the “Mamma Mia!” and James Bond franchises) as Dr. Fate.
Directed by Jaume Collet-Serra