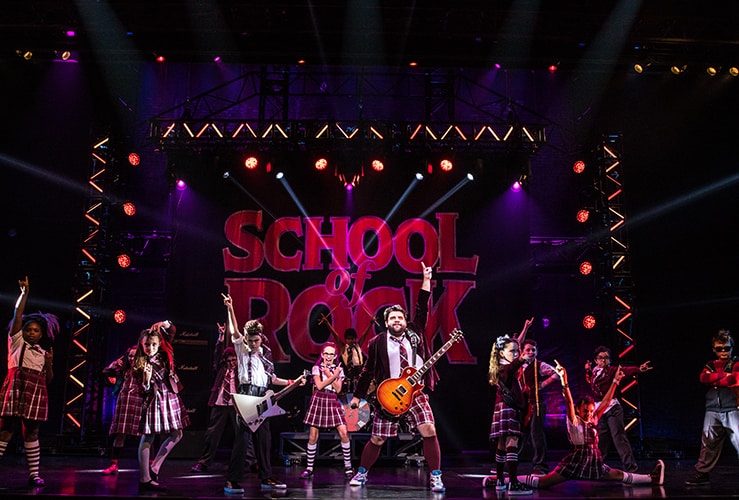 Get ready for a rocking night at the theater when School of Rock – The Musical makes it’s what to Detroit Fisher Theater in April. The show about an unorthodox teacher who takes his love of music to the class to push his students to a new level is going to rock the city. The show has a limited showing. School of Rock – The Musical & Broadway In Detroit will participate in The Broadway League’s Kids Night On Broadway program Wednesday, April 11. For this program, a limited number of kids tickets (16 & under) will be FREE with the purchase of an ADULT ticket at full price.

About School of Rock:

Broadway legend Andrew Lloyd Webber’s high-octane Broadway and West End hit School of Rock – The Musical is coming to Detroit’s Fisher Theatre, April 10-22, 2018. Tickets for School of Rock – The Musical start at $39 and are now on sale at all Ticketmaster locations, by phone at 800-982-2787 and online at www.broadwayindetroit.com or www.ticketmaster.com. Tickets are also available for purchase at the Fisher Theatre box office.

School of Rock – The Musical is based on the smash hit 2003 film of the same, featuring music from the movie, as well as an original score by Andrew Lloyd Webber, lyrics by Glenn Slater, a book byJulian Fellowes, choreography by JoAnn M. Hunter and direction by Laurence Connor. 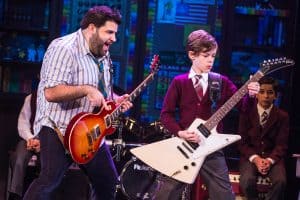 Based on the hit film, School of Rock – The Musical is a hilarious new musical that follows Dewey Finn, a failed, wannabe rock star who decides to earn a few extra bucks by posing as a substitute teacher at a prestigious prep school. There he turns a class of straight-A students into a guitar-shredding, bass-slapping, mind-blowing rock band. While teaching these pintsized prodigies what it means to truly rock, Dewey falls for the school’s beautiful, but uptight headmistress, helping her rediscover the wild child within.

School of Rock — The Musical is produced on Broadway by Andrew Lloyd Webber for The Really Useful Group, Warner Music Group & Access Industries, The Shubert Organization and The Nederlander Organization. Nina Lannan and Madeleine Lloyd Webber serve as Executive Producers.

Performance times for School of Rock – The Musical appearing April 10-22, 2018 at the Fisher Theatre, located at 3011 West Grand Blvd., in Detroit are:

School of Rock – The Musical & Broadway In Detroit will participate in The Broadway League’s Kids Night On Broadway program Wednesday, April 11. For this program, a limited number of kids tickets (16 & under) will be FREE with the purchase of an ADULT ticket at full price. Special pre-show activities designed for kids and families will also take place in the Fisher Theatre and Fisher Building lobby prior to the show. For details and more information visit www.broadwayindetroit.com/kidsnight