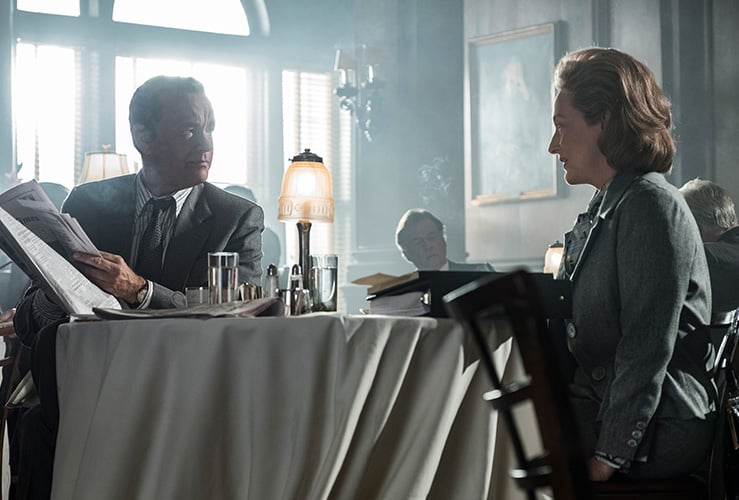 In what is probably going to be a well timed movie in a time of heated debates, The Post makes its way into theaters this week. The movie focuses on the release of the Pentagon Papers but the story actually has so much more to it, and relevance to the current political climate that it is a must see movie this year.

The Post takes you back to the 1970’s when The Washington Post was still a local paper and going public on the stock exchange just so they can keep the doors open. Their largest competitor (in their eyes) The New York Times publishes classified documents known at the Pentagon Papers, 40 years of research into the Vietnam War and the United States involvement in the war. When the New York Times gets served an injunction to stop publishing, the fight is on to find the documents and possibly publish the stories in The Post. But publishing could not only bring legal issues for the journalist with an administration that is against the press, but could also mean the end of the paper as they know it.

Overall the movie starts slow, and at first fights hard to grab your attention. But once the story gets going, you’ll find yourself wrapped up in the movie, the story and excited to see the ending. The story is a true story, and the fight for freedom of speech and press is strong throughout. It’s hard not to see the parallels from the story to what is happening now with the relationship between the current administration and the press. 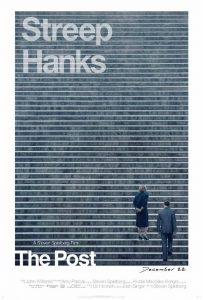 Academy Award winning director Steven Spielberg helms a powerhouse cast including Oscar winners Meryl Streep and Tom Hanks in THE PAPERS.  In June 1971 The New York Times, the Washington Post and the nation’s major newspapers took a brave stand for freedom of speech and reported on the Pentagon Papers, the massive cover-up of government secrets that spanned four decades and four US Presidents.  At the time, the Post’s Katherine Graham (Streep) was still finding her footing as the country’s first female newspaper publisher, and Ben Bradlee (Hanks), the paper’s volatile, driven editor, was trying to enhance the stature of the struggling, local paper.  Together, the two formed an unlikely team, as they were forced to come together and make the bold decision to support The New York Times and fight the Nixon Adminstration’s unprecedented attempt to restrict the first amendment.